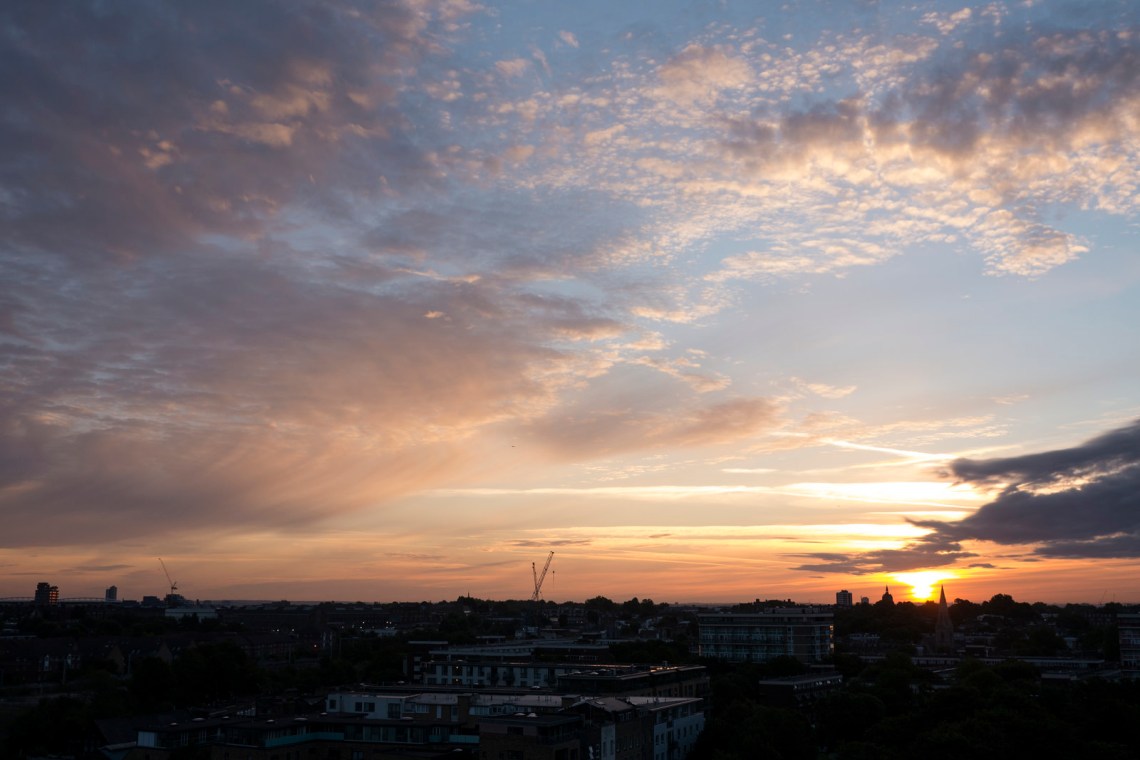 The dawn rises over the flat prairies to the East; a glowering ball peeking its head above Drumheller and the badlands behind it, splashing my kitchen with the hard, biting sunlight only a man who’s lived through a Canadian winter understands. I can’t remember the last time I’ve been up early enough to see the sun rise. Shit, it’s been at least five years. I was dating a French girl from New Brunswick at the time and one Saturday night we ate a handful of mushrooms and climbed onto the roof of an elementary school to howl at the moon and to see what that big star of ours looked like on its morning climb.

The sun was alive that long ago morning, and I felt it was reaching out to me, touching my body with its rays. But the old orange ball and I aren’t simpatico anymore. That was a lifetime ago.

In two hours, two unemployable yahoos will arrive with a flimsy moving van and charge me an exorbitant fee to haul my battered furniture from the home I had shared with my ex-girlfriend and 21-month-old daughter to a ground floor condo in South Calgary’s more fashionable neighborhoods. Many eager young couples move to this tranquil community to start their families, so there’s a bitter irony that I am moving there alone after mine has been torn to shreds.

This is precisely what makes grappling with the pain of losing someone you love so agonizing. The hurt is dynamic. It never attacks you the same way for long. The moment you are able to overcome one facet of pain, it changes. Once you get used to the idea she is no longer living with you, you hear she’s moved someone else in. The moment you accept that your partner intends to continue dating your best friend, you find out she’s pregnant and they’re getting married. How does one cope with this without the aid of strong drink?

What sort of beasts must we become to be able to accept these losses? Or worse, hand them out ourselves. When you know without a doubt that the person who loves you right now, will no longer be able to stand the sight of you in a year, or vice versa, what does such a realization do to one’s soul over time? No wonder everyone is getting fat, or sucking down a cocktail of antipsychotics and mood stabilizers before crawling into bed each night. We’ve become a nation of swine. And the worst part is we don’t know it. We’re living the Lord of the Flies writ large. A nation of entitled hedonists; a group of lazy, paranoid, delusional celebrities who see nothing wrong with kicking the heart out of anyone who no longer makes us instantly happy. The only way to cope with this New Breed of Human, short of drinking yourself to sleep every night, is by slathering on the war paint and sacrificing a pig’s head to the Monster.

That’s enough crazy talk. Thick necked men with an enormous butterfly net will come for me if I keep this up. What I wouldn’t do for a fresh batch of mushrooms right now, on the roof of an elementary school, rolling around beneath the climbing sun’s punch with another pear-shaped French girl.

Not only has the impending move, and the dissolution of my engagement to a mistake of a girl, caused a massive shock to my psyche and, possibly, my ability to ever crack open the ribs again and allow anyone to nestle against my necrotic heart, my ex has also taken with her half of the furniture. So, at some point today, while Snort and Grunt are reducing my belongings to rubble, I have to go about replacing a dresser, a headboard, a nightstand, a crib, a change table, some blankets, lots of cleaning supplies and, of course, enough junk food and booze to get me through the wretched ordeal.

Last night, I treated myself to a very expensive bottle of wine after another long drive home from work, but when I unwrapped the bottle, back in my empty kitchen, I realized I’d packed the opener in one of the six dozen boxes stacked in my living room. What followed was a most primitive scene. I struggled with the cork for half an hour like a caveman trying to crack a coconut. I tried to hammer a nail into the cork and pull it out with the hook end to no avail. Efforts to pop to cork by blasting the base of the bottle with my shoe proved fruitless as well. By the time I gave up and smashed the bottle at the neck in a rage, my dog was cowering beneath the kitchen table.

I swallowed many glass shards that night but they tasted like victory. What’s a little intestinal tear compared to the one in my chest?

Two years ago, on this very day, my ex-girlfriend and I were waking up to our first night as a couple living in sin. Melissa was four months pregnant then, barely showing, and I remember rising early, walking my dog around the new neighborhood and buying coffee from a Tim Horton’s inside an Esso station. The coffee tasted like the bottom scum of a Ranch Hand’s spittoon but I was too excited about life to care. Everything tasted sweet.

I should have known then that that life would disintegrate into ashes, with nothing to show for it but a half empty home and a very confused toddler. How did we get here?

I’m not an easy person to live with, that’s for sure. I have had six serious girlfriends in my life and I have loved maybe one of them – and it certainly wasn’t my baby’s mother. How long can a woman endure living with such a man before she begins to look for love elsewhere?

Two years in this case. And then she began going to the gym to meet her personal trainer and not returning until after midnight. She started hitting the nightclub every weekend and her phone would die, coincidentally, at the exact moment the club let out.

On the day her family – who hated me for unclear reasons from the get go – drove down to help her move her stuff out, I was hiding out at my mother’s so I wouldn’t have to amble around the house in my boxers while they drug out couches and tables.

I had my daughter with me, who had no idea that a bomb had gone off in her life.

I felt like a failure – still do as I write this at a kitchen table that will soon find itself in the dumpster across the street. I was always taught the value of family, although not from a member of my own. When you have a child, you should fight with everything you have to keep it together. But, once I realized what kind of person I had had a child with, there was nothing left to do but surrender, get heavy into the Glenfiddich and shuffle off to that rancid corner where single fathers go to die.

There’s no constancy to my emotions these bleak days. One moment I’m crying while watching Titanic, the next I’m picking a fight with a meter maid because I’m irritated by the color of their uniforms.

I go through periods of uncontrolled rage, where I’ve smashed my basement to pieces and jumped out of my car at a stoplight to stomp the sorry fucker who honked at me at the last intersection. I’ve also had a lot of happy, almost euphoric moments, where that sense of freedom becomes so overwhelming I want to grab the next woman I see and kiss her on the mouth for no reason at all except that I can.

But neither state lasts long. So I drift in a weightless cavity in between the two and dull my senses with booze. I’ve become particular to cherry vodka these days, and I drink myself to sleep on these cold, icy nights. This becomes a bit harder to do now that I am solely responsible for taking care of a toddler from Friday to Monday but I manage somehow.

Where once, I had someone to turn to for help when my daughter kicked up a tantrum, I’m alone with it. I’ve had to develop some very motherly qualities quickly. Ones I’m sure would make my father shake his head with disappointment.

Things are beginning to stir outside now. An obese woman walks her Bichon on the snow-packed sidewalk and the hillbilly across the street warms up his Dodge Charger. The truck will be here within the hour to whisk me away from the house I brought my baby home to from the hospital; the house I thought I’d raise a family in; the house that when Aliyah’s mother and I watched her get married a couple decades down the road, we’d remember as the place where this all started.

Now, it’s just a house. Walls, windows and, without furniture, a lot of room for the past to echo.