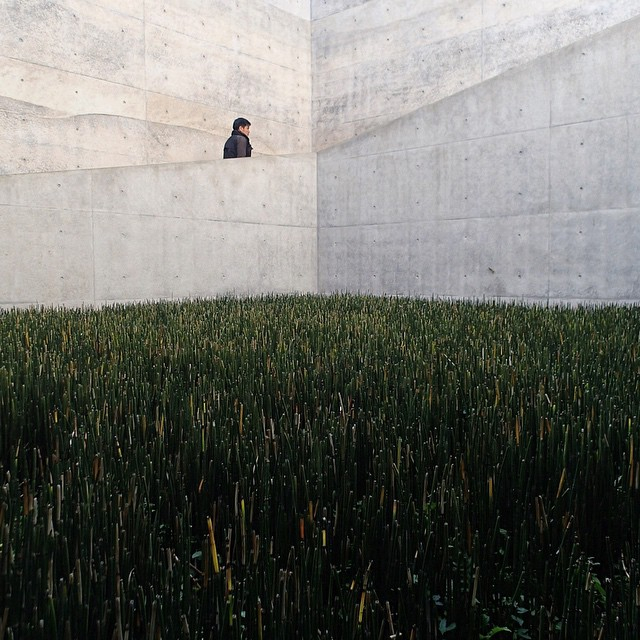 There’s some stupid ad on tv for oatmeal that shows a series of people of different ages nodding off (not on junk, you naughty kids, but presumably because they’re so tired) while the voiceover says lightly and knowingly says: “There’s an energy crisis happening, all right: a human one.” There is profound wisdom in this, even if the treatment and proffered remedy repeat the very problem it nominally seeks to solve.

As a society, we burn shit — or, rather, death — to make our machines go. There’s something so beautifully and insanely anachronistic about this. Cars, lights, factories, planes, computers, servers: to make them go, we burn shit, blow it up. It’s the same energy we’ve been using for hundreds of thousands of years. Unfortunately, burning fossil fuels as we do is destroying life on the planet and making the weather decidedly odd.

There are plenty of well-intentioned folks out there who want to change this. I often see them on the corners in San Francisco’s Noe Valley and Mission, asking me for a donation and a signature to help limit the burning of dead shit. When I read their brochures or hear them talk, I see that they focus on oil and gas and fracking and how it hurts us.

Unfortunately, I can’t help but think that they are part of the problem — as am I and, well, probably you, too. And not because we use, and indeed are wholly dependent on, all the machines that burn the dead things that scorch our earth. But because the energy crisis is less a crisis of the stuff out there — oil and gas and coal and such — than it is a crisis of me and you, of our energy. Quaker Oats got it right.

Nietzsche sees life as a matter of energy — its use, its preservation and expenditure and their effects on life, health, and vitality. To say No all day long to every sort of thing expends energy. To wake up too early to an obnoxious alarm clock; to fight traffic and douchebaggy entitled drivers; to find yourself in a cubicle or, just as bad, some hip industrial open space where you assume your position in front of a screen, surrounded by some mix of morons and friends all working to make someone you probably will never meet more money; then to wait on line at some half-assed food truck to eat over salted, if occasionally tasty, lunch at your desk; to find yourself gassy and needing to tend to business in a bathroom that affords no privacy; finally, to find the work day done only to navigate that demented traffic once again, get home, and deal with sullen, beaten down spouses and spawns: this drains our energy.

This is a crisis of energy in every sense of both words (crisis and energy, that is). We expend our vital energy — our full days, decade in and decade out — in order to fuel our economy that consumes dead fuels that are killing not just us but our future us. It’s a lose-lose all around. Yes, they feed us Starfucks coffee to keep us awake pushing pixels. But the fact is: we’re exhausted yet can’t sleep so take Ambien which leaves us stupid and numb. We’re anxious so popping Cymbalta; depressed, so Abilify (the #1 prescribed drug in America); Viagra, because we’re impotent. We’re so drained, we can barely function — all in order to serve a fossil fuel economy of consumption. So, well, standing on a corner asking for my money so some lobbyist can hedge the utter devastation of the planet seems misguided, if well intentioned (and even necessary).

I’m suggesting, along with Nietzsche, that we begin by focusing on our own energy expenditures. That we each put ourselves in a position, in an environment, where we can say Yes as much as possible. Oh, man, I love that! Picture it for a second. Picture a world in which everything that happens to you, all your encounters, your food, the weather, other people, all the asks and demands of you would leave you feeling and declaring a most emphatic Yes! Yes, this is the way to wake up! Yes, this is a breakfast I want to eat, that leaves me feeling strong and vital! Yes, here are people I want to talk to about these precise things! Yes! Yes! Yes!

Not only would we not be expending our energy fending off the asshole drivers and moron bosses of the world, we’d be generating energy. We’d be increasingly fueled by our encounters, by the food we eat, the people we meet, the environment around us. And then we’d feel less need to drive, flip on device after device, work for world dominating corporations. We’d be content — joyful, even.

In this sense, I am an environmentalist in that I believe that everything in my environment, including me, consumes or fuels my energy level. Nietzsche says that the great questions of philosophy are not What is truth? What is morality? They are: What do you eat? Where do you live? How do you recreate? Tend to these, he suggests, and you will maximize your energy conservation and, ideally, generate even more energy.

Now, imagine if our collective discourse on energy focused on this rather than on fossil fuels. It seems to me that talking about oil is what oil companies do. And so, in a way, those non-profits that talk about oil all day are oil companies. Sure, they might be necessary to help check the madness of ExxonMobil who, without thinking twice, would scorch the earth if there were a buck in it. But all these groups do is play into the very structures that propel the behaviors that are killing us. Yes, they keep the oil companies in check, more or less, because our collective body — that is, the government — serves the interest of Big Oil. So I thank the non-profits for doing what they’re doing.

But I also want to suggest that there be a real environmental movement, a real energy movement, that considers and operates with the energy we consume and distribute every day. I mean, if everyone focused on preserving their own energy, focused on creating an environment in which they said Yes as much as possible rather than endlessly parrying with No, then perhaps we’d all stop burning so much dead shit that’s tearing holes in the sky and in our souls. And maybe even be happy.

Read this: 50 Terrible, Quick Jokes That’ll Get You A Laugh On Demand
Read this: 15 Things All Badass, Fearless Alpha-Women Do Differently From Other Types Of Women
Read this: 19 Reasons Boxers Are Actually The Worst Type Of Dogs To Live With

You Can Blame This On The Moon, I Guess