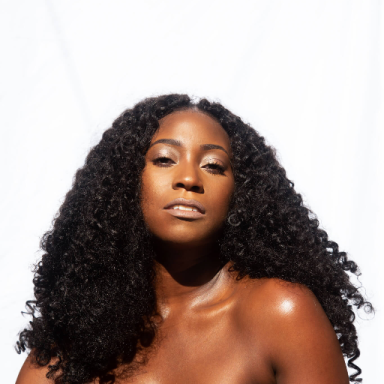 It could take a day, or even just an hour to change someone’s mind and heart. Baptisms happen after an hour of preaching, people denounce their old ways and become a changed human being. This is why apologies courtesy of everyone from your friends to your favorite celebrity have become the perfect plaster to a negative situation. The majority of the time, regardless of someone’s actions or words, once they say sorry, they are forgiven, and it’s forgotten with time. You merely dust away all past grievances, especially if what they did, barely impacted you.

As a Black, dark-skinned woman, I’ve had to repeat this practice of forgiveness forcefully over my lifetime. In elementary school, I stood in mediation between my peers and teachers, as my classmates explained that they didn’t want to share markers or toys with me because of how I looked. As a teenager, I remember the harsh comparisons of my Blackness in my circle of friends and off the lips of those around me quoting Lil Wayne, Jeezy and Fabolous lyrics.

One day, in a heated argument about dark-skinned vs. light-skinned women, one of my childhood friends, Xavier (fake name) made his mic drop statement. He said, “I know if I see a light skin girl with long hair it’s probably hers, but if a dark skin girl has long hair it’s probably a weave.” This statement stuck with me into adulthood, and I couldn’t quite shake it. I felt as though what Xavier meant to say was that if a dark skin girl were to have anything considered beautiful or appealing to others it’s probably purchased, whereas others, specifically light-skinned women, their aspects of beauty are organic.

Later, in our 20s I brought up this specific argument with my same circle of friends, Xavier included. I reminded them of their comments and repeated what Xavier said. He immediately jumped into defense mode, claiming he didn’t remember the comment but that he’s “been on a dark skin wave for a minute now.” After he emphasized his current love for dark skin women to everyone in the group, I had no choice but to let it go and forgive his younger self, even if he never really said sorry.

Xavier’s response was similar to what happened when I revisited a lot of old conversations with my peers — men and women canceling their older comments with new found love and appreciation for dark skin. Every time they told me about their change of mindset, I had to swallow my emotions, forget what they said in the past and move on, accepting their new and improved mentality. That phase in their life was over, and it felt like I must forgive.

I started to see this pattern on a larger scale. Celebrities and influencers were also recanting statements about Black women and Black Dark Skin women with comments that sounded less like an apology and more like a realization of their “oversight.” You know the apology that starts off with “I’m sorry if you feel…” To me, it became apparent that hating dark-skinned Black women was indeed a phase so many people go through and once they overcome, we accept and move on. This weighs on me and makes me anxious. I often don’t believe people genuinely want to be friends with me or date me as a dark skin Black woman. I question and dissect compliments about me because I’m never sure if the person making them went through that hateful phase or not. And if they did, are there remnants of it that still exist?

Why is it that my entire being and presence has to suffer the trauma of being seen as less than over and over again, only to later receive a “change of heart” notification. Why does everyone get to go through a phase of hating me just so I can forgive them later?

In 2013, A$AP Rocky mentioned that red lipstick isn’t for dark skinned women and only meant for lighter complexions.

After some backlash, he made the same type of apology I mentioned earlier. “I’m sorry if it hurt any dark-skinned girls’ feelings,” A$AP said. He then went on to say a few other things that made me cringe at the time.

“Black girls just, ah man, went crazy, they just took it how they took it. This is actually my second time talking about it ’cause I don’t really look at it as an issue. If people get upset at that I think it’s petty at the same time […] Black girls, you know how sensitive they are, but they our sisters, man. It is what it is, man. I come from a Black home, so I know how sensitive Black women can be. Especially when you talking about they looks or something like that. You can’t say nothing about they glasses, they nails, none of that because then you’re a womanizer or you’re a racist. I don’t know how I’m going to be racist. I have to wake up and look at my Black a-s in the mirror every day. It’s like, what are you talking about? But it is what it is, man. I’m proud to be Black.”

When he mentioned that Black women “went crazy” and were “sensitive,” it seemed like his entire apology was insincere. His conclusion was that Black women can’t accept blanketed statements about their appearance and because of that, they are crazy, sensitive and irrational. A$AP’s apology was flawed in that he truly believes telling Dark Skin women they can’t have equal beauty patterns as others is okay.

A$AP isn’t the only one that has made excuses for insulting, generalizing and devaluing Dark Skin women. Comedian Kevin Hart would make Dark Skin women the brunt of his jokes over and over again until it became uncomfortable to watch. The correlation between bad credit and skin color just didn’t make sense and it wasn’t time to laugh anymore. Socialites and songstresses like Maya Jama and Sabrina Claudio went out of their way to post memes, and create a whole other fake Twitter account mocking and degrading dark skin women — only to half-heartedly apologize later.

While some celebrities were praying to be lighter (Steff London), others were bullying their peers who were dark-skinned (Winnie Harlow).

Many famous people have made it their duty to inform others that being lighter is the status quo and that anything else equates to being less than. Rapper Hazel E made it a point of publicly stating that Dark Skin women are jealous of her because she is lighter. She assumed that the anger and dislike she receives from any woman darker than her stems from the fact they can’t achieve a lighter existence. Gilbert Arenas felt it was his duty to show us that no one truly thinks Dark Skin Black women are attractive. He even used examples of women in the industry as a way to draw his awful point home.

Lastly, if it’s not the people boldly making these types of awful remarks, then its beauty brands actively showing us that the darker you are the more of a mistake you are. Colour Pop did this by naming darker foundation colors ‘Typo’ and ‘Yikes’, in comparison to ‘Dove’ and ‘Gummy Bear’ for lighter skin tones.

Each time these files of Dark Skin hatred came to the forefront, some form of apology is issued and Black women are forced to acknowledge their “sorry” and move forward. Of late, Black women don’t even get the liberty of considering to accept the various excuses. We are often mandated and ordered by the public to accept it — told it was in the past or it was a young mistake and that we should stop being so sensitive (as A$AP mentioned).

But, let’s talk about the apology. In Celeste Headlee’s book We Need to Talk: How to Have Conversations That Matter, she writes about ‘conversational narcism’ — the desire to take over a conversation, to do most of the talking and to turn the focus of the exchange onto you. Headlee quotes a sociologist Charles Derber who further breaks down the kinds of responses in conversations: a shift response and a support response. The first type of response shifts attention back to you and the second supports the other person’s comment.

In a lot of the apologies pertaining to dark skin women hate, it almost always seems to be a shift response to a more significant issue at hand or a diversion from how dark skin women feel or have felt about the person’s remarks. The apologies are more staged to show their new, baptized self. Example, Sabrina Claudio apologized very vaguely for her old Black Girl troll account saying, “I’m sorry for the insensitive words.” In a second apology, when people called her racist and discriminatory she claimed it was a rumor,  “It breaks my heart knowing that this rumor has been created and is being spread out … Discrimination in any form no matter who it is directed to is not acceptable … My music is dedicated to empowering women … empowering all people for that matter; It’s what I represent. It’s what I’m proud of most.”

She is deflecting. This apology doesn’t address what she did, nor does it directly talk about her past thoughts on Dark Skin Black Women. We don’t know why she even felt the way she did. She quickly talks about her current mission through her music and shifts the conversation to a much more generalized opposition to discrimination.

But, once again, so many Black women have been subjected to accepting this apology and moving forward, hearing the reactions of, “She said sorry, what more do you want?”

So, let’s talk about the more that we want. What I want as a dark-skinned Black woman, who suffers many semi-apologies for dark skin hate, is proper acknowledgment and conversations with us — the victims.

There needs to be an acknowledgment before giving an apology. In fact, the two go hand-in-hand. An apology may come across as the safer thing to do, to clear your name, but a self-audit is the first step into addressing your impact, the effects and understanding the reasons behind why you thought the way you did. If my teachers had made my peers think about their choices to not share toys with me rather than passively ordering them to share, it would be different.

I want an understanding that people are not trends. You cannot insult a group of individuals during a period in your life because it was cool and then apologize later as you’ve moved on to the latest and greatest thing. Individuals like Xavier should realize that just because the rise of Dark Skin appreciation is happening now, it shouldn’t be used to recant your past comments. Instead, acknowledge why you view women, and dark skin women specifically, as commodities.

There’s no denying that more files about dark skin women hatred will come out of the woodwork from many individuals. We can’t control that. Sadly the “I once hated a Black Women’ phase is undeniably a popular topic in the archived files of many. What we can control, is how we address these moments. We don’t need more Dark Skin women revisiting old wounds they tried to forgive and forget. You may have been baptized once, but we’ve watched far too many baptisms already.