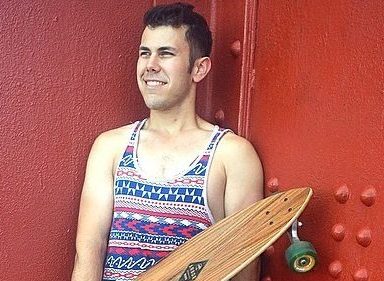 An anguished, high-pitch scream echoes through the corridors of what was once the west wing of Edgewater Hospital. Although it’s hard to discern from the scream alone, this one sounds like a woman. I rush desperately down the hall—phone in one hand, scalpel in the other.

I have to find Sara before it’s too late.

In the pitch darkness that surrounds me, I trip over something on the floor.

Although I can’t see it, a quick swath of the surrounding floor with my hand reveals what I suspected—a slimy, dead pigeon. Back before my phone died and I could see something other than a few shades of charcoal, we found these all over the hospital; large, glass jars—like the ones pretentious assholes keep their tri-color pasta in—each with a dead pigeon soaking in what I can assume by the noxious odor is formaldehyde.

I round the hallway corner and dash for room W7—the room where I left Sara. She’s still there, curled up in the furthest corner where I left her—sobbing; mascara drips off her chin as she pushes her wavy, amber hair out of her face.

“Six,” she moans, nervously checking her phone, “that’s the sixth one.”

Spend a night in the haunted Edgewater Hospital, the post touted, it’s a one-of-a-kind, spooky experience!

There were only eight spots available and I made sure that I got one of them—I was so excited.

It all began as harmless fun; everyone put on masks and did their best to scare each other. There was lots of laughter as eventually, everyone set off in groups of two to find a room to bed down in—that’s when Sara latched onto me. Even amongst people who signed up for a slumber party in a haunted hospital, nobody wants to sleep alone.

The first one seemed like just another joke: a loud scream, the sounds of a slight scuffle, and then silence—it was the perfect prank. That is, until Sara came running to find me.

“All the exits are locked” she gasped, her pupils wide with fear, “we’re trapped!”

The puzzle pieces were beginning to fall into place, the creepy pigeon jars, the lack of cell reception, and now the lock-in. “Maybe this is all a part of the charade?” Sara said hopefully, her eyes begging me to agree; but I could sense, somewhere deep inside of her, she didn’t believe it.

“Of course,” I said, trying to cheer her up—but I didn’t believe it either; something about the timing of it all was too stainless—it wasn’t the perfect prank, it was the perfect crime.

That’s when we hid in room W7. A rip-off Monet stared morosely down at us from the left wall as we entered, drawing attention away from the peeling paint and the mold growing in the corners where the drywall meets the ceiling. An old hospital bed crowded the right corner of the room next to one of those brown, metal chairs that only a masochist would enjoy sitting on. The far corner was empty.

My reverie is broken by Sara’s voice, she’s stopped sobbing now and there is a gleam in her hazel eyes.

“Did you find anything?” She asks.

I hold up the scalpel I found in the OR. “Just this scalpel,” I say, running my finger along the rusted blade, “but it’s better than nothing.”

I sit down next to her—well, as close as I can with her wedged in the corner.

“These pigeons are a nice fucking touch,” she says, “how sadistic do you have to be to kill all those birds?”

“Well, you can’t really blame ‘em,” I chuckle, “Chicago has so many pigeons they’ve got to be interbreeding and mutating—that’s how Jurassic Park started, ya know?”

No sense of humor.

Time passes with nothing but the utter silence to keep us company. You don’t really understand loneliness until you’ve sat alone in the dark, hunted by a nameless fear; something you can’t quite put your finger on, but you know in the end it will get you. You were predestined to be the victim. You are original sin.

I give her a dead stare.

That gleam has left her eye. She’s given up.

“I noticed the last few times that someone dies every hour, on the hour,” she turns her head towards the door, expecting—I suspect—to detect some movement that would indicate its her turn. She seems almost committed to her fate.

The clock turns 4 and I lean in close to whisper in her ear, “Fly away.”

I slit her throat decisively with my freshly cleaned scalpel.

Seven: the number of completion.

Chattanooga based writer with a love for travel, music, teaching, literature, long boards, and the outdoors.