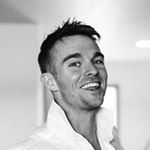 News last week of the development of two covid-19 vaccines gave mankind license to do something it hasn’t been able to do for a long time: imagine a world free of the coronavirus — and, implicitly, of chaos.

The writer and founding editor of Deadspin Will Leitch put it this way: the vaccines have given us license to “Dream of spring.”

This license most have embraced full-heartedly. It’s not hard to understand why. Before last week, the color of the world had been grim. Along with fear of the virus — which accumulated daily, it seemed, like wood smoke in autumn — our days had become infected by the anxiety of watching a lame-duck president, abetted by tendentious sycophants, attempt to gaslight democracy and disenfranchise one half of the electorate. Online conspiracies furied like light in a house of mirrors. In families and friend groups all over the country, frayed ties were finally severing, victim to frustrations we’d become too tired to manage and divisions we’d stopped trying to understand.

We’re still fearful, divided, and anxious, of course, but damn if it doesn’t feel good to fantasize about when we’re no longer sick, also.

There’s utility in this, too. Similar to the way thinking mid-marathon of bubble baths and lasagna can help runners grit their way through the rest of a long race, dreaming of a spring wherein we’re once again able to do things like partake in St. Patrick’s Day parades, or watch movies in movie theaters, or gamble on horses galloping dumbly around a dirt track no doubt will help many of us “hang in” there until the dark and disorienting winter into which we’ve backslid passes.

Since I read Leitch’s post on this, however, I haven’t been able to shake the admittedly puritan sense that this just isn’t enough. In my life, at least, I want to do more than merely endure the rest of this year; I feel obligated to also try to learn from it — to steep in it, and get to know it, so that it marks me, and so that I emerge from it changed.

I’ll admit, as well, that I’m not naturally so high-minded. Three weeks ago, my dad got sick. A test two days later confirmed that he had contracted the coronavirus. My mom — who, to stem an obstinate and steadily accelerating case of rheumatoid arthritis, had recently started chemo (which of course compromises her immune system, and embeds her firmly in the category of person for whom getting covid is a big fucking deal)— tested negative. But her and my dad live together. In the moment, it felt but a matter of time before she got sick.

Which was a prospect impossible to feel anything but leveled by. For my family, the pandemic up to that point had consisted mostly of quotidian dramas, miniature tragedies and challenges that the year’s circumstances had really only complicated, or made more challenging. No longer. Now we were in its teeth. It felt as if a formerly whispered-about army had breached our city walls, bringing with them artifacts of their conquest and lots of mean-looking weapons, evidence of their realness.

Quarantined, I cataloged my regrets. Among them was the fact, clear to me now, that I hadn’t taken the virus seriously enough. In at least some ways, I’d been stupid. I’d let my guard down — was it possible I’d given the virus to my dad? He’d watched our dog last week… I’d given him that hug…— and now that stupidity was bringing to pass precisely the thing I’d been warned it would.

I thought of the essay from Nicole Chung, published in Time, about the death this year of her mom; the goodbye they were denied; the funeral she had to plan over FaceTime. I thought of how Marilynne Robinson, in her novel Housekeeping, referred to a character’s death as a “sudden vanishing.” Though my parents had not yet vanished, it was suddenly possible to picture a world — composed of quarantines and consternation and scary, impregnable hospital wards — in which they had.

Miraculously, my dad’s symptoms never became insufferable — though they did seem to suck — and my mom, even more miraculously, never exhibited symptoms at all. Gradually, it became clear that my family would, for now, prove lucky.

It was not lost on me, however, the significance of the experience. It felt like a missed bullet. I, in turn, felt guilty. Why had my family been spared? Why had my stupidity been forgiven?

In time, resolving to learn from the experience — to put both our relative suffering and our undeniable good luck to use — began to seem like even more than an obligation. It was also a means of atonement.

As Thanksgiving approached, however, what slowly began to supplant my guilt was a sense of possibility. It was if the ceramic mold of my mind, hardened by misconceptions of maturity, has been warmed to a more humble state of mutability. And now, I feel newly amenable to making changes in my life.

To let it pass would be a mistake. The reason has to do with the limited way humans learn; historically, we tend only to internalize important lessons the hard way, at the hand of what we’re forcibly made to feel. Pain, specifically, is powerful. It humbles, nullifies pretext, obviates privilege — and reorients perspective. Without pain, truth—whether about relationships, physical health, or the cost of corruption—is just an idea. Reality, likewise, is inconsequential. What’s theoretical can be ignored, but what’s painful must be respected.

This is what Robinson is getting at, I think, when she writes about “sudden vanishing” in Housekeeping. Specifically in the first chapter, when she describes the love three daughters exhibit for their mother in the years after their father’s death. “They oppressed her and touched her as if she had just returned from an absence,” she writes. “Not because they were afraid she would vanish as their father had done, but because his sudden vanishing had made them aware of her.”

The opportunity of this winter, as I see it, is that it has taught us with such requisite tangibility what “sudden vanishing” really means. In doing so, it’s also revealed for us in unavoidable terms the tenuousness of the present, and the gift of togetherness, the truth that nothing is permanent, and that as such, nothing should be taken for granted. Everything you love, from your country to your family to your own beating heart, should be cherished with the urgency of a thing that you know can be lost.

There’s more wisdom to be derived from this year and from this winter, of course. One doesn’t have to be a political scientist to see that much of what ails us nationally, from the pandemic to the televised spectacle of our Trump’s ongoing coup, are products of our own bad decisions… decisions whose repercussions this winter has laid bare. And I don’t mean to sound totally humorless here; in the weeks and probably months to come, I intend to do my fair share of daydreaming. (I love St. Patrick’s Day as much as the next white guy with a drinking problem, just for example.)

But I do feel a responsibility to this moment — beyond even my personal context — and I think it behooves us to recognize it. One day, we will be responsible for relaying to younger people, documentarians, and perhaps incredulous aliens just what exactly being alive right now was like: the story of this winter and of this year. It’s up to us how we want to tell it and what we want to be able to say about how it changed us, if at all.

Perhaps most importantly, it’s up to us to decide how we want it to end.

This post was brought to you by PS I Love You. Relationships Now.