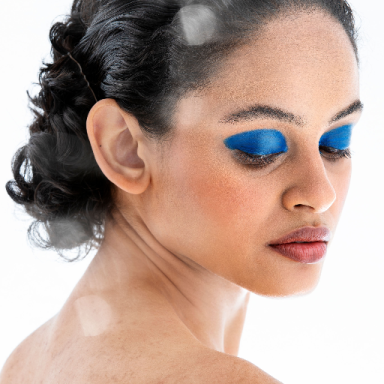 A woman who I never met, changed my life.

I was eleven years old when I kissed a girl for the first time. I knew I liked girls, but I was made to feel ashamed after receiving disgusted looks that my classmates dished out, a little too generously. It was because of that girl, my first crush, that I met you.

I hadn’t watched or even heard of Glee up until that point. But I had really wanted her to like me, so I watched. Episode after episode, after episode: until I found my reality in the character of Santana Lopez.

At a time where the LGBT+ were the definition of not seen and not heard, you depicted our everyday struggles. The battle between expected “normalcy” and radical self-acceptance during an already volatile period of life. You were never trying to start a revolution, but by shining the spotlight on the lived experiences of so many afraid and closeted teenagers, you did exactly that.

By the time I had truly experienced the hell that was high school, I had virtually grown up on Glee. Battles with my sexuality had only gotten worse due to excessive bullying at an all-girl’s school. But you gave me hope. A bad-ass queer woman of color—you became my role model.

It doesn’t matter that Santana was a fictional character. It is often fiction that becomes human therapy. A form of self-expression and healing.

Santana became a queer icon, helping so many struggling queer teenagers and young adults. At the end of the day, she is you. No Gleek could ever separate the two of you.

So, from the bottom of my heart, thank you Naya. Thank you for giving us representation when the world told us we were abominations. Thank you for teaching us to let our rainbows shine with pride. Thank you for consoling me through some of the hardest moments of my life. Thank you for showing me that I was not broken.

You truly did become a rainbow. Now we lay you to rest on a bed of roses and send you to fly high with the words of a thousand love songs.