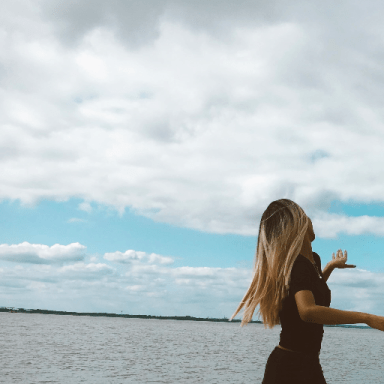 We’re always told not to feel. We’re convinced that we shouldn’t have emotions based off of what we see around us and the daily struggles and challenges we face throughout our lives, but it’s impossible not to have feelings. Others may be better at hiding them, but the truth is we all have them, whether we reveal them or not. Having emotions is not a bad thing.

Your emotions can teach you a lot about yourself and who you are as a person, and it can teach you a few things about other people’s emotions as well. You learn to understand human emotion.

There are eight core emotions, including hurt, shame, guilt, sadness, anger, fear, loneliness, and gladness. Behind all of these emotions reveal something greater and an even bigger idea.

We live in a generation where having emotions is looked at as the worst thing in the world and we are continuously disguising our emotions and building up walls that imprison our natural feelings because we know that if we show the slightest bit of emotion, it may lead to heartbreak, betrayal, or suffering, but the outcomes of your life shouldn’t be a reason to not feel to the fullest.

We may even be looked at as soft and weak, but our human emotions are strong, and they give us strength every day when we use them.

Each emotion within your body signifies something, and it lets your mind and body know different things that you may or may not have been aware of before.

It teaches you things about yourself and gives you an understanding of areas you misunderstood.

Don’t stress about what the world is trying to tell you. Don’t go scrolling through social media looking for that one quote that tells you not to have emotions and to just stop caring. Listen to your body and those emotional sirens that are trying to tell you something. How do you actually feel? What are your emotions telling you today?

Feel and don’t stop feeling until you figure yourself out and understand who you are as a person. You may feel some emotions less and feel some emotions more, but just know that emotions aren’t a bad thing. You’re not a sensitive, crazy, emotional wreck. You are a human being. God created you to be an emotional person, not an emotionless one.

The way you feel is important, and you shouldn’t hide away your emotions because of what the world says.

Never be afraid to feel—after all, you are human.

I believe in you. Spread love and be great.

Writing is my art of expression and creativity. Follow Daisha on Instagram or read more articles from Daisha on Thought Catalog.

This Is Why You Hold Onto The Pain

6 Things People With Sensitive Souls Are Tired Of Hearing

15 Things We Should Stop Making A Big Deal About

You Need To Tell People How You Feel

When You’re The One Who Cares Too Much