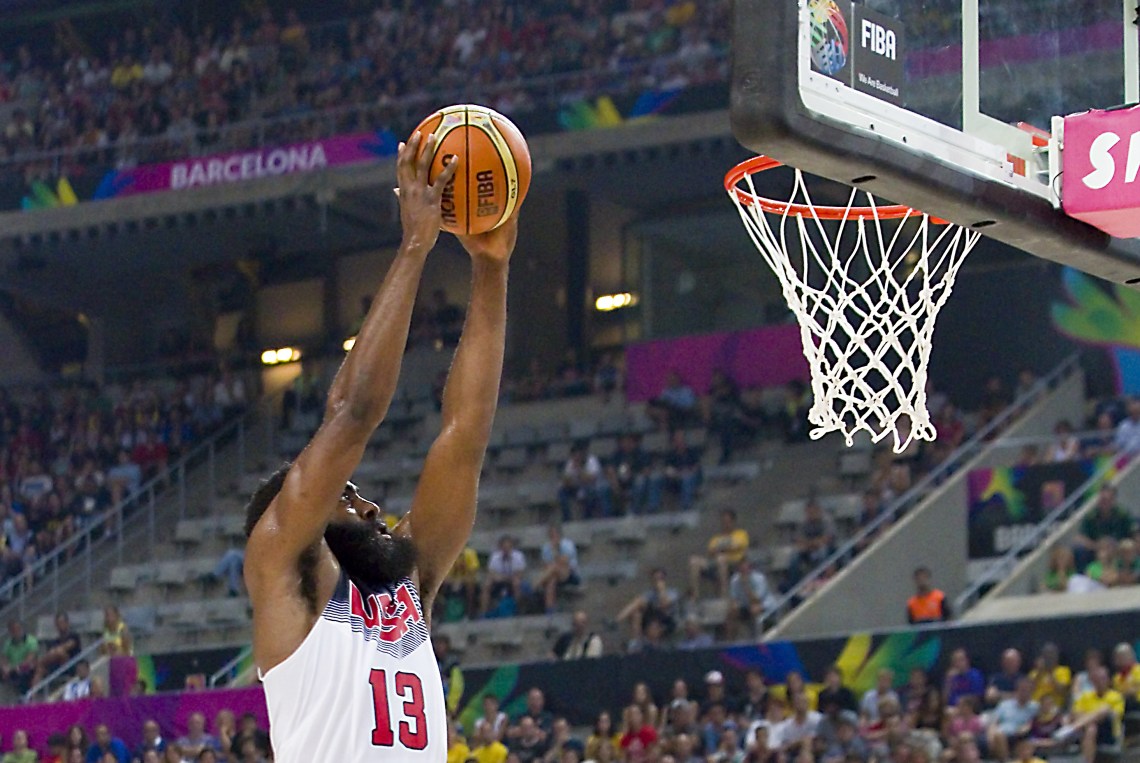 Picture a scrawny, wild-haired 9th grade girl in oversized shorts, panting on the sidelines of the shiny basketball court, and you’ll be conjuring up an image of me over a decade ago, wondering how in the world I ended up there. I was at tryouts for the JV basketball team, despite never having played a single day of organized basketball in my life. I naively believed that as a track athlete, I had the kind of athleticism that just needed to be guided by a firm but caring coach into excellence (like Blind Side!) But the coach disagreed. Coach Murray gently told me to “Practice and maybe try again next year.” Since she was also my geography teacher, it certainly made things a little awkward during 3rd period, but she was right. I had no business out there; so why was I?

Because I love basketball. Always have and always will. My earliest basketball memory is from the Chicago Bulls dynasty era. At that age, I followed my dad everywhere and whatever he did, I wanted to do. This particular Finals Season, I was watching the game with my dad and his friends. He proudly bragged to his friends “Crys Cross is my girl; she won’t fall asleep – she can hang.” I have never fought sleep so hard in my life. In the end, I think Jordan, Pippin, and Rodney outlasted me, but I will never forget that series. I loved basketball then because my dad did.

As I’ve gotten older, I’ve begun to view even the simple things much more critically. Things I innocently enjoyed as a child became less pure. Yet the more I learned about basketball, the more I respected it. Here’s why basketball is not only my favorite sport – it’s also the most American of all sports:

1. Basketball is more accessible than most sports (excluding soccer)

All you really need to play is a hoop and a basketball. Compared to hockey, golf, and even football, basketball has a pretty low barrier to entry. What’s more American than equality for all?

2. Basketball championships truly allow for the best team to win

As a Carolina Panthers fan (well sorta), I will never forget the Super Bowl of 2004, which in my opinion is the one we should have won. I remember thinking “Why can’t we just do best of 5?” But that’s not how football works. None of this “It at first you don’t succeed, try, try again.” It’s a wrap and you’re stuck hoping you can rebuild the magic next season. Not so with basketball. The playoffs series style (which admittedly is present in other professional sports), truly weeds out fluke wins and ensures the best team really does win. No whining allowed at the end about bad calls.

3. Success in basketball requires a unique hybrid of both individual and team success, (ask Kobe)

While football truly requires a unified team effort, and baseball can offer hope with a singular strong pitcher or hitter, basketball is a game where you need both. You need stand out individuals like Lebron James, Michael Jordan, and (I grudgingly say this) Kobe, to win a ring. But Lebron needed Wade, Jordan needed Pippin, and Kobe needed Shaq (at least at first). It’s the perfect blend of teaching America’s proud sense of rugged individualism as well as the mantra “There’s no I in team.”

4. Basketball is a true melting pot

More than any other professional sport, the NBA hires players and staff who represent an ethnic diversity that mirrors America’s gumbo. 53% of its head coaches are minorities. 17% of its players are international athletes. 78% of players are African-American.

And speaking of diversity and inclusion….

5. Basketball is often the first of American sports to change for the better

And there you have it. Baseball may be America’s pastime, and football may dominate in ratings, but basketball is truly the real apple pie of American sports.

Keep up with Crystal on awordorthree.com