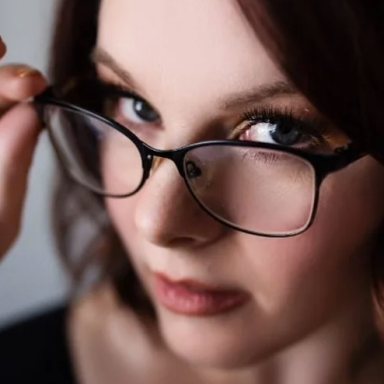 As a former therapist, I try not to go around diagnosing people. One of the first things we learn when training to work in the mental health profession is that we will likely see traits of ourselves and others within a diagnosis, but this does not mean that we (or those we know) have this disorder. Diagnostic criteria for Narcissistic Personality Disorder is more than how our ex overly admired their physique or tended toward being selfish. Those things might have made a relationship unhealthy, but that doesn’t mean the ex was a narcissist either.

Relationship articles about narcissists are all too common. I read another this morning, and the whole time I was reading it, I could see that the author used the term “narcissist” or “narcissism” multiple times but failed to use the one word that would have summed up her entire relationship: abusive. I’ve come to believe that it’s easier for most of us to use the word “narcissist” to explain our relationships than to identify ourselves as victims of abuse.

While narcissistic abuse exists, I find it interesting that one article and blog post after another will expound on the traits of narcissism without ever once mentioning abuse. In fact, we go out of our way to avoid using terminology that would indicate that we were abused and that our exes were abusive. Perhaps it makes it easier to dismiss and minimize our experiences, but I’m not convinced it helps our healing.

My last relationship was abusive. It took me about a year to be able to say that. There’s shame surrounding the experience of being a victim of abuse even though these abusers often love bomb us into falling for them before shifting into abusive behaviors. It’s not that we aren’t smart enough to see what’s happening, but we are also gaslighted into believing that our perception is somehow flawed.

In my experience, I was told that I was overreacting and too broken of a person to handle anyone loving me. We would break up, he would leave, I would start to deal with my experience, and he would come back to say that he was fighting for our relationship. It felt like it went on for ages, but it was really about a four-month process from the time the abuse started until I got out. I was being told that there was something wrong with me, but I knew something was just wrong.

In a way, I was lucky. I got out after four months of consistently abusive behavior. Some people stay in it for years. But whether we stay for four months or forty years, the experience is accompanied by a sense of shame, as if we should have been smart enough or strong enough to have realized what was going on and gotten out of it.

Still, a year went by, and I used a lot of words to describe the relationships. Unhealthy. Toxic. Deceptive. But “abusive” was a term it took a long time to use. After all, he never hit me or physically hurt me. I had grown up in a similarly toxic emotional environment, so it was that much more difficult to overcome childhood trauma to name what was happening as abuse.

But as I began talking out that relationship with friends and listing the incidents that still hurt to remember, I realized that I was talking about abusive behaviors. And if the behaviors were abusive, so was the relationship. The pieces fell into place. I had been abused. My ex was an abuser. I had simply been using the wrong language to communicate what happened.

Too many articles on narcissism focus on the narcissist’s inflated sense of self-importance or lack of empathy for others but fail to zero in on the abuse, our experience as victims of abuse, or how we heal when it’s over. It’s as if we’re still grasping for excuses to explain away our feelings rather than owning our full lived experience.

We don’t need another guide listing our abuser’s toxic traits, but maybe we do need to discuss what to do when we realize we’ve mislabeled our abusive relationships as something else.

We can make an effort to stop shame narratives around our own abuse. It’s not that we weren’t smart or strong or independent. Often, the abuser intentionally misrepresents themselves, floods us with feelings of love, attention, and acceptance, and then begins to ease into abusive behavior. It might start as occasional yelling, name-calling, or a fist through a wall during an argument.

Sometimes, it’s more insidious. It’s a hurtful remark delivered as a joke or body shaming disguised as concern for our health. It can start small, and often when we speak up about it, we’re told that we misunderstood the situation or overreacted. It becomes difficult to judge what’s real and what’s not. We don’t need to be ashamed that we were abused.

The shame doesn’t belong to us.

We can start to label our relationships accurately.
Instead of narcissist, we use the word abuser or abusive. We begin to classify our experiences not as mean or toxic but as abusive. We stop chalking it up to their personality and start talking about the experience of abuse. This isn’t easy, but it’s an important part of beginning to heal.

We begin to identify red flags in real-time in relationships.
I was fortunate to have a couple of close friends who helped me stay accountable. It’s how the abuse only lasted four months. When I noticed something that struck me as being wrong and off-kilter, I phoned a friend to explain what had happened. I could no longer trust my own experience — not with being constantly gaslighted into believing I was too damaged to have a healthy perspective of the relationship. I kept myself accountable by pointing out each thing I noticed to people whose opinion I trusted.

Still, it took four months for me to disentangle myself. But all along, I was getting confirmation that I wasn’t crazy, that what I was seeing was far from healthy. I doubt I brought up every single red flag along the way, but I certainly called out the biggest ones in calls to friends who could help me sort reality from the manipulation I was experiencing.

We can learn to identify triggers that have developed from our trauma.
This is an ongoing experience. It’s been years since that relationship, and yet I find that I still have trauma triggers pop up when I least expect it. A passing comment or missed call can bring those feelings up. It helps to be able to identify where that feeling is coming from so that I can process the experience. It also helps me to be able to communicate better about it rather than projecting it onto current relationships.

We can be honest with other people when we see signs of abuse.
We don’t do people a favor by telling them what they want to hear when it comes to abuse. I’ve probably become annoyingly honest, but when I see signs of abuse, I don’t call it “unhealthy” or “toxic” or “traits of a narcissist”. I call it abuse. When I see signs of abuse with friends, I say something like, “What you’re describing sounds like abuse” or “What happened was abusive.” I’m not pulling any punches anymore.

Part of my honesty involves writing about my experience in hopes that it will help someone else struggling to process a traumatic relationship they haven’t yet termed as abusive. There’s power in the words we use, and if sharing my story helps someone find the words they need to heal, then that’s what I need to do to help bring attention to what abuse is and how we can recover from it.

We can source outside help.
Therapy. Self-help books. Support groups. There are so many ways of getting help when we’re recovering from anything — including abuse. There’s no shame in asking for help or needing to share with others who can understand our experience.

We can forgive ourselves.
This one is a process. My abuser bonded with my children. While he wasn’t emotionally abusive to them, the end of the relationship was difficult for them to process. After it ended, I felt an enormous burden of guilt that I had allowed my children to attach to someone like that.

It’s taken a long time to realize that I did the best I could with the information that I had at the time, and I did successfully free us all from that situation. I can’t go back and change what happened, but I can forgive myself for not knowing any better until I did.

We can stop expecting abusers to give us the closure we need.
For a long time after the initial breakup, I sought closure from him. In part, because he owed me a massive amount of money that he’s now legally obligated to repay. To date, he hasn’t. While I absolutely intend to pursue repayment of the debt, I long ago stopped looking for closure from that source. He wouldn’t be capable of giving that to me anyway.

Instead, the closure I needed was perspective. I see the relationship clearly now. I understand that what was happening was abusive — that I was abused. I don’t need apologies or an admission of his behavior. I began giving myself the peace I needed when I stopped calling him mean and started calling him abusive. These days, I’m focused on my own healing, and that is all the closure I need.

For many of us, we avoid terms like abuse because it feels like a slippery slope. Especially if a relationship is reminiscent of our childhood. If we call the relationship abusive, we might have to identify those childhood experiences with terms stronger than “dysfunctional”.

But what if we did? What if we owned all the abuse we experienced so we could finally heal from it? What if we acknowledged our experiences, feelings, and need for healing without that heavy burden of shame? We might just heal ourselves.

Articles on narcissism often catch my eye. I remember writing them myself in the not-too-distant past. I read them, curious if this one will actually use the word abusive or if it will just dwell on the characteristics of narcissism without ever stepping into the realm of trauma and recovery.

Today, I’m holding myself accountable. I’m labeling my relationships with pinpoint accuracy. I know that the other words work, too. It was unhealthy. It was toxic. But until we can say abusive, we can’t really recover from our trauma as victims of abuse.

Crystal is a former therapist turned author, her work has been featured on Medium, Elephant Journal, Elite Daily, and The Good Men Project.