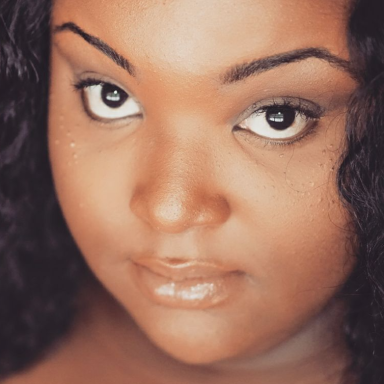 You’ve had an uphill battle thus far, and it seems as much as you try to move in the right direction, something puts a stop to the progress you’re trying to make. July will bring about a new opportunity for you, but it’s crucial for you to be cautious with this new opportunity because you don’t know all the details behind what is being offered. Slow and steady wins the race, and though it may seem you’ve been through too many wars with no victory, your reward will arrive shortly. July is the month for you to continue to work toward what you want diligently, and to be cautious with the choices you make. It is also going to be essential for you to get out of your head so that you can create and manifest what you want. Negative self-talk has been hindering you, so change the narrative.

In previous months, you’ve felt you missed an opportunity to do something or to have something. Whether this was in your career or your personal life, you’ve been down in the dumps about something you feel you were passed over for, or maybe you didn’t act on it in time. July will allow you to have a new opportunity that will provide you with both stability and emotional fulfillment if you put in the work. This month will enable you to reclaim your power and take charge of your life. You’re no longer waiting for things to be handed to you—you’re going after them full force in true Leo fashion. You’re strong, mighty, and though there may have been self-doubt, you remember who you are and what you have to offer. Use your confidence this month to make the bold and courageous choices you’re accustomed to making.

You’ve been holding on to a relationship or a job very tightly because you felt dependent on it. You believed this was the only one for you, or it provided you with a false sense of security. July will rip the security blanket from you and force you to freeze a bit, but it’ll be for your good. What you’ve been holding on to is no longer meant for you because there’s something better, but the only way to get something better is to let go of the old. A cycle is completing in your life, and this cycle could have begun around the new year. It will hurt a bit, and you may experience a period of isolation, but it will also bring you true happiness and fulfillment. Surrender to the process, or it will be even more challenging to navigate through this energy.

Sudden endings are happening in July for some of you. Though the ending may be abrupt and may come as a surprise, it really shouldn’t. You’ve known this situation was no good for you and was very toxic, and now those toxins have poisoned you. There is a spiritual/emotional death that will take place so that something new will be born. July will cause you to seek guidance and direction after this ending because you will feel completely lost and abandoned. However, once you navigate through this murky water, there is happiness on the other side. The only way out of this is to go through it. Do not fight what is inevitable.

Something has ended recently (or will end soon), and it left you feeling like you had been stabbed in the back. The situation hurt you in ways you did not even know were possible, and you felt defeated. You thought you would not be able to move forward after this, but that isn’t true. July will grant you the clarity and understanding you need as it pertains to this situation you’ve dealt with. Things that did not make sense will begin to make sense, and you’ll have much success after this incident. Changes are happening quickly, so be prepared.

Things in your life have been at a standstill, and you’ve felt stuck in limbo. There’s a decision that needs to be made, but you were having a difficult time deciding what you wanted to do. Your heart was pulling you in one direction while your mind pulled you in the other, and instead of merging them and making a choice, you’ve allowed things to remain stagnant. July will push you to make the best decision for you, and this decision is one that will have longevity. This month is all about trusting your intuition and allowing it to guide you in the right direction.

We are in Cancer season, which is your opposing sign, and its energy is going to pull on you hard. Capricorns, being very stable and grounded people, will start to feel less stable and less grounded as the watery energy of Cancer consumes you. This is an excellent time for relationships and love, and it’s vital that you put yourself out there. You’ve been hiding and burying yourself in work, but that won’t be possible this month. Things will be less about work and more about having a good time. There’s also someone coming into your life, and this is someone from your past, and it’ll be up to you to decide how you want to move forward in this situation…if you want to move forward at all. This person from your past has been sneaky and deceptive, but they’ve gone through a transformation that will make you reconsider what they have to say. July is all about working smarter, not harder, so you have more room to do things you enjoy (outside of work, Capricorn!).

You’re still in defense mode from a battle that has ensued. Though you have come out of this battle victorious, you’re still wearing your armor, ready to defend yourself; only, there’s nothing to defend yourself from. It seems you’re blinded by what was, and it’s keeping you from seeing what is. You’ve won the war, the opponents were defeated, and it’s okay for you to drop your weapons now. These defenses are causing you to have a very pessimistic outlook on your situation when there’s beauty all around you. The storm has passed, and it’s a beautiful, sunny day, but you’re still in your rain gear. July is your wakeup call because you’ve been out of touch with reality for too long and you’re missing out.

July will be a continuation of the story that has been playing out in a relationship you are in or have recently ended. This situation involved disappointment, hurt, and deceit, and once it was over, it left you devastated, and you didn’t know where to turn or how to move forward. You spent quite a bit of time crying over spilled milk while simultaneously wanting this person to come back, or at the very least, give you closure. However, there’s a shift in July that allows you to pick up the pieces of your broken heart and move forward. Once you stop focusing on what was and prepare yourself for what’s to come, magic happens, and you receive all the love you’ve been wanting. July will allow you to have a brief pity party, but it will also push you to move forward and get out of this slump.

For those in a relationship, it will ascend to the next level, whatever that means for you. The person you are with is someone who balances you well, and there’s a lot of love and happiness in this situation. July will be a time of expressing the love you have for one another and becoming closer than you already are. This is the relationship you’ve prayed for, and though they aren’t perfect—and neither are you—they fulfill you, and you enjoy being around them.

For those of you who are single, someone will enter your life if he or she hasn’t already, and communicate what they’d like to happen between the two of you. There are offers of commitment on all levels for the month of July, so soak up this positive energy.

July will shed light on things that have been hidden. Masks are coming off, and skeletons are falling out of the closet, and it won’t leave either party happy. This energy feels like a relationship that is on the rocks due to some secrecy or hidden agenda, but July will also provide healing energy for this situation. Whether you’re in a relationship or not, be prepared for information that will upset you, though it can be resolved with a clear and level head.

You’ve been trying to decide between two people or two situations, and you’ve had a difficult time. Weighing the pros and cons only seemed to make you more confused, but there is clarity in the month of July. This clarity will come because some form of deceptive behavior will be revealed, making it easier for you to walk away from one situation and choose a different path. This new path will offer both emotional fulfillment and balance, something that was lacking in the choice you will leave behind.

I’m Crystal Nicole, a twenty-something, hopeless romantic and lover of love on a journey to self-discovery and self-love. Oh, and I love tacos.

Astrology Based on your zodiac sign Horoscopes July July Horoscopes