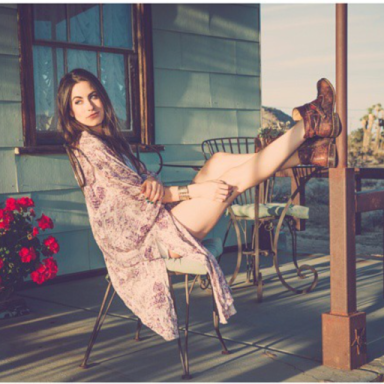 The way we hit on each other needs an update.

Even the name is fucked up: the verb “to hit.” When I think of being hit, allusions of being struck down, punched, or targeted bubble up into my consciousness. How on earth do we expect to flirt, connect, and ultimately find partnership when the basic language and mechanics of our mating strategy sound like a goddamn MMA fight?

While yes, the way we hit on each other has taken us on a ride far, far off course from our destination of closeness and connection, I believe, with a bit of adjustment, we can hop on the right path. It all starts with understanding the current underpinnings of the hit-er and hit-ee landscape.

Because we are all accustomed to being barraged, poked, and sometimes flat-out disrespected, we are wary of strangers in our “space,” both digitally and physically. We don’t trust the motives of interested parties. We have learned that conversation most often comes with conditions. Our guard is definitely up, and rightfully so. Our cruise control is set to “no,” no matter the online or IRL roads we are navigating.

The awesome thing is that now we have this knowledge out on the table. We’re talking about the elephant in the room, looking him in the eye. We now all have the chance to understand the existence of this guarded, wounded “no” and create space for “yes” to happen in. We now have a meteorically powerful opportunity to listen, shift perspectives, and hopefully, through that, create genuine sparks with others in a platonic-plus way. (Platonic-plus: it’s like romantic or flirty but without any pressure. I just made it up.)

So, here’s what we’re going to do: Instead of trying to “slip one past the goalie” the moment someone drops their guard, let’s invest that energy in making the other person feel safe. That may seem simple and intuitive, but it is actually the most elusive outlier in a stadium of overenthusiastic, underaware attempts at “successful” hits.

It’s time to shift what we see as a victory between the “hit-er” and “hit-ee”: the outcome in 2019 should no longer be to strike to win. From now on, the outcome should be to make the other person feel like a respected human being. “May I sit next to you?” “You look busy, but I wanted to tell you I love your look” or “I’m reading the same book — what do you think of it?” are all basic AF yet underutilized examples of aware, consensual conversational wins.

The best thing that might happen from that type of encounter? Garner some affirmative “yes” cues, exchange numbers, and get to know each other. The worst thing? A brief yet positive conversation. That sounds like a win-win to me.

Notice that this article is not a man-bashing manifesto. No particular person or population is a victim here; we are all the victims of not understanding and relating to each other properly. Somewhere along the way, we stopped communicating. We became more aggravated than active. We became win-or-lose-minded. We stopped seeing each other as teachers for one other and started seeing each other as targets. We stopped using our interactions as opportunities to lift us up and started seeing them as opportunities to strike down—hit on—each other.

In the spirit of solutions rather than complaints, below is a little game-plan poem just in case you forgot that it’s 2019 and we have the horsepower and guts to fix things that are broken.

Here’s a little connection manifesto to help swap “hitting on” for “lifting up.”

invite rather than invade

ask rather than assume

go for connection rather than conquest

look for cues rather than trying to be cool

focus on permission rather than your own persistence

be mindful, kind and fun

inquire, listen and drop your attachment to an outcome

even if you never speak again

the experience was a win

even if no one was “won”

We have a chance use this platform for educating and loving each other, rather than simply “hitting” each other over the head with all the things that are wrong. We have reached a juncture where we can listen, adjust, and take the dating game out of the Octagon and into our hearts.

Now, I bet you will never hit on anyone ever again. But I bet that maybe, just maybe, you will finally get that connection you were looking for.

the product is the process.

Don’t You Dare Let Rejection Stop You From Finding Success

7 Things We Do That Make Us Look Like Jerks

Meeting Strangers Online Is The Best Thing Ever