Skip to content
Report This Article
What is the issue?
“So I think I’d say, be as non-conformist as possible.” 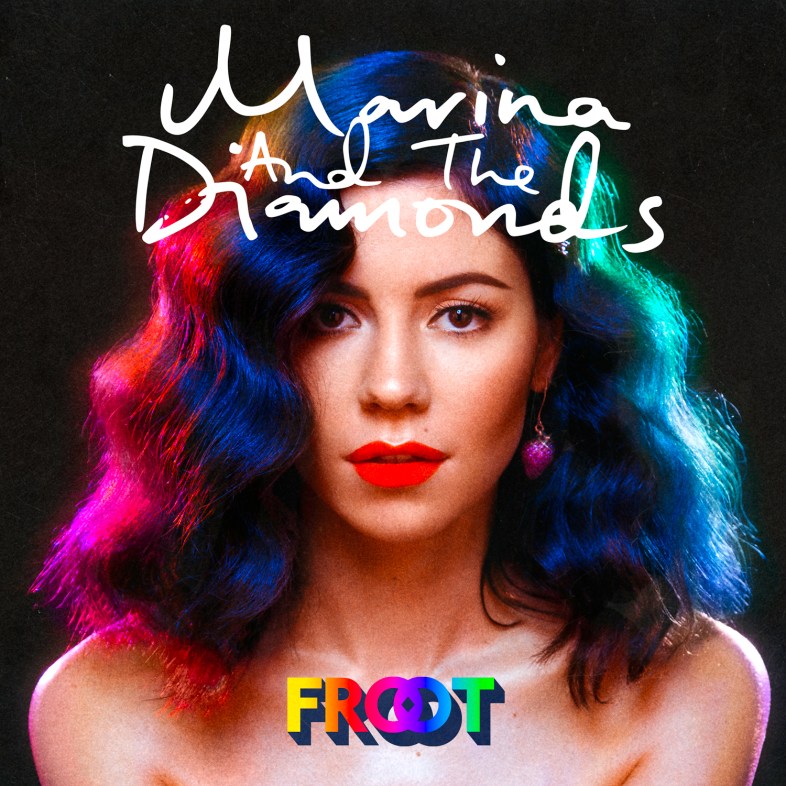 Marina is magic, I can’t put it any other way. Talking to her at Coachella 2015 was like speaking with the brightest most beautiful, sequin-shiny oracle—we were in awe by how accessible she was, how comfortable she made the conversation. It felt zen and dazzling all at once. Indeed, her performance and music are spectacular in their simplicity. Her voice is simply dynamic, hitting the jaw-dropping operatic runs that autotune just can’t recreate. Her live show had the jumping ‘Primadonna’ girls rethinking their humanity when she shed a tear singing ‘Savages,’ had everyone dancing in cathartic near-tears to ‘Blue’ and ‘I Am Not A Robot.’ Marina and the Diamonds casts technicolor spells over you. Here are some of the dumb things we asked— while we were stupid bewitched—and the sage advice she gave.

I loved the Family Jewels so much. I think on that album you dealt with these themes of wanting to be successful but like, still maintaining human connection with that wild success. That struggle. Do you think you carried those themes on Electra Heart, or on the new album, Froot? Or what were you dealing with on this album?

Kind of but, I mean, maybe a little bit. It’s strange, I mean my career is such a central thing to my life, and it’s also what I’m writing about—so it’s almost unavoidable to not talk about those themes or be affected by them. So Froot has elements of them, but not in a magnified way. Whereas, on the Family Jewels, the notion of success, especially for our generation, was very much central as well. Just talking about that. And it was more of me challenging myself, it wasn’t me critiquing anything. It was me just figuring out what I actually wanted.

If you could pick five emojis to describe your new album, what would they be?

Oh, that’s easy—fruit emojis are an essential part of my campaign to be honest! But I think they’d be the grape, the sparkly, you know, the dazzle thing? The crying with laughter—and, ooh, the martini glass! And oh, one more. Maybe um, the purple heart! Ultraviolet. I love ultraviolet colors. Also with my stage production, that’s the theme.

Well it feels like on Froot your visuals are hugely important. It seems like you have very specific ideas of how your visuals portray your music, or at least that connection is palpable. Do you have any videos that are coming up that you’re excited about?

Video-wise, I really want to do one for ‘Savages,’ even if it’s like not a single, I think it needs a video element. But in terms of singles, I might do one for ‘Blue’ in the next month. It is very much tied to what I do now, and it’s very nice to be known for that, because I think in the beginning like say, on the first album, people don’t know if it’s like your team doing that or like, the artists themselves. But it is me, and it is not part of the songwriting process but once the songs are done, it’s a hugely satisfying thing for me. And like today, it’s probably the first time I’ve ever had a stage production at a festival. I had hardly anything before, and Electra Heart wasn’t really a festival album, it was much more pop crowds. I didn’t really do any festivals for it. So taking album out on stage is going to be cool.

Where do you feel like you want to perform Froot the most?

More just in terms of demographic, I wasn’t being booked for festivals on Electra Heart. Froot is actually quite suited to festivals, there’s a lot of rock elements in the production, especially live. Also for Froot, tropical places like Coachella are *makes popping noise* perfect.

Our readers really crave stuff about being lost and figuring out how not to be—you were successful at a young age, what would you say to yourself at 21 or 24 about finding success and happiness—what do you feel like you needed to hear at that age?

I think to stop worrying, but it’s so hard. And the main issue that people in their teens and early twenties have is that it’s very difficult to shut out those external kind of influences which are telling you like what to be, how to be, and who to be. That’s very hard, and you have to have a very strong character, and a strong mind actually as well. The mind is the hardest thing to train. So I think I’d say, be as non-conformist as possible. And you know, I think if you’re different or you are a non-conformist, it’s hard to find people like you sometimes. But people like that will come. Like, I didn’t really find my group of friends until I was 24.

That’s how old we are now! You’re giving us hope.

Seriously, the more that you do things that are true to yourself, the more you attract people who are of your ilk as well. So that’s my advice.

How To Actually Make New Female Friends In Your 20s

It’s Better Than I Ever Even Knew: The Power Behind Lana Del Rey’s Flower Crown Cult