Report This Article
What is the issue?
Alesso is a lot of things: DJ, producer, an almost 24-year-old guy who just wanted to get this interview done and do stuff. He wasn’t rude, he was just stoked to see his squad (“they’re in from Sweden, we’re all together! Finally!”), play his set (“new stage production, so excited, going to be crazy, bring some people out—”), and scroll through his texts to find his favorite emoji (“it’s very specific!”)
Alesso is just like you or me, but he has thousands (millions?!) of you’s and me’s sweating and making out and dancing to his music. Here’s what he had to say about the things we said.

So, you have your album FOREVER coming out. Safe to say you’re excited?

I’m so fucking excited, it’s a milestone for me to release this album—something I’ve been working on for…18 months.

You also had a videogame collaboration come out recently—so what are your five favorite video games?

Your videogame collab is robbery-based: if you could rob any bank, which one would it be?

Ha, uh—probably a Swedish one? Just for the hell of it…get my taxes back.

Okay, so, politics are covered. Getting to the issue of world peace here, what are your favorite emojis?

My favorite one is this one, I don’t know what you even call it.

*Scrolls through his text messages in front of my face, casually, as if he (curiously) has nothing to hide*

It’s this one, this is my favorite one of all time. They updated it! They changed where it is! Did they get rid of—where is it—wait, wait, okay! This one: 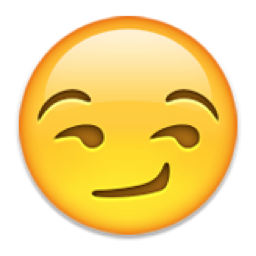 He looks so sneaky. Or hands in the air? 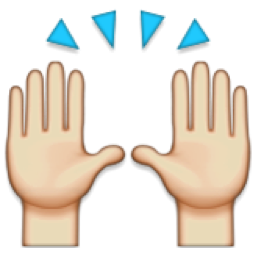 The best thing about emojis, no matter what, is that you’re sending a happy message. No matter what it is about, it’s not too serious.

TRUE. Getting more serious, then, if that’s even possible—which track on your new album are you most proud of?

I’m proud of all of the tracks on the album, because they all mean so much to me. Every song is an emotion I’ve been having. Every track has been like, meaningful to me in a different way than the next. And as a whole, it’s so much to me—I can finally show who I am as an artist, as a producer. I had a great time doing Under Control, Calvin and Theo. Tove Lo too, it was very easy. We just had fun, and all the collaborations have been so great. But I’ve always been putting out single after single—and not that many actually—so now, with this whole thing that’s just my own, I get to show who I am. Exactly myself, my work—for everyone else.

15 Things I Learned About Coachella By Actually Going There

The 20-Something Quarter Life Crisis, Getting Cast On Reality TV, And More With Big Brother Winner Dan Gheesling