It’s always raining in medical dramas, especially on Grey’s Anatomy, which takes place in Seattle, Washington, which is an infamously depressing and exhilarating place: I’ve heard that it’s home to a nearly year-round overcast and a lot of beautiful, tall buildings and smart people who make a lot of money by occupying them.

I was thinking about Seattle in the ambulance. Seattle-Grace hospital, the fictional one, that is. My brain was drunk on excruciating pain, I was strapped to a stretcher and I felt more stoned than I’d ever been, I felt wasted — but I was sober, it was raining, it was cold, I was sweating, my abdomen ached, my mouth felt dry.

All I could think about was sex and ab exercises and astronomy: I asked the paramedics what the hospital would be like: “is anyone going to save my life? Everyone tries to have sex in closets, I’ve seen the shows, you all fuck on break —”

Kind paramedics and nurses admitted me into pediatrics, cartoon elephants danced their way along the walls, my not-boyfriend lingered somewhere in the ether. They escorted me to a bed, their hands lingering over my lower back, I was dizzy: “can you make it okay?”

Dopamine pushed me over the edge, confident as hell and craving the solace the tiny cot promised, I bucked: “I’m fine!”

I leaned forward, vomited on my feet and pissed myself. Then I blacked out. 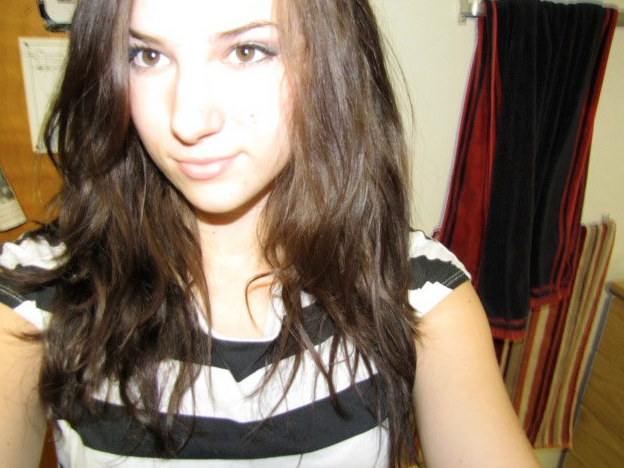 At that time in my freshman year of college, it would appear that my goal was to be as depressed as possible: I mainlined Grey’s Anatomy DVDs, a very cheap and cheesy emotional heroin that made real life feel easy in comparison to the sex and death and bad dialogue.

I spent most of my time making out with my high school ex-boyfriends in their respective dorms — I’d managed to transfer myself to the state school where they were both enrolled. I was a glutton for punishment and they were both pretty into that; it’s amazing what 19-year-old boys will convince themselves is endearing, twisted turn-ons are everywhere when you’re dumb, pretty, and enrolled in a university that encourages you to challenge yourself academically. Challenging academics lead people to procrastinate however they can: stress, exes, bad TV, Super Smash bros, Traveler’s Club vodka, greek life, and, of course, sex.

When one of of the boys I was with became tired of being told about Glee or Sex and the City, or bringing chicken wings to my apartment at 12AM at my beckon call, or just sick of my shit in general, I’d direct my attention to the other.

The triangle of it all felt horrible and exciting, dramatic and gross, cheesy and delightful — it was just like Grey’s Anatomy.

My fate was sealed in the middle of the spring semester: one boy challenged me and said I’d dismissed his offer to be my boyfriend (“you lie about everything, it’s impossible that you don’t remember the biggest thing”), while the other said he did not want to be my boyfriend at all.

Guess which boy I thought was a good idea?

The boy who did not want to be my boyfriend at all became my boyfriend, for all intents and purposes — those intents being sexual (19, taking too few credits in school, human) and those purposes being to depend on each other emotionally, entirely, until we were unofficially living together on the top bunk of his dormitory bunk beds: the people formerly known as ‘a couple’ were now just, well…we were ‘that’ couple. We were the worst.

But we loved each other, I was sure of it: we wrote poetry to each other on blogs that we swore no one else knew about (we were both showing them to other people, accusing the other of being a hack), we ate meals together, we criticized culture together, we hated everything the other liked and I thought that was so endearing, so pure: all we had in common was each other! Opposites attract! My eye-rolls were “I love you”-s, my obsessive jealousies that led to micro-debates in the dormitory lounge with girls smarter than myself were presents; I was a scrappy stray cat killing birds and laying them on his doorstep.

We were in the kind of young love that is lazy in a bad way, the StumbleUpon of relationships, a big newsfeed of romantic and physical distraction. We’d have sex and fall asleep: top bunk, cramped space, tired from days of classes.

Twin extra-long dormitory beds don’t make for great sex, but you will try anyway. On the top bunk, you will not want to get up to pee afterwards. You will know that this is a poor choice but the blanket will be so soft and the pillows so right and you will drift to sleep and the next day you will wake up in pain, but not intolerable pain.

At least that is what I did, until the pain — from infection, spread from the urinary tract to the bladder to the kidneys — was too much. I left an astronomy exam after filling Scantron spaces at random, tank top sweat-soaked under a black Beatles hoodie blanketing my shoulders, shielding me from almost-snow, the kind of rain that’s too stupid to freeze.

The happy ending is this: after hours of IV fluids, an ultrasound, a loud phone call with my worried father, and much speculation as to whether or not I was pregnant, they figured out the source of my infection. My kidneys had nearly given up and my stupid high pain tolerance didn’t let me know the difference.

The doctors gave me antibiotics that would turn your urine Gatorade orange, swapped out some blood, and sent me home. I signed my hospital bracelet and gave it to my not-boyfriend: “my hero,” Sharpie-scrawled.

I want to tell you that I know better now, but all I know is to make the “after” ritual a habit: peel yourself off the bed, get up, put on a tee shirt, his boxer-briefs, whatever you can find, walk to the bathroom, avoid a dumb near-death experience. I want to tell you that I’m smarter and older now, six years later, but I am just more careful.

He put the bracelet in his drawer and while I was recovering, he opened my laptop and went through my messages and found several to the other ex. The triangle was back on, the rain continued, the drama went on, and Grey’s Anatomy stayed on for too many more seasons. Everything terrible, everything as it was.

Read this: 17 Sex Positions And What They Should Actually Be Called
Read this: 15 Signs You’re Trying To Get Your Shit Together But Like, It’s Hard
Read this: This Is How We Date Now
20 Somethings 30 Somethings Boys College Couples Dorm Sex Girls Grey's Anatomy Health & Wellness Hospitals Humor Love Love & Sex Relationship Relationships Seattle Sex Sexual Health UTI Writing & Expression

17 Women Reveal What It’s Really Like To Have Vaginismus

I Sleep With Strangers I Meet On Craigslist