Report This Article
What is the issue?
Even the most functional, enviable, cute, stupid in love couples fight. Sometimes they have tiny emotional wars that you wouldn’t even be able to see from an outsider’s perspective. Here are a few of the entertaining, subtle signs that even the healthiest couple is one false move away from a “you ALWAYS do this!” style blowout. 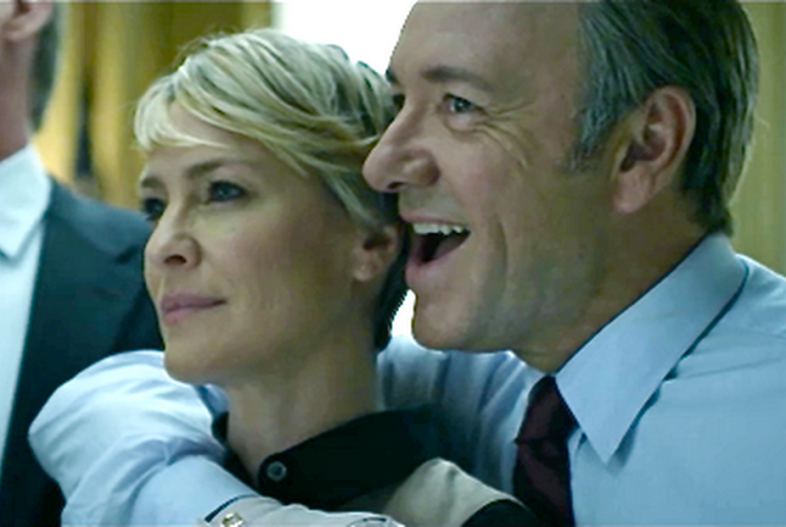 They are eating dinner (or any meal, but dinner is very intimate and sacred to couples who work during the day) at the same time, but each person is sitting on an entirely different piece of furniture.

They keep looking at each other and smile-nodding, like you would do to an acquaintance if you saw them on the street.

When in a public setting together, they aren’t speaking at all, but they walk up to each other at regular intervals to interrupt conversations with, “so are you ready to head out soon?” Then they look at each other and smile and say, “yeah just let me say bye to _____.” This translates roughly to, “yeah, if you’re ready to stop being such a dick.” Hint: they will go outside to argue quietly at some point and your drunk ass won’t notice.

4. The “You Didn’t Agree With Me” Silence

One of them says something the other didn’t agree with. It leads to a tense, pouty silence that can only be salvaged by a suggestion to go get food. Innocent bystanders see this as a long pause.

5. The “You’re Not Giving Me Enough Attention”

It may be playful, but it’s real. Giving and receiving attention is crucial in relationships. And when someone isn’t getting enough, they’ll ask for it. And if you dally (because you’re on the computer doing work), they’ll get “angry” with you. When you see a couple doing this, it looks like one person is playfully nudging the other like a pet who wants their tummy rubbed. The realness is that the pet is actually a monster, waiting to unleash its fury.

You’re with a couple at dinner, say you’re on a double date. One of the two people in this couple compliments someone else. It doesn’t seem sinister or weird at all, it’s just a compliment. The other person sees this and thinks, “oh, so you think you can just— oh. Well. I’ll show you.” They proceed to compliment everyone else, and it turns into a weirdly nice night for all involved, besides the couple themselves who will definitely fight about this in the car home.

“What’s wrong?” one lover asks the other in a whispering, yet audible voice in a line of friends at the bar.
*Long pause, other looks back*
“…It’s nothing!”
*They smile, but know that something is horribly ruined*

You’re the third wheel to a happy couple. They are kind of quiet, but you don’t think anything of it. One offers something to the other, something totally innocuous and semi-thoughtful like a glass of water or a bite of pizza, and the other replies with a quick, “I’m good!” in the exact same tone as you’d use with a waiter.

Couples who walk around holding hands, so tight that it looks like one is afraid the other could escape, are mad sus.

Watch any couple descend into passive aggressive indecision when one makes a suggestion and the other replies with an sickeningly sweet, disarmingly noncommittal, “whatever you want, babe!”

Friend who’s in a relationship: “hey, how r u and that person you’re seeing?”
You: “eh, the same. IDK. casual. they’re weird. How r u and *insert name of boyfriend or girlfriend*”
Friend who’s in a relationship: “SO. GOOD. Ah. Just so good. best. Blessed. #blessed. lol jk but really. no problems. 99 problems but we aren’t 1. haha. yeah no we r a lot like that one TV couple that is perfect, that is who reminds me of us. Here is a gif of that and 22 Reasons Why Our Relationship Is Like That One—”
You: “ummm….k?”

When a healthy couple is fighting and you make some kind of sex joke to them in a group setting, like, “oh so I bet you guys had fun last night!” they will respond with something waaaay too hyperbolic, like, “yeah we boned for like six hours until I threw my shoulder out and she hit me in the face, right babe? LOL”

Catch any person in the dog house of a relationship letting their lover rest their weary head on their shoulder, because they know they have to repay an unspoken debt as a result of being, in some way, *the* asshole. This person will sit there, eyes wide open, terrified of moving and waking the beast with any slight movement.

The coldest thing you can do to the one you love in a group setting? The ultimate curve? The subtle gawd ‘I’m pissed and you should know but no one else will’? Letting your significant other tell an entire *thing* and then turning to them and saying, “sorry, what?” Later, you will talk about this and be like, “what, how was that rude? I don’t know what you’re talking about.” And you know what? True love is your significant other being like, “you’re full of shit…but okay. Let’s get food.”

A Letter To The Guy You Won’t Give Up On

Choose Your Own Adventure: Going Out To Eat With Your Long-Term Monogamous Girlfriend

It’s Not Your Fault Your Parents Hate Each Other