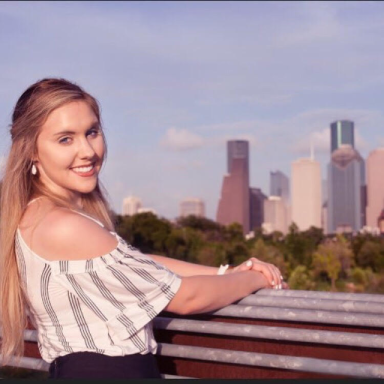 Ted Bundy received hundreds of love letters while he was incarcerated, and the groupies were in abundance during his trial.

But it didn’t stop there.

Decades after the serial killer’s execution – even after the initial wave of hype in early 2019 – there is still no shortage of women lusting after him. Some even refer to themselves as “stans” and have created fan pages on social media for Bundy.

The epidemic seems most common on Twitter, where followers of both Bundy and equally infamous killer Charles Manson, were recently feuding.

It would be interesting to see one of those individuals have the opportunity to sit down with Kathy Kleiner at a New Orleans Starbucks, just as I did when she retold her told her story of resiliency after narrowly surviving a brutal attack by Bundy in the Chi Omega sorority house back in January of 1978.

“Early in the morning, I heard the bedroom door open,” she remembered. “And it kind of brushed the carpet. It didn’t slam on the wall or anything, it was smooth. And I guess I wasn’t sleeping very hard. I’m laying there, not awake not asleep, and the next thing I hear is the trunk between our beds being flipped over and everything falling off. Now, there’s a noise. And I’m laying on my left side, trying to open my eyes and I saw a figure.”

The attack that would follow was so vicious, Kleiner couldn’t tell whether her attacker was human, animal or something else.

“He broke my jaw in three places. Up to my ear was cut open and I almost bit off my tongue. It didn’t hurt. The first blow just felt like a thud. It wasn’t painful. I’m laying there, trying to figure out what’s going on, and this figure was all over the place. It didn’t just hit me and walk. Then a couple feet over, Karen woke up. So, this person went and attacked her and hit her with the same long he had hit me with. And I’m laying there, kind of cringing because I don’t know what’s going to happen next. Bundy didn’t like to leave victims. So, he came back across the area and he tripped on the trunk again because the room is pretty dark and came back over to my side. And I’m waiting for the next blow.”

Just then, Nita Neary’s headlights flashed through the window. Kleiner remembers a brilliant white light, and the savage creature getting spooked and immediately fleeing the scene.

“The beating had stopped. My face really hurt. It was unimaginable pain. I remember holding it and feeling the blood and the warmth in my hand. And in my mind I was screaming and yelling for help, wondering why no one came to help me. But in reality, all I was doing was making gurgling sounds. A little bit later, Karen walked out into the hallway and one of the sorority sisters saw her and that she was all bloody, and then they went back to our room, and that’s when they saw me. Then they called 911. The first thing I saw was a police officer and it made me feel so good. I felt safe, like this person or thing wasn’t going to go back and hurt me again.”

Kleiner never lost consciousness, and she remembers bits and pieces of the incident.

The damage afterward was so gruesome that first responders thought it had been inflicted by a gun, rather than a wooden log.

Kleiner does have some thoughts for those who spend their days obsessively praising the serial killer on Twitter pages and blogs.

“I think they’re lonely, they’re frustrated sexually. I think there are a couple of components that make them do this. You know, it’s a bad boy.”

She’s had the chance to look Bundy in the eye, something only of dreams in the thoughts of his deranged fans.

“When it was my day to testify, it was emotional. I remember hugging on the paramedics. I sat on the witness stand, and I saw the defense table and then I looked over, and there was Bundy sitting at the prosecution table. He was sitting in there with his hand under his chin, you know, like he does.”

Kleiner made a gesture, putting her thumb under her chin and rests her index figure on the side of her face.

“I looked right at him and I stared at him. The questions I was asked, I have no idea. I know I answered them, but I couldn’t tell you what they were. All my focus was on that. I felt empowered because ‘look at me, I’m on this side and you’re on that side. I didn’t feel scared, I didn’t feel intimidated. I wasn’t going to stop looking, though. The defense asked me just a couple questions, and the last question was, ‘is this the man you saw in your room that night?’ And I had to say, ‘I don’t know.’ As much as I wanted to help, I didn’t see him. And that hurt, that I couldn’t help.”

While many of Bundy’s fans wish they could bring him back, they need to take note of the ways he continues to live on.

He’s the physical and mental trauma his survivors, and parents of those who weren’t as fortunate, endure every single day.

I had no interest in it until I was attacked by Ted Bundy. https://t.co/Kt57bNm44q

Kleiner’s jaw was wired shut after the attack, and had to be rebroken again for proper healing. There was such a lack of bone and support that her chin had to be wired as well.

Kleiner suffers from Temporomandibular Disorder, and doesn’t have feeling in part of her face.

She’s had several surgeries, with her most recent one being two years ago. When the pain gets to be too much to bear, Kleiner goes in for another operation.

There’s nothing wrong with some curiosity — Kleiner is just as fascinated as some of the hybristophiliacs are, but in a much healthier way.

There’s a way to channel this interest into something more positive.

She hopes for a more in-depth study of the man who took the life of her friends – and nearly claimed her own – in the future.