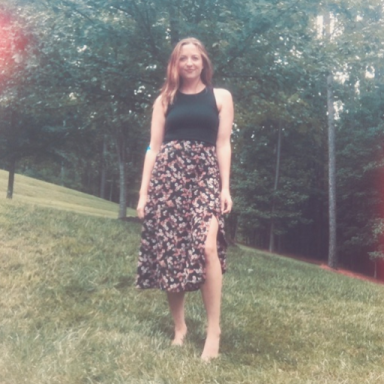 I dated the wrong one for over two years. He was not a bad person, he was just not the one I was meant to end up with (and probably someone I had no business dating in the first place). What started out as a random fleeting attraction soon became a full-blown relationship before I could blink. Looking back now, these were the signs he was not the one (and that I should have broken up with him sooner).

1. You are constantly battling. Every single thing they do irks you. You argue over everything and anything. Tumult and anger become the norm for you both.

2. You could go for days without talking with them and you would be fine. Heck, sometimes the silence is better. FaceTime/Skype calls are nonexistent. Your parents even comment how little you talk with them when you are home.

3. You daydream about meeting other people. If you are daydreaming about other people, about a meet cute with someone else, then you probably should not be dating.

4. You fantasize about how to breakup. I used to dream about being alone and single again. Sometimes I even daydreamed about moving away and how I could blame the relationship ending on the long distance.

5. You are embarrassed to be seen with them in public. PDA does not exist with you, even if that means just holding their hand. I was not excited to be with him; I wanted the rest of the world to see us as just friends. Granted, I also believe that the other extreme—constant butterflies—is not healthy either. Chemistry is not everything in a relationship. But damn, looking back, I did not even like hanging out with him.

6. People (coworkers, friends) don’t realize that you even have a boyfriend. As a pretty private person, this is not weird for me, but I never brought him up in conversation, never said, “Oh my boyfriend this this this,” hardly ever posted about him on social media. Some people are more private than others, but the fact that everyone thought I was single meant something.

7. That voice in your head is consistently getting louder, questioning if he is the one. That pit in your stomach, knowing that you need to leave.

8. You feel like life is passing you by. Like you are being dragged out to sea, barely able to keep your head above water. You feel like you have lost yourself.

9. You cannot see them at the end of the aisle. You cannot picture your wedding with them, and you cannot see yourself walking towards them on your big day. That should send those alarm bells ringing! I could never picture our wedding, let alone me walking down the aisle towards him.

10. The feeling deep in your gut that you are destined for the greatest love, and this is not it.

I stayed in a relationship for far too long because I was scared. Scared to be alone. The best thing I ever did was walk away. If it is not a fuck yes, then it is a hell no. Life is too short to settle, to be with the wrong one.