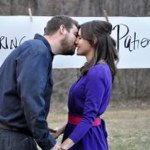 Nothing brings out the myriad personalities, interests, traits and goals of a group quite like a party. From the wallflowers to the social butterflies, it’s interesting to see who gravitates toward the dance floor, who’s by the punch bowl chatting with a small group of friends all evening and who would rather be at home curled up in front of the new Grey’s Anatomy instead.

It takes all kinds of kinds to make this crazy, beautiful world spin and while there is no one personality type that’s better than the next, it takes someone outgoing to liven up a space and add immediate energy. Is that you? If you’ve ever wondered how a party atmosphere changes the second you walk in the door, read on. Today, we’re sharing five definite signs that you’re, in fact, the life of that party, even if no one declares you as such.

1. You Speak to Everyone You Can

While anyone can change the music to something groovy and turn it up full blast, there’s more to being the life of the party than simply adding a fun vibe. Those who truly electrify a room do so by conversing with everyone they meet. Do you tend to stick to your small circle of friends or are you willing to “work the room” and make everyone feel included and noticed? If it’s the latter, you’re turning more heads than you think and adding just the kind of positive energy that a party needs.

If you see someone visibly nervous or uncomfortable in such a fast-paced, loud setting, you do your best to put a smile on their face. You ask what they do for a living, who they know in the room, and what their hobbies are. You aren’t afraid to introduce yourself to someone you’ve never met and strike up a conversation. The best part? You’re genuinely interested in what they have to say and aren’t just doing it for publicity’s sake.

2. You Plan Ahead for the Party

It’s hard to be the life of the party if you just roll up in your sweats without any idea of who’s coming or what’s going on inside. While no one expects you to write a thesis about the art of partying, you do your best to plan and prepare for the event ahead of time so you’re as polished and ready as possible. For instance, if it’s a work function, you’re sure to go over the names of interns and other colleagues you don’t see on a regular basis so you don’t have a majorly forgetful moment when you’re speaking with them.

You may also come equipped with a great playlist, some festive decorations or a few snack items to share with the group. Turns out, the age-old etiquette rule of never showing up to a function empty-handed is one that still stands today. Whether it’s a bottle of wine or a cheese platter, you don’t mind supplying some fun and flavor. If you’re playing bartender for the night, you take the role seriously. Maybe you concoct a custom themed drink for the evening, or you research current cocktail trends to see what’s seasonally hot and on point. Regardless, you come armed with just as many ideas as shakers.

3. You Can Tell a Fantastic Story

Though you’ve been walking around the room striking up conversation after conversation with everyone you come across, at some point during the evening, everyone is gathered around to hear what you have to say. This is where your expert storytelling chops really get to shine. Are you comfortable speaking in front of a large group of people? Do you love to embellish your tales and add plenty of minute details to add emphasis? Are you cool with fielding a ton of questions from interested listeners?

If so, you’re adding tons of entertainment to the party and allowing others to gravitate toward you. This puts you at the nucleus of the room and gives you a platform. Use it wisely! It’s important to read a room and understand which topics will be off-putting or polarizing and to steer clear of those unless you want to stir up unwanted and unnecessary controversy. Stick to fun stories about the biggest fish you ever caught, that time you met a famous person at the airport or how you and your significant other first met. You’ll amplify the intrigue and make everyone feel like they’re a part of your journey as you do so.

4. The Photographic Evidence Points to You

There’s nothing like waking up the morning after an epic party to scroll through the hundreds of pictures you took the night before. Then, you can usually hop on social media to view the event through the eyes of others. If you’re the life of the party, your mug will be in almost every shot. Keep in mind, however, that there is a fine line between owning the event and overruling it, and walking this line is an art. You don’t have to steal the stage every time you have the opportunity to. Rather, let someone else get in the shot and offer to take the picture instead, on occasion.

Chances are, there will still be plenty of pictures of you singing karaoke, telling that infamous tale, mixing drinks or cutting a rug in the wee hours of the morning. Be sure your friends get into the frame, as well! Years from now, you’ll cherish the group shots more than the selfies.

5. You Stick around Past Closing Time

When the clock strikes midnight and everyone’s calling it a night, you don’t just cut out and leave the host all alone to pick up the clutter and get the house or space back to normal. Rather, you stick around, help fill the trash bags, put that lamp back in its proper place, straighten picture frames, and wipe down kitchen counters.

You know how much work goes into throwing a party, likely because you’ve thrown plenty yourself. You’re willing to lose a little bit of shut-eye if it means helping your friends out.

Then, you’re the one making the giant pot of coffee at 6 a.m. and inviting everyone for morning-after pancakes at the local diner. You know that a great party is one that leaves everyone feeling great and reminiscing the morning after. You pull your weight and do your part to make sure the after-party is as relaxing and rejuvenating as possible.

Of course, as the life of the party, you carry a special role. You’re the one getting everyone jiving, talking, relaxing and enjoying the atmosphere. While this can feel like playing the part of a lifetime, it’s important that at the heart of your social conquests, you’re making true connections. Being the start of even the best party can feel empty if you’re just going through the motions aimlessly.

These events can offer ideal opportunities to learn more about people whose opinions, cultures and backgrounds are different from yours. When you ask them questions, listen intently to what they have to say. Then, at the end of the night, make sure everyone is well-accounted for. Call cabs or arrange rides for those who need them and make plans to hang out later to learn more about your new friends. In this way, you’ll go from being just the life of the party to its heartbeat.

A work-from-home mama of two who loves fashion and family.