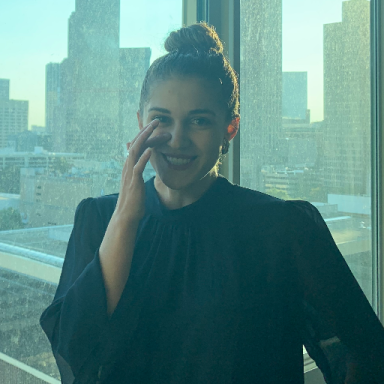 You just weren’t it. I thought you were what I wanted, but rather, you were only a taste. I learned that you weren’t what I wanted at all, but rather only a sliver of it. I didn’t realize what I even wanted to begin with, but after some time I started realizing just how much I wasn’t getting, how much was missing, when deep down I wanted all those missing pieces all along.

But regardless, I want to say thank you. Because had I not met you, I would have not learned what I want and deserve. Thank you for leading me to realize that I deserve so much more. And that more IS out there. You weren’t able to give me that, but someone else sure will some day.

Ladies and gentlemen, if you feel you’re not getting what you deserve in your relationship, leave that shit. Get out. Stop wasting time being unhappy. You can’t change a person or ask them to be something they’re not -— sometimes they’re literally just not it. And the more time you spend being with the person whom only gives you a little, you’re cutting yourself off to the world and potentially multiple other people who CAN give you all that you deserve and want. It’s like sticking at a job you don’t like or benefit from anymore.

Please don’t settle. When you settle for less, you’re saying yes to “I want less than,” you’re putting out into the universe that this little bit is all you want to receive. When you’re going along with it just because, you devalue yourself and your worth. Get out of that shitty relationship and fall in love with yourself. Because someone who is secure in themselves and confident and happy on their own is the best kind of person to love. They’re content on their own and know their worth, so they’re not going to settle for less than.

When you love yourself fully, you don’t have time for “less than” — you will only have eyes for what you deserve. And you will get it.

Just sharing some of my thoughts on life, based on experience

Breaking Up What You Deserve