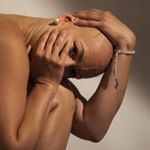 Maybe she’s in Switzerland on a ferry with a glass of wine on her way to a castle. Maybe she’s in South Africa standing in the back of the safari truck, one camera focused on the lions, the other hanging off her shoulder. Maybe she’s in Swaziland, laughing with the people in the village when they try to teach her a new song to sing. Maybe she’s in Mozambique, smoking shisha and drinking beer with the friends she just met. Maybe she’s in Germany marveling at the citadel while eating a schnitzel at the top of her hike.

Maybe she doesn’t have to be in some far off place to make herself inaccessible to you. Maybe she’s back home, but she’s busy. Maybe she’s writing, photographing, or painting… she’s not thinking about you. Maybe she’s rock climbing and rappelling off cliffs. Maybe she’s killing cancer. Maybe she’s doing both at the same time. She’s not keeping herself available until you fit her into your schedule. She took a weeklong trip just because, she signed up for that class without waiting to see if you wanted to join her, and by the time you decide to think of her, she will already have plans.

She is busy living, and isn’t going to “wait”. The one who can keep up with her is the one that she will meet along the way.

And maybe you could have come with her, but you didn’t want to. Wherever she is, and whatever she goes through, she’s gotten there, and she’s owned it, without you.

In The Middle Of Her Heartache, She Discovered Running

I Miss Her, But I Have To Move Forward

This Is Me Trying To Love You Less