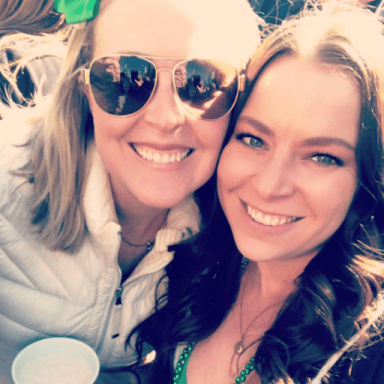 Have you ever had that feeling where you are just utterly, stupidly happy, that you know you’re finally getting everything you deserve? Like the universe is paying you back for all the shit it put you through?

And then I found you. You made me feel alive; you made me want to be a better person. To stop doubting myself and my worth. You made me truly and fully believe that I was finally getting the love I deserved.

It’s laughable how much of a fool I am.

I was finally in a place where I was ready. I went through more than anyone should ever endure. But I grew, I learned, I loved myself. I was ready for you.

And I thought you were ready for me.

We weren’t perfect—we both had baggage. Loving me can be a burden, but you never acted like it was. We were two fucked up people, but when we were together, everything felt right. Everything was right. I thought I found the person I was meant to be with for the rest of my life. I knew in my heart that no matter what problems came our way, we would be okay. That’s how solid we were. Even after everything I have been through, I trusted you with my life.

You told me you felt the same way. You let me believe in you, believe in us.

But then you saw something you didn’t like and you ran. You didn’t give me the respect to have a conversation, you didn’t care enough to try to work it out. You found your excuse to leave and you took it. You made assumptions and excuses and placed blame on me.

I was so used to being heartbroken that I almost became numb to it. But you made me feel again. I never second guessed anything when it came to you. I knew what we had was real; I knew we would make it through everything. With you, I never questioned where I stood, I never had doubts, I never second guessed us. You were my person, and I was yours.

I didn’t think my heart could break in this way.

If you care about someone, you don’t run away the second it gets hard. The right person will stick around through the good and bad times. They won’t abandon you when you need them the most. They want to be with you even when you get scared, when life gets dark, when it gets hard, when it gets real.

Because I was all in, I never would have left you. No matter what happened.

But I need to be with someone who is going to give me that respect back. I deserve more than someone who runs the second it gets hard. I need to be with someone who is all in and loves me no matter how hard it gets. Who can give me the respect of trying to work it out. To at least be able to have a real conversation with me. If you can’t be there for me when I need you the most, you don’t deserve to have me at my best. You don’t need to like everything about me, but you need to be able to tell me that. You can’t just run away and leave me in the dark and then hold it against me.

I was blindsided and you wrecked me. I wish more than anything you weren’t another lesson I had to learn. I just wish you cared enough to stay.

Nothing happened in the way I wanted. You made me think we were forever, and I almost bought it. It’s easy to move on when it was all fake, when they never had good intentions. But you were real—our love was real. We wanted the same thing; we wanted the best for each other. You said you were lucky to have me, that you were lucky I was yours, lucky I gave you the chance to love me.

I can’t breathe when I think about the fact that you’re gone.

I won’t force you to love me; I won’t force you to stay. I won’t let you make me feel like I’m not good enough. You made me think that you would always choose me. You made me believe we would never give up on each other. But you gave up on us. You gave up on me, and you made it seem so easy. You didn’t even try to make it work. You didn’t even try to fight for me, to keep me, to care about me. You made me think I finally got it right and then broke my heart in a way I didn’t think was possible. I just wish you believed in me the way I believe in you, that you saw me the way I see you.

I wish that you believed in us the way I did. Because we almost had it all, but in the end you didn’t believe that I was worth it.