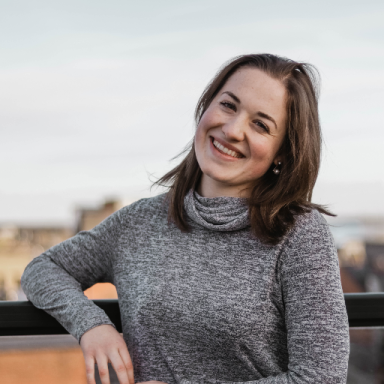 Writing this to you is not easy. It’s been years, but you’re still in my heart. Doesn’t that seem crazy to you? I know it is. I can’t help it though, that’s just how I love. When someone gets into my heart, the release is slow, gradual, and painful.

Lately I’ve been trying to figure out why letting go of you has been so hard. WAS it love? The potential of love? Sometimes, I think it was. Then other times, I’m reminded of why we fell apart, and I don’t know if I can let myself call it love.

You had no problem calling it love, though. I was always envious of that. You were never afraid to say what you felt. As our relationship progressed, this quality made me fearful and cautious. It was all happening too soon and too fast for my mind and heart to decide on a direction. According to my own personal beliefs, speaking of love before fully knowing someone could only lead to disappointment and disaster. I didn’t want us to end in disaster.

I was young then, with so little experience with the emotions I was feeling for you — curiosity, lust, affection, warmth, hope. I wasn’t ready for the kind of relationship we could have had. When it all ended the first time and you moved on with so many words left unsaid, I blamed myself for so long and convinced myself that I was the sole reason for our sudden ending. I beat myself up for the months following, berating myself for not being ready, for not being brave enough.

I guess I hadn’t fully learned the lesson I was supposed to have, though, because you came back into my life many times after that. Each time you did, you painted a different version of yourself in my mind, surprising me every time and showing me that love is a lot more complicated than “girl likes boy.”

Through it all, my feelings for you never lessened until one fateful morning when I finally found the courage to say what I felt and told you how badly I wanted you. I had been yearning to rewrite the past and fix the mistakes I thought I had made. The moment was thrilling and out-of-body. It was a sweet release.

Which made me forget about the strings that are attached to exposing a bare heart.

Your response was honest, I’ll give you that. It was also lacking the respect I knew I wanted. You crushed my heart and diminished any romantic love I had left for you. And again, you didn’t fully close our chapter. So it was my turn to finish things.

That was the real beginning of the end. The connection we had was started by a nervous girl, unsure of herself, wanting so badly to be worthy of all the things she had been worthy of all along. The woman who finished the story no longer wanted to tip-toe around her emotions. She no longer believed that the things she wanted were ridiculous requests. This time around, she trusted herself when she knew your words and actions were not right.

But when you came back for a second chance after I had spilled my insides out to you, it broke my heart all over again. I couldn’t say yes to you. It was no longer my heart and brain fighting against each other. This time, they were on the same side and speaking more clearly than they ever had before.

I would not allow myself to be a consolation prize for you when it was unclear to you whether she wanted you.

You’ve been with her for over a year now, so maybe I did us both a favor. I still hate that you put me in that position and made me feel that way. The worst part was that you were okay with putting me through it.

You came into my life and made me believe for the first time that I was beautiful and desirable. You also made me feel worthless and weak, two things I have since learned that I am not. If I were truly weak and worthless, I would never have found the strength to let you go.

This is not a letter of anger, though. I have since moved on from that stage of mourning our “what if?” story. I have learned that forgiveness can truly be a cure for just about anything.

Despite you shattering this illusion of Prince Charming so many times, you are too much of an important piece in my growing. I could never just forget you. I am starting to realize now that underneath your impossible and stubborn exterior, there was a boy who also just wanted to love and be loved.

I still wish we hadn’t missed each other. But pondering over the “if I had said this” or “if you had done that” has never done me any good, and I’m done messing with my mind over you.

What I will always think of, though, is whether or not we ended up being lovers, I think we could have ended up meaning a lot to each other. And people like that are so important to have in life.

Maybe we’ll cross paths again — I think I’d like that. If it doesn’t happen though, I think I will be okay with that too. At the end of the day, I know my person is out there for me, and they will love me like I want to be loved. The months I spent crying and suffering over you will be casualties of what I had to go through to become whoever I’m meant to be in the future in order to be ready for my person.

I see so many things much more clearly than before, and for that I am grateful. I can look back with clarity and understand why things had to happen. I am even more confident in the fact that I can love someone with a full heart.

I need you to know that I am so grateful to have had this experience with you. My dearest wish is that we will both be happy.

I love you, and a part of me always will, despite all of our mess.

Currently trying to find the balance between adventure and uncertainty