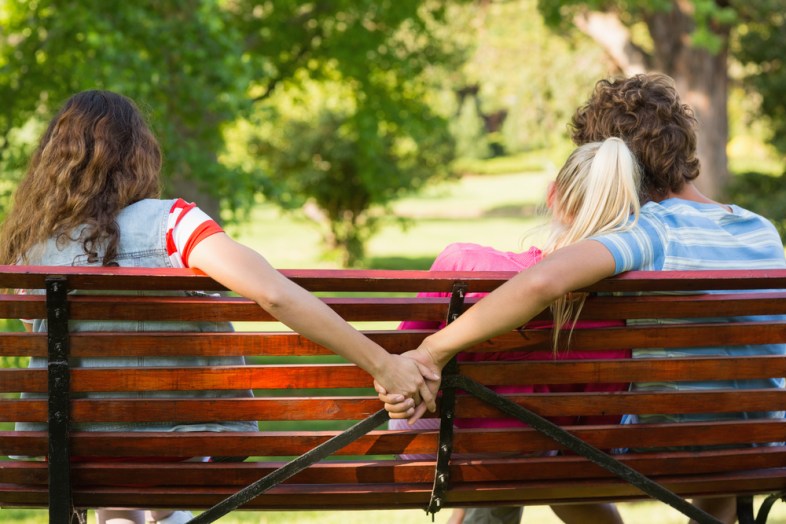 It’s a much-debated topic, the double standards of sexuality. Men can get away with sleeping around while women are often seen as ‘sluts’ when doing the same. However this is not the only double standard, women are also seen as ‘sluts’ and ‘whores’ when a guy leaves his ex-girlfriend to be with another woman. Although I am all about the women supporting each other and the ‘chicks over dicks’, it’s not always inevitable that you fall for a guy who initially had a girlfriend. But why do we judge the women for being home wreckers and sluts instead of criticizing the men?

Last fall I fell for the most amazing man who was still in a relationship at the time, almost for four years already. I was completely aware of this but it didn’t stop my feelings even though I never actively pursued it. Although he sometimes mentioned the girlfriend, he showed his interest in me and it didn’t stop him from sleeping around with me. He told me that he was in an open relationship and that cheating was a part of this. It is another story that this appeared to be untrue. Our relationship grew and even though it took a while before he actually broke up with her, we officially got together. He introduced me to his family, friends, and basically the world as his girlfriend. While everyone appeared to be nice in my face, I recognized their judgment in their eyes. In their eyes I was the slut who broke up the relationship, someone who didn’t matter and wasn’t worth their time. My guy, on the other hand, had no criticism whatsoever on his behavior and even if he mentioned what had happened, the others stared at me judgmentally.

This does not only apply to women ‘stealing someone’s man’, but also to the mistresses in the world. Why do we only perceive the women’s behavior as bad, and why don’t we judge the men for doing exactly the same? I wasn’t the only one making the decision to be ‘the other woman’ or to be the ‘home wrecker’; he was the one who made the decision to cheat and to leave his girlfriend for another. The men have as much as a share in this act as the women have, and yet no one frowns upon them.

18 Women Discuss How They Feel About Reclaiming The Word ‘Slut’

A Man’s Opinion Doesn’t Define You: 6 Bullshit Things Men Say That You Should Never Take Seriously

6 Things I Dislike About Modern Feminism

10 Reasons Why All Women Are Sluts

I’m A Woman Frustrated With Feminism And Here’s Why