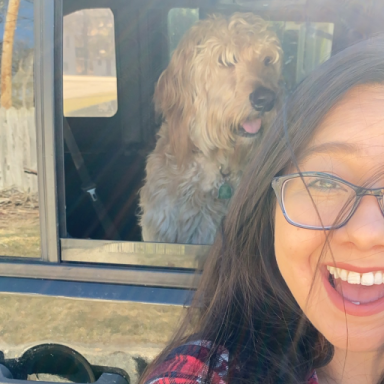 I’ll never forget how we started.

Two years of messages were burned into my phone. Two years of men walking in-and-out of my doors. Still, you caught my attention because two years, you tried to prove you weren’t like him. Him, a mutual friend. Him, a disrespectful ass. Him, I went on a date with.

Two years later I gave you a shot.

To be honest I did not expect much of an exchange between us. A couple of drinks maybe an evening or two out. We’d be polite and laugh at each other’s jokes and then quickly grow old of the other and drift apart, ending the charade of interest we had been playing. A few weeks at most, but no more than that. No matter the start I must say I was caught by surprise.

I had this knack, a knack for knowing how to be intoxicated with someone while being able to pick apart that same someone and leave without a second thought. I liked to pour over the egos and psyche of those I lusted over until I found the imminent cracks that would ultimately destruct my interest. Until I found the places within them where the demons thrived. I was surprised because I already knew a demon of yours, the friend we loved to dislike – maybe that was the spark of our friendship. The beginning of countless happy times and a few conflicting thoughts.

We were so different and yet felt so comfortable being the only ones in a room full of people. You were so reserved and yet never failed to make me feel wanted. You were consistent and respectful always. You held my hand and I stopped pulling back. I began to give in to a system I had long ago learned to manipulate, the limbic system, the system of reinforcing behavior and emotions…I had no idea what to do. I was in awe of the effort you put into us and will be forever grateful. You were turning into a constant craving of mine instead of a “friendly” acquaintance. At some point, I started feeling genuinely happy. I didn’t have to fake a smile or pretend to care and be okay, I didn’t want to.

But what were we?

I had bad days but you didn’t care. You provided me with an escape – you became that escape. I began to believe we could potentially end up somewhere as the months passed and I didn’t ghost, but that terrified me.

I didn’t know how to tell you and that was my mistake. I ended up scaring you and making things awkward like only I know how. So I closed back up and made myself believe I didn’t want you. But you stayed. You stayed and talked with me, had coffee with me, gave me the time of day all over again. And I fell. I fell for the yearning to care and be cared for. I fell for your touch. I fell for you BUT you couldn’t know, so I fell silent.

I wanted you to know how you made me feel, how much I appreciated it. However, after many awkward moments, the thought of losing you was too great, I stayed silent. I didn’t want to lose the feeling. The nights we had of wine-infused laughter or your strong embrace I moved to when the nightmares came. I had doubts – I always do, but I had doubts you helped to solidify. You made me feel I wasn’t worth the risk.

So I left. It took too long, a year too long, and I hated leaving. But I’m glad I did. It hurt for the longest time. Every glass of wine, black cat across my path, flag swaying in the breeze made me think of you and what I missed about you. It was you who taught me I was capable of loving, but also you who made me ask if I was capable of being loved? I am.

It’s been three years since I saw you.

Two since I’ve wanted you.

And one since I messaged you in a drunken stupor asking why.

"I generally avoid temptation unless I can't resist it." -Mae West