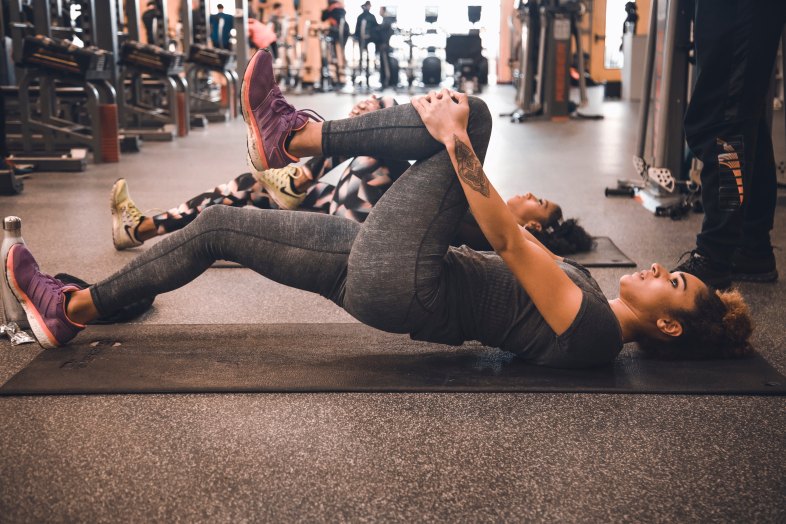 Sports have been an integral part of my life since as far back as I can remember, and I have no doubt they’ve been significant in helping to shape the person I am.

Growing up I loved all sports, but had a particular passion for basketball, which has carried with me over the years. Whether court, rink, or field, however, the essence of any game’s domain pulses with the same sentiments: competitiveness, energy, and the feeling that you’re fighting for the greatest prize of all: the pride and satisfaction in an earned victory. Aside from the pure joy in playing a game you love, sports offer valuable lessons that can be applied to many other facets of life.

I started playing basketball in a town recreational league when I was 8 years old. I then joined the middle school team as soon as I entered 6th grade. The moments I remember most vividly, however, were the pick-up games on the playground court at recess. In these moments, as a young girl whose teammates and opponents alike were boys, I stepped onto the battleground fighting not only for a win, but to prove myself. I was entering what was typically an all-boys club and I would not be welcomed back until I showed that I could sink shots, grab boards, and drive into the paint fearlessly with the rest of them. Once I earned my keep, my position in the rankings shot up. And when new boys would come to play and made the mistake of scoffing at the girl on the court, the other guys would shut them down, assuring them I would probably be the one to cross them up. The dynamic always clung to the gender dichotomy, however — as much as I proved I was as good or better than many of the boys, if I outplayed someone, it was still considered the highest order of embarrassment. To be beaten by a girl — no matter how good she was — was the most terrible of all humiliating fates in the life of an adolescent boy.

At that age, while I was aware of the girl vs. boy dynamic in the context of the sport, I didn’t realize that it was only one small example — an extension of a much larger, more vastly ingrained structural system. The notion of the “male ego” — bolstered by gender stereotypes and expectations that are stuffed down the throats of men and women alike — demands that a man be stronger than a woman, more athletically capable if they face off against each other, make more money, and so on. These ideals grounded in antiquated, sexist notions propagate the idea that as a man, to be “outdone” by a woman, is the ultimate emasculation. It’s what makes variations of “you throw like a girl” an insult on an elaborate scale of contexts. The notion of the saying can be applied far beyond the field on which it originated.

Perhaps then it’s not so shocking that years and years later, when I played pick-up ball in college and was the only woman, the same dynamic more or less seemed to exist. It demonstrates both how deeply society’s preferred gender roles are ingrained and how casually they can manifest. As a woman on the court among men, I will always have to demand the right to my presence, and prove my place. While it is frustrating at times, it is also very satisfying. The world is full of uneven playing fields, but when I walk onto the court it is an imbalance that I have the power to equalize; ultimately, the basketball code carries more weight than the gender code (at least within its own — a tribute to sports’ underlying purity of purpose — and so in that context, I have the chance to dismantle institutionalized boundaries that, on a larger scale, are far more difficult to break down.

Beyond the opportunity to gain early exposure and awareness to gender roles and dynamics, I also have sports to thank for much of my confidence. Playing sports for years taught me how to carry myself with self-assurance, how to lose gracefully and win with humility, how to take criticism, how to dismiss doubt, how to claim the titles I wish to don and discard those that do not suit me, how to be undeterred by others’ low expectations, and how to shatter those expectations to make room for the standards to which I hold myself. It taught me that I am the only one with the power to set those standards in any meaningful way — society’s or anyone else’s agenda be damned.

Sports fueled my love for being a part of a team — for the strength and camaraderie that comes with sharing a voraciously desired goal with a group of people. To strive for something you want with everything in you is amazing — to do so with a group you come to know and love that crave that triumph as much as — a triumph that can only be claimed in unity — is an unparalleled feeling. You endure seemingly endless amounts of sweat and tears, disappointments and victories, and always, throughout it all, you support and are supported by your teammates. When you lose, you carry that disappointment together; when you triumph, the victory is all of yours. It’s not only a phenomenal experience, but a wonderfully valuable lesson to carry through life. Solidarity is unique and powerful — it allows room for individual growth and excellence, while always acting as a humble reminder of the responsibility you bear as a team member.

Sports taught me to love scars, bruises, and scratches for they are battle wounds, trophies, emblems of honor, tributes granted me from the games I loved. I carry this appreciation for scars with me on a symbolic level – scars show what you’ve been through, they label you a survivor.

Sports — basketball in particular — were and continue to be an outlet, an escape. When it’s game time, I’m in another world, and the world I normally live in falls away, along with all its stresses, anxieties, and ambiguities. I am a warrior on my court, with clarity of purpose: a gift basketball has always given me. I think it is profoundly beneficial to seek out such an outlet, whatever it may be — a space that grants you peace of mind, distance from the complications of life, and an opportunity to be in your element and as such, in the best mental and emotional space to thrive. This does not have to be through sports — it is a very personal discovery. I find the same source of comfort and strength in writing. The outlet simply must be sought out and nurtured.

Ultimately the sports experience extends far beyond the confines of a game or season. It endows you with lifelong skills, countless lessons, and an unfaltering love and appreciation for the unique joy of being immersed in something, utterly in your element, and realizing — this is your domain, this is where you belong. We all deserve moments of utter contentment and confidence — a location physical and otherwise, where you can relinquish yourself to your instinct, and trust that doing so is an act with your best interest at heart.