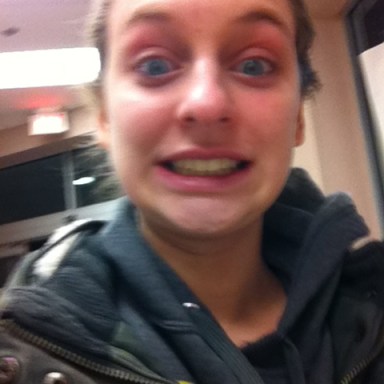 By Cordelia Lear Updated January 9, 2018
Why? Because Slender Man is an idea, and as long as he is thought about, he is real and effective.

In light of the recent events involving the stabbing of a young girl by two of her peers, I would like to tell you all that Slender Man is real, but not in the way you think he is.

The scariest thing about this stabbing is not that these young girls perpetrated such a heinous crime, although that in itself is quite scary. It’s not that the wounded child dragged herself out of the woods after being tricked by people she thought were best friends. It’s not that these girls were “duped” by a horror story.

The scariest thing about this stabbing is that because of a belief in something evil, two human beings perpetrated something evil. By doing exactly what Slender Man does—by stalking, stabbing, and intending to kill another child—the two girls temporarily morphed from two human preteens into Slender Man himself. Why? Because Slender Man is an idea, and as long as he is thought about, he is real and effective.

The two young girls acted exactly as Slender Man would have. They made themselves proxies of the character they idolized. In doing so, they birthed a nightmare into real life. They may not have been wearing suits or dangling impossibly long fingers in their victim’s face, but the suit and the fingers aren’t what makes Slender Man truly scary—it’s Slender Man’s remorselessness that makes him terrifying. He likes to stalk, abduct, and murder children.

Any man over six feet tall and dressed in a suit could be Slender Man, and children aren’t running and screaming from that, nor are they effectively plotting to sacrifice young victims to that image, either. It’s Slender Man’s haunting, self-assured nature that has audiences captivated.

I’m not saying that one shouldn’t be interested in horror or that Creepypasta is to blame. These two girls are to blame for what they did. But when you read about the would-be murderers, think long and hard about what they did and why they did it.

Are those the faces of two little girls? Or is there something more sinister smoldering—perhaps something in a black suit with impossibly long fingers?

I dance with my kid in the kitchen and cook a lot of things that involve noodles.