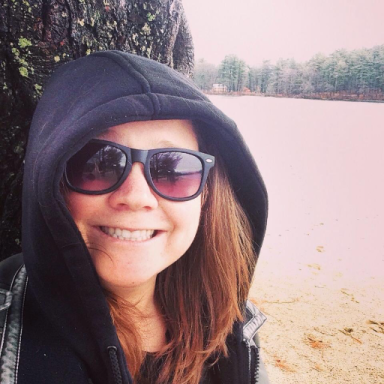 I have battled with Bipolar Disorder for so long that I cannot remember my life without it. I carry with me the desire to be “normal” everyday. For awhile now I have let my illness define all of who I think I am. It has smothered me because when I am well I reflect on who I was when I was ill. It’s hard to digest that, it’s harder to stare at that reflection, it’s hard to move forward and its hardest to remain hopeful for a positive and stable future.

You see, even though every individual breathing has a dash of madness in them only a select few of us have to entertain that turmoil constantly. I said I desired to be normal right? When I say normal I mean that in such rudimentary ways. I want to lay in complete silence next to someone I love, I don’t want to hear the chitter chatter up in my head. I want to work a full-time job and even if( like everyone else) I hate it, I still want the energy to go! I don’t want to rely on a cocktail of pills to assemble me everyday. I don’t want to have to set a bedtime every night for myself at 29 years old. I want to be able to feel excitement without worrying it will turn into mania. I want to fall in love with someone and not be frightened they’ll leave me because of my illness.

Having bipolar is different than being bipolar, or so I am told. Maybe if the term was never provided to me I would simply refer to it as my best friend. It’s never left my side and I do not believe it is rooted from an evil place. It’s often misunderstood because at its worst it can be terrifying and at its best, triumphant. I can thank my bipolar for my unique creativity, my intense emotions for those I love, for the ability to analyze the world and for the strength it has instilled in me.

Prior to being sick with a mental illness I was sick with a physical illness. I survived childhood leukemia and have been in remission for 20 years. To those around me at that time I was a champion and a fighter. I was inspirational. And I ate that up. I believed that. Those two years of chemotherapy tested me in any way you could think of. I couldn’t play sports, I couldn’t read well so I had to be read to, I lost my hair, I gained weight. I was fighting for a future that I could only imagine in my dreams and if I survived the plan was that I had so much ahead of me.

What the world should know is I would take those two years of childhood cancer- regardless of the outcome-over a lifelong partnership with bipolar disorder. The world should know this because we stigmatize mental illness. We think it’s used as an excuse. We judge it or we don’t believe in it. We fear it, categorize it and we silence it. It’s there though and it’s a constant inner war for anyone who lives with it or for anyone that loves someone who has it. Why can the world refer to me as inspiring with cancer but fear me because I have bipolar?

Until then, I am infinitely bipolar.

Human Of All Trades