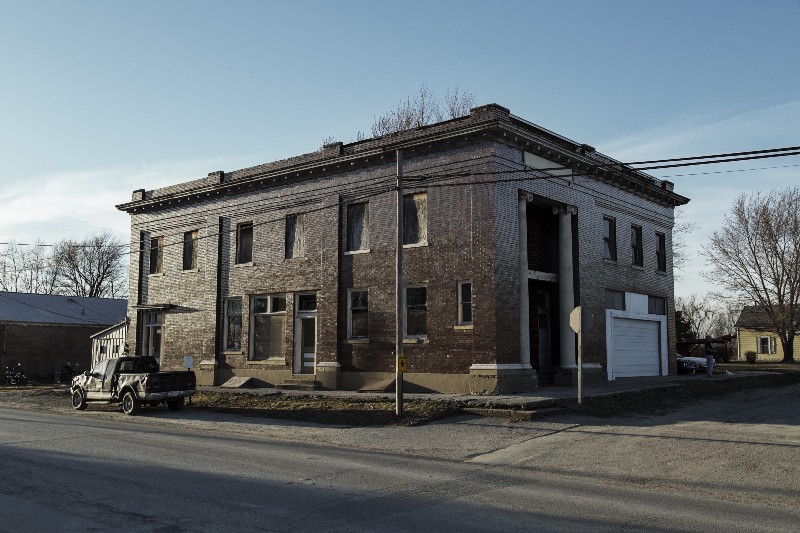 Rural America has taken a real shot to the gut in the past couple decades. What once was the pride of American industry and economy has since dwindled to its nadir. 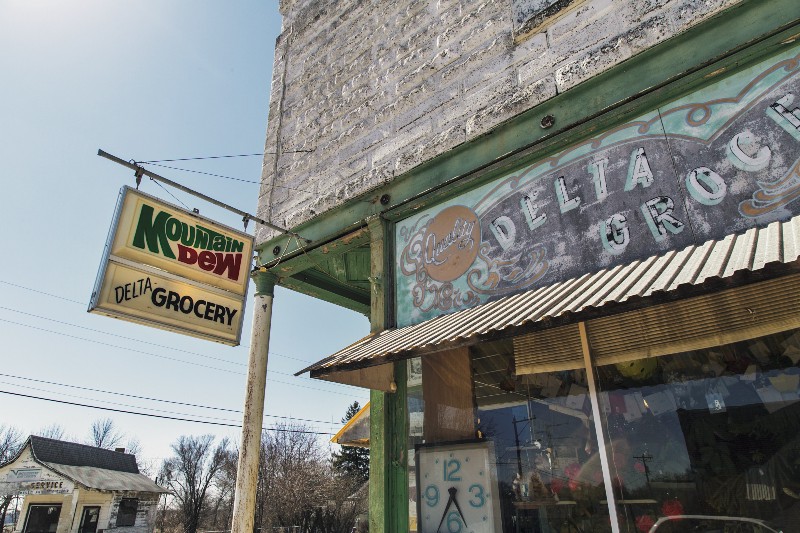 Long stretches of ma-and-pop shops have been reduced to their sad skeletons and replaced by a Super Wal-Mart on the outskirts of town. 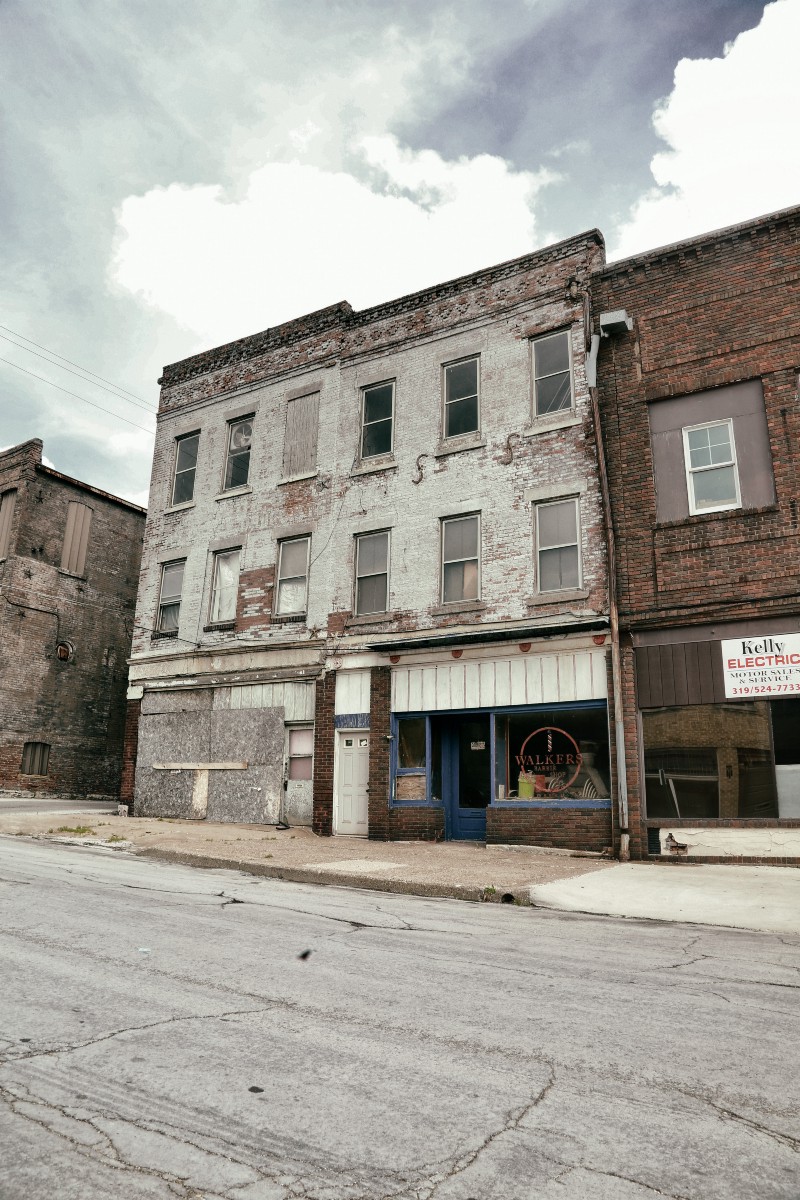 I grew up in the small bluff town of Keokuk, Iowa (pictured above) and I saw the shift happen for myself and in my own family. My experience is not unique, but it is certainly paramount. What was at one time an honest and accessible career possibility for those without a college education seemed to shift dramatically, all at once, and with little explanation or forewarning. This would set the stage to the political and socioeconomic civil war that we seem to be constantly waging today.

My grandfather finds a job at a steel factory after being discharged from the United States Army and will maintain it for over thirty-five years. He builds himself a little nest-egg in this time and is able to retire at a decent age with a real possibility of enjoying his twilight years. It is an accurate indicator that there is indeed an American Dream, and though it might not be as glamorous as the ones described in famous literature and film, it is still vibrant and real. And best of all: it is attainable.

These were well-paying jobs that anybody could get. From the convict to the grammar school drop-out, there was very little stopping one from earning an honest pay and providing for their family. 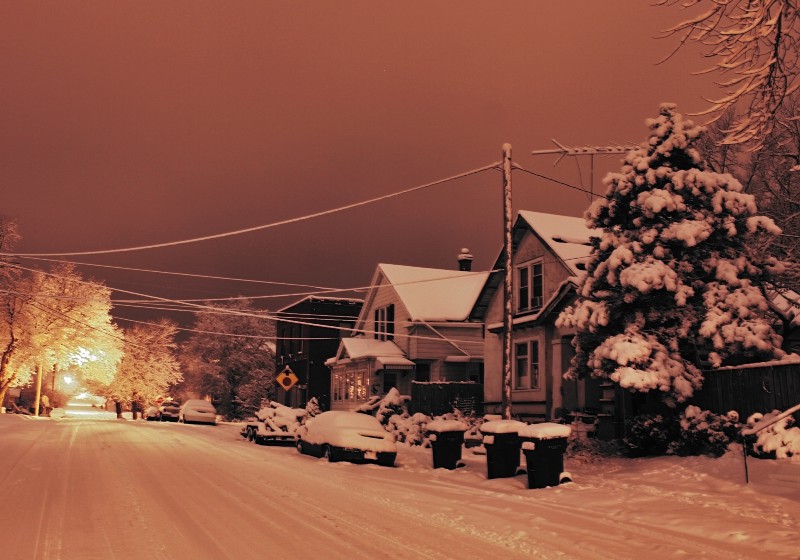 I am ten years old in a happy middle-class family with a little brother and a little sister. We have a three-bedroom house, a big and open yard, a dog named Apache, and no less than two cars in the driveway at any given time. It is no longer 1965. My mother also has to find work to help support the family. Living off of one person’s salary is the product of a bygone era, but the frame of the American Dream is still intact (we just have more babysitters than in generations prior).

My father was entering year twelve at the box plant, following in the very footsteps that my grandfather had walked in before him. He worked long hours managing the machine corrugator and made sure that nobody cut their hands off with sweat in their eyes. My mother bounced around from occupation to occupation, from waitressing to assisting a local dentist. My family made enough between them to afford the mortgage, lifestyle, and to even take yearly vacations to Minnesota to visit my mother’s parents. Life was good for a ten-year-old me. 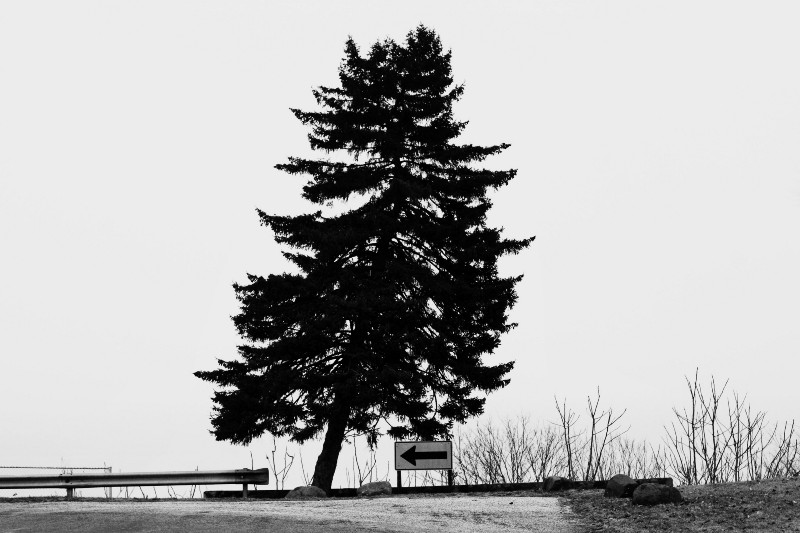 Until it suddenly wasn’t.

I have these hazy memories of my dad coming home from work covered in dust, pacing nervously around the kitchen and living room, hands anxiously covering his mouth. As he put it, there was this company overseas that had decided to merge with the one that he worked for, and he was certain that this was the death rattle for his career. To be honest, I don’t have many memories of my parents together, but I do remember my mom reassuring him and patting his back. I remember it making me feel better, too. I don’t know if she believed the words that she was saying, but I definitely did. It was going to be okay. There was nothing to worry about.

My parents divorced a little later that year, Apache ran away and would never return, and the little slice of American Pie that was due to us looked like it was being eaten by somebody else. Some other family. Maybe the ones on TV (the ones that were marketed to us but looked and felt just a little different).

A month or two after that and my dad’s factory moved to Mexico. Just like that, one flick of the wrist on a dotted line, and hundreds of people were out of work. Our middle class family would spider-web into two distinct versions, both poorer than they were when we entered them. And before long, it would be a real stretch to consider us middle-class at all.

We were now poor. We were “eat hot dogs and bologna sandwiches for dinner six nights a week” poor. We were “You broke a window, so we’re going to tape a blanket to the frame and forget about it” poor. We were “get your school clothes at the Salvation Army and pray to god that no kid notices it as his own” poor. “No health insurance so don’t break your teeth” poor. 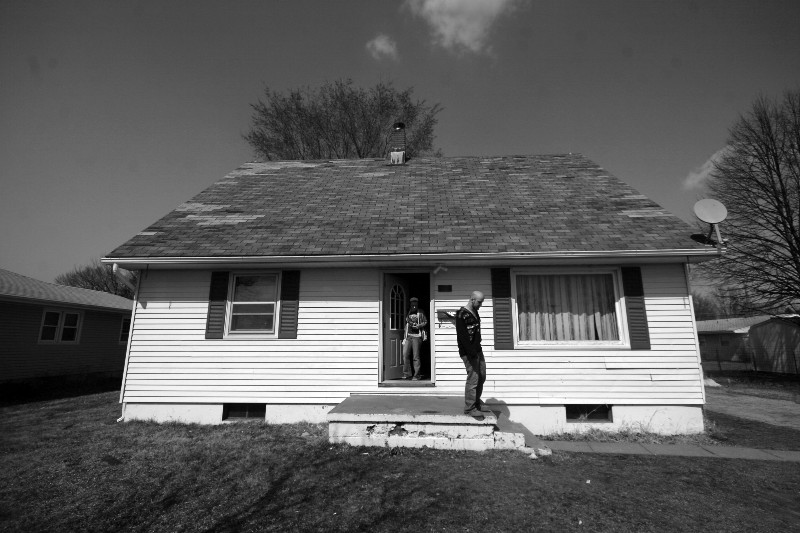 It didn’t make sense to me. My parents were working harder than ever. My dad would come home hours later than he had in years prior, his hands now blistered and calloused. My mom was pulling doubles working at a different factory in town. There was far less time for us as kids.

Fast-forward again to present day America. The economy has improved since that time, or that’s at least what they are saying, but that’s not necessarily the case in small-town Iowa (or any other flyover state nestled against it). There is a real disconnect between city poor and rural poor and neither one seem to quite understand the other.

And that’s where you get the great divide that we are presently experiencing. Political, moral, whatever; it all boils down to a class of people on the rise and the broken backs of the others upon which they are standing. 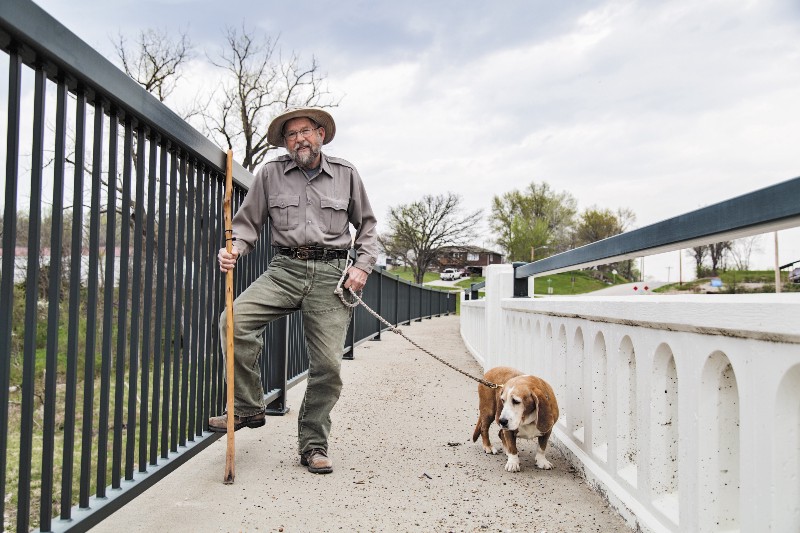 It doesn’t matter who I meet along the way as we traverse through the wild Serengeti of dying towns gasping for air — it’s always the same thing. People with ghosts. People describing themselves by things they used to do, places they used to work, lives they used to lead. They are beaten down, tired, and increasingly hopeless in a sad state that they seem to be perpetually locked in to.

Worse still, nobody really seems all that interested in talking about who they presently are. And you know what happens when you lack a personal identity that you can be proud of? When you are working a tough job at one-third of the pay rate that it takes to survive in America? That you never did better than your parents (which, let’s be honest, is the gauge on which most of us base success)?

You get very angry. Irrationally so. And maybe you draw poor correlations in the sand. And maybe you suddenly don’t trust your government or the people that vote for them. It all seems very real to you (and, conversely, the world seems all the more alienating). You watch TV and see a show about a bartender in New York that can inexplicably afford a three bedroom apartment. You watch the news and see more trade deals being shoved through that are surely only going to close the remaining factories that these towns desperately cling to for survival. It’s almost like the rest of the country is out to get you. It’s you vs. them and, at least historically speaking, they are winning by a landslide.

It’s basically the same as cornering a wild animal. Eventually, and there is no telling when specifically, but it will attack with its fangs out at some juncture. That’s where we are in America today, at least rural America, which is the biggest piece of the proverbial pie if you are looking at it geographically. We have an entire culture of people that aren’t represented, aren’t cared about, and worst of all, lack the resources to change their position in life. 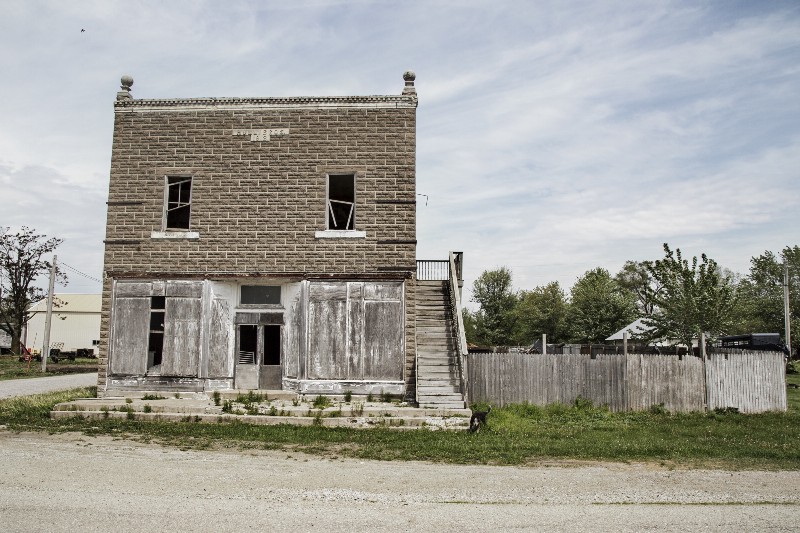 It’s not that there are more bad apples in the small towns. There aren’t more racists or more xenophobes or violent hicks with trigger-happy impulses. Instead, we have an entire subset of society that remembers how things once were and are ashamed that they weren’t able to achieve the same things.

They see their parent’s generation with a nice pension and retirement package, able to maintain one job for thirty plus years. They, meanwhile, are on job number thirteen in a ten year span. And it’s not for their own lack of drive or work ethic (in fact, the exact opposite could and should be argued). These people live in a world where job security is just as much a falsehood as the TV shows they watch at night. There is no such thing in their world. It does not exist.

The whole damn world feels fake. And then a boisterous candidate appears from the ether and extols the very thoughts that they’ve been feeling for decades.

It doesn’t even matter that the candidate is a liar with no real plan in place to change anything. It doesn’t matter that he is an orange charlatan that wouldn’t know poverty or struggle if it bit him on the nose. It’s the perfect storm of circumstance. He’s wrong, sure, but he’s also the only person addressing them directly and expressing himself with the same righteous indignation that they themselves feel on a regular basis. 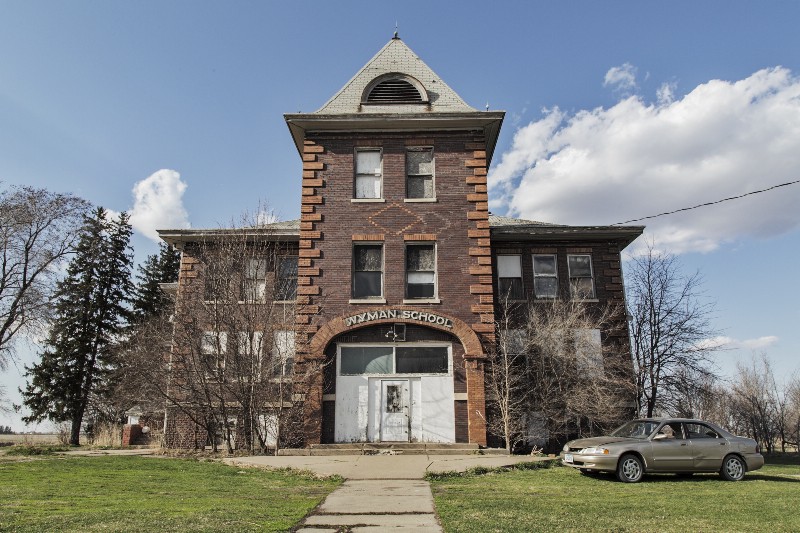 Sadly, these well-intended people are dragged through the mud with him. Suddenly, everything that this man says is attached to the people that support him. This creates a weird mimic-loop where people are actually becoming more racist and vitriolic as their candidate implodes in on himself like a dying star. He espouses hate, they throw it back. We get no further as a society, but we have dug ourselves a nice little burial plot in the meantime.

The only thing that matters is that lingering feeling of hope in a sea of negative emotion that has all but consumed them collectively for entire decades. 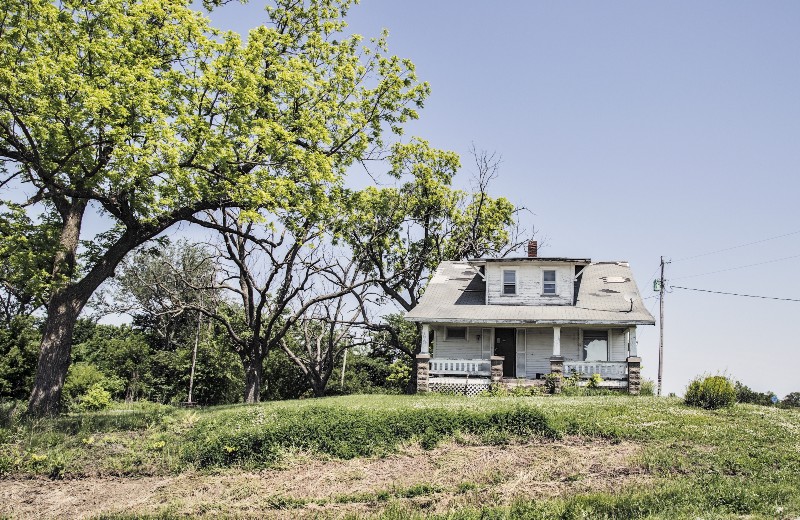 That’s rural poor. Watching the backdrop of your favorite memories crumble to nothing but empty space. Seeing your career path shrivel and nothing on the rise to assume its place.

Contrast this to city poor, where there is at least always the hope of personal and professional improvement. The buildings get bigger. The jobs and career-paths are endless and always evolving. The old adage of, “every broke American perceives themselves as a millionaire down on their luck” rings very true to the city poor. There is at least the possibility. They have something to work toward.

That’s a real luxury that the rural poor don’t get. 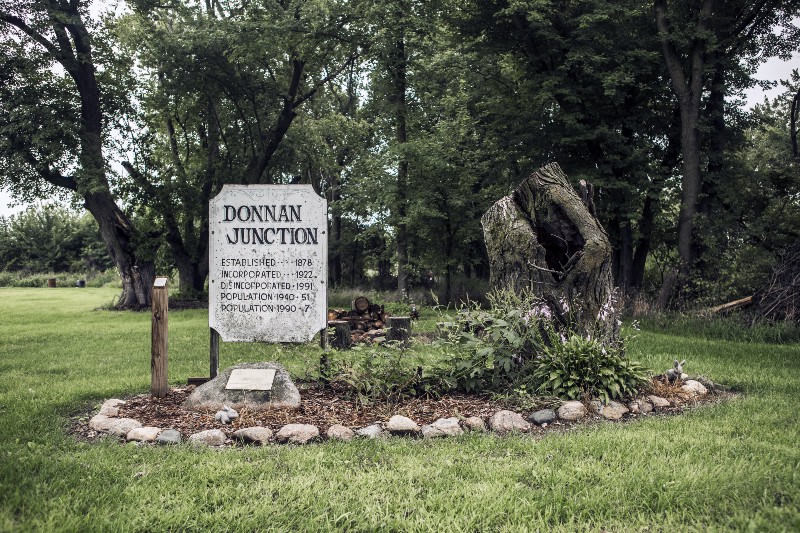 I sincerely implore you to speak with these people with open hearts and minds. Try to understand that the world in which they live looks a lot different than the one that you likely inhabit. It’s only when you understand the impulses of the few that you can optimistically have hope for the many.