She made a totally fake Facebook page claiming that her neighbor Alison Ramsden, 46 gave naked horse riding lessons and would “suck off” customers. Benedikta invited local neighbors to this page, and posted horseback nudes of Ramsden with vulgar captions.

One of the pictures featured this delightful caption:

“Naked horse lesson available and if any good I will suck you off.”

The page also featured vulgar (untrue) language describing Ramsden, as if the pictures themselves were not enough.

The profile claimed that she studied at the university of “sucking cock” and other vulgarities:

In addition, Beneditka printed off the photos and put flyers around their small village. With Alison Ramsden’s name up top, it promised “naked horse riding” and “fulfilling all fantasies.” The ad included Ramsden’s mobile phone number, in another low blow. 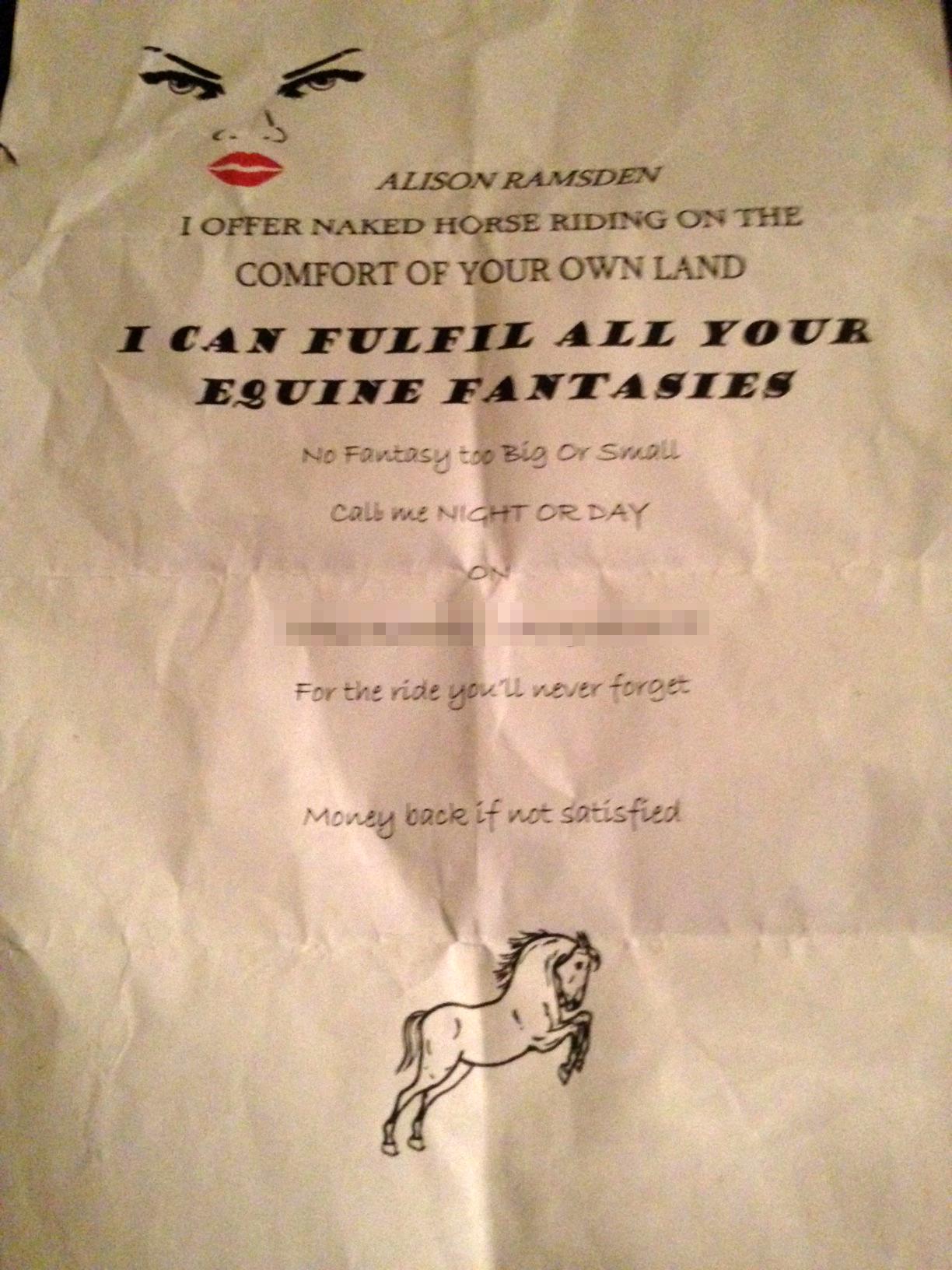 Source: via The Sun

Apparently the naked horseback photos were real, but they were only meant to be seen by Ramsden’s significant other. Apparently Beneditka decided to distribute them after an argument she had with Ramsden over a…dog?

A court has sentenced Erika Benedikta to 300 hours community service. Ramsden says she is still distressed:

“I don’t think the sentence was enough, I think Erika deserved to spend some time in prison. The whole thing caused my family and I a lot of distress and it took a lot for me to even leave the house after it happened. I thought she was my friend and I could trust her, but I was very wrong. I hope I never see her again.”

Very famous IRL (at least to my son!)

This Girl Thought Something Was ‘Off’ With The Dude Who Slid Into Her DMs, And She Was 100% Right