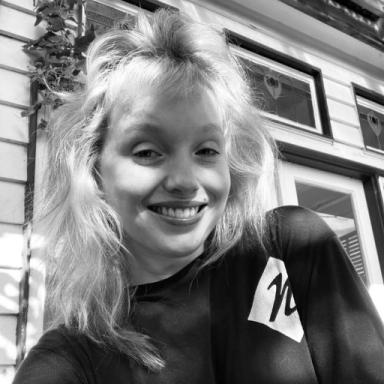 By Claudie Amelia Updated August 5, 2021
Photo by i.am_nah via Unsplash

By Claudie Amelia Updated August 5, 2021
Photo by i.am_nah via Unsplash

This isn’t a happily-ever-after article. But it is real and honest, and not without hope.

Recovering from mental illness isn’t a lot of things.

It isn’t a linear process, nor is it easy or fair.

It isn’t an endless run of good days either. Often, it isn’t about having a good day at all – it’s about feeding yourself well, wearing comfortable clothes, and not giving up just yet.

These lonely nights and even lonelier days happen when the world is up but you’re not really ‘here.’ It isn’t about forcing any emotion or willing yourself to return home.

Sometimes it’s feeling like there’s no way out, despite how hard you’re trying to push through the murkiness. Sometimes, it’s looking forward to the hours, growing in number, that you can be unconscious. It’s hoping you’ll wake up tomorrow and feel differently. It’s being gutted when you don’t.

It is, however, about celebrating when these difficult times are few and far between. It’s celebrating wins, no matter how small.

It’s also appreciating that your mind makes you empathetic, kind, and patient, even though deep down you’d trade all those things to just feel a bit of peace.

It’s wanting to trade this brilliant mind of yours for one that doesn’t actively work against you. Failing this, it’s wishing you could remove it from your skull and give it a thorough clean.

Recovery is an inconsistent and isolating experience. Every now and then, it’s being convinced that there isn’t a single soul on this earth who understands. It’s disappointment because you didn’t think it would be like this.

It’s dying your hair and moving to a new city. It’s searching for quick fixes that will make you feel brand new and solve everything, even for a little while. It’s choosing vices that make life bearable.

It’s dealing with the cards you’ve been dealt. It’s feeling like you yourself are built of a house of cards – flimsy, unpredictable, and entirely collapsible.

It’s hearing repeatedly that ‘everyone has their stuff,’ but quietly knowing that your ‘stuff’ isn’t quite the same. It’s knowing that while you can’t quantify anyone else’s pain, especially from wounds you cannot see, that severe mental illness is a special kind of torture.

It’s having your heart broken – not by a person, but by this situation.

It’s failing two courses in one college semester after being an academic overachiever for consecutive years. It’s letting these things go – things that are important to others but can’t be to you, at least not right now. It’s watching on helplessly as maintaining a top GPA tumbles down your list of priorities, not because you want it to but because your brain isn’t giving you a choice. It’s putting your dreams on hold time and time again. These aren’t necessarily even big dreams of yours – just little things that don’t come very easily.

Some weeks, it’s eating nothing but cookie dough and pizza.

It’s feeling like your head is on fire and finding new ways to douse the flames. It’s fearing these flames will reignite somewhere down the track, often without warning or obvious reason.

It’s biting your tongue when ignorant, arrogant people tell you how to tie your laces, despite never having stood in your shoes. It’s making them uncomfortable with your gallows humor.

So too is it feeling like a shitty friend. It’s knowing you should be there, need to be there, but can’t. It’s feeling everything all at once and sometimes feeling nothing at all.

It’s weeping silently in scummy public toilets because you don’t want any of these people to have front row seats to this version of you.

It’s being grateful for support but every so often feeling like it’s not enough. It’s grieving lost time and experiences you didn’t get to live fully. It’s grieving who you could be, should be. It’s stopping to smell the roses but sometimes feeling like no sweet perfume or amount of sunshine will ever make the pain worth it.

It’s about being realistic and, when able, cautiously optimistic.

It’s giving new meaning to the phrase ‘you do you.’ It’s cancelling plans. It’s lying to loved ones because you fear the truth is just too much, too awful to say aloud. It’s fearing those you keep close will bristle or throw their hands up and admit defeat when they hear you speak. It’s shutting down and sometimes shutting off.

It’s also giving special meaning to the word ‘resilience’ – it’s knowing it takes incredible bravery to stomach your thoughts and weather thunderstorms so brutal and unapologetic in nature. It’s wishing you didn’t have to be this strong all the time.

It’s accepting that relapse is possible.

And it’s learning to turn the volume down. It’s learning to be relentless instead of fearless, so that even when you’re afraid, you keep going. It’s continuing to fight when you’d convinced yourself there were no more beasts to battle, when you thought the war was over.

Recovering from mental illness is many things.

Most importantly, though, it’s being down but not out. It’s knowing that waving the white flag will put a stop to it all – the bad, the tiny glimpses of good, as well as the potential for something really great. Some days, it’s not wanting to die but just wanting this life as you know it in these moments to end.

Recovery is best done loudly so that we can keep others from dying quietly.

Stop Telling Me My Bipolar Disorder Is Dramatic

50 Things People Struggling With Their Mental Health Wish You Realized