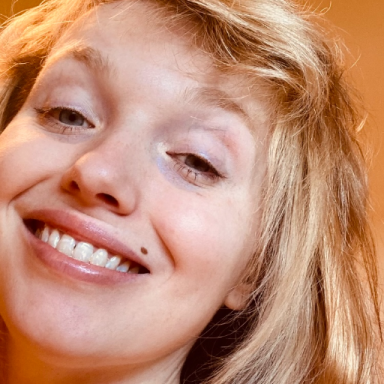 You were my first love, although I’m hesitant to call it that sometimes—it wasn’t like what you see in movies or read about in Nicholas Sparks novels. It wasn’t anything like what my parents and grandparents have. There was no happy ending for us, nor was there a particularly happy beginning or even much of a happy middle.

Our initial meeting wasn’t anything special either. You weren’t anything special at first. You were just someone I worked with and eventually for—a regular guy behind the bar, a little older, tallish. There was nothing externally remarkable about you. I actually remember grimacing at the sight of your wild facial hair, a sort of visceral response to the long and scraggly flyaways you hadn’t bothered to tame. I hated that you called all females “baby” too. It felt slimy and familiar.

At the time, we were just two acquaintances casually sharing a joke in between customers and over drinks. We’d traipse up the alleyway to our local watering hole with the rest of the team on most nights after work, indulging in rum, cigarettes, and ‘90s R&B until the wee small hours. The place was a kitschy homage to communist China, on the cusp of the city’s own Chinatown, and our alcohol consumption was as barbaric as the ideology that inspired the propaganda posters on its walls.

Then we slept together. Again, it was nothing special—you were drunk enough to forget I was your employee and I was drunk enough to look past your unruly beard and penchant for wearing holey t-shirts. I let it happen a couple more times because I was bored and liked the attention. I didn’t need much convincing. It was fun and a little dangerous. Still, I felt nothing for you. I barely found you attractive.

And then, seemingly overnight, it hit me. Somewhere between the sheets, those debaucherous nights out and the far more muted early mornings of documentaries and pizza (neither of which you ever let me pick), I had developed feelings for you. Genuine feelings. I was crushed when you told me they weren’t mutual. But I put on a brave face that day, and for many days and weeks after I was rational rather than emotional. There was no real, serious harm done as we weren’t all that long into the arrangement, so I could and should be sensible about it. I’d graciously opt out while my head and heart were still mostly intact.

But I found I couldn’t stay away, even when I wanted to. Not that you put up much resistance. I liked your company and I liked waking up in your home, even though it was at times as cluttered as your unbearably heavy mind and you were yet to show me any real kindness or affection in or out of it. The very little you gave me was enough to satisfy. I didn’t even care that you were still attributing our after-dark rendezvouses to too much liquor and convenient timing. I was just content slowly chipping away at your jagged edges. I was hellbent on it, actually. I sensed a darkness in you, perhaps born of deeply-rooted emotional wounds you had buried long ago, and I convinced myself that maybe, just maybe, I could be the one to bring you out of it. We could save each other.

Oddly, this made me feel safe. Safer than I had felt with anyone else my whole life. Mental illness couldn’t touch me in your presence. That was your superpower and your saving grace.

I wasn’t necessarily looking for someone to rescue me, or even for help in my fight against anxiety and depression at that point—I was doing fine on my own for the first time in a really long time—but there you were, beginning to handle me with a little care and grudgingly sharing the tiniest of glimpses into your own battle with the black dog, and there I was, completely enchanted. I grew hungry for more information about your once-intensely private personal life, and I hung on your every word. The more you shared, the more I simply wanted to know. Candid was sexy.

This quest for insight placed us both in grave danger, though, just for different reasons. You feared letting someone—anyone—in, and I feared not having someone—a someone that was quickly becoming you—who wanted to be let in. I’d try to chase you through this proverbial maze, complicated as it was maddening, but instead of catching up and getting to know the real, vulnerable you, all I did was get lost in your neurosis. We really didn’t make much sense as friends or anything else, but I didn’t need us to. At the end of the day, I was safe and had someone who seemed invested in my wellbeing. You were my refuge.

I was to learn there’d be a trade-off for these snippets of compassion, however. For all the unadulterated joy and clear, quiet headspace I had been gifted, I was no sooner forced into a confused game of cat and mouse, taunted by illusions of escaping your intolerable mood storms but not wanting to escape you altogether. I played the traumatized rodent who feared a life both with and without her captor, interminably punished for getting close to him. My fate—the fate of our “whatever we are”—was being dangled in horrible uncertainty. I just loved you, and I wanted to be with you, the you that made me feel lucky to be alive. You could brighten my days like no one else could, but you could also obliterate those same happy and peaceful skies like no other.

Suddenly, it wasn’t feeling like I’d expertly engineered a win-win situation, marrying the very best, very tender bits of an intimate friendship with the volcanic, passionate highs of a secret romance, but entangled myself in a devastating and gratuitous lose-lose for my sanity and already-wobbly sense of self. You were unwell, and I don’t think I appreciated the extent of your internal war. It was chronic and full-scale. But there was also a laundry list of psychologically and emotionally abusive tendencies, hastily scribbled in thick black ink and underlined several times for impact, next to your name. I don’t think I appreciated the extent of these either – or the extent to which you enjoyed having me on a string, even though you twice voluntarily, disturbingly acknowledged a propensity for manipulation.

When I had the gall to push one of your many buttons, usually accidentally, you would push back, hard and where you knew it would injure me most—my big but fragile heart. You’d remind me that you were and always would be lukewarm about me. Maximum damage, minimal effort. Disagreeing with you was like navigating a partially cleared minefield. Stumble on a weak spot and there’d either be silence or an explosion. Both could ruin me for days. Confronting you with your countless lies always carried great risk too, but I would chance spurring you on to greater vitriolic lengths if it meant there was even a slim hope of getting some honesty about our relationship. It didn’t much concern me that you were often deceitful about work and your altercations with the people we knew. All I really cared about was finally hearing that I meant something—anything—to you. Rejection was your most powerful weapon, and you used it well.

Still, I stayed near. I hung around because as much as I grew to fear you, I more strongly grew to need you. I had also convinced myself that we were meant to be, two troubled soulmates who would figure it out sooner or later. A hopeless romantic in a hopeless situation. I’d been hooked by your superficial charms then paralyzed by insidious mistreatment. And every time I walked away, naively, vainly believing that each would be the last because it’d be for good, you knew exactly what to say to reel me back in. Playing me for the fool was effortless, and it left me at once grief-stricken and love-struck, mourning the loss of an innocence only girls who haven’t been broken by broken men will know, yet somehow still calling that broken man my home. The more wrapped up I got in your games, the more my mental health suffered. You had scrambled my brain. I eventually became a shell of the vibrant person I moved to this new city to be.

Much of our final chapter, stretching over several years, is a blur. We never officially parted ways, but we did, at some point, start spending less and less time together. There wasn’t one significant event or conversation that tore us apart, though many perhaps should have. The severance of our unhealthy bond was a slow burn, as unpredictable and gradual as the process of falling in love.

Falling for you, it turns out, was a beautiful, hideous experience. It was terrifying, thrilling, and nauseating, and I used to let it define me. I used to let what you took from me, my mid-20s, be a defining moment in my life. But not anymore. Now I choose to define myself by all the love I was able to give, even in the face of the ugliest behavior, and all the love I still have to give to a person who is deserving