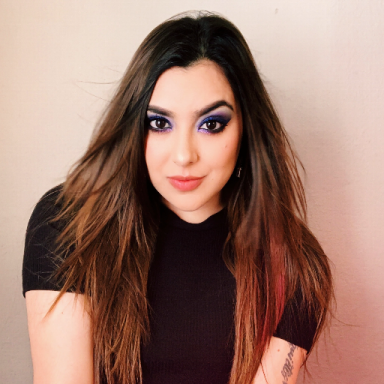 There was a time in which I found myself grieving the loss of someone I loved with every single beat of my heart: my mother. That was the moment when I realized that pain, in every shape or form, is inevitable.

I lost my mother when I was 18 years old. A not-a-girl-not-yet-a-woman trying to figure out what life was about. I was in my inner search of adulthood, and I had so much on my plate at the moment that the last thing I could bear was death. But it happened anyway.

She suffered from a heart disease, which led her lungs to collapse, and after nine years developing several chronic diseases, she passed away.

I felt somewhat guilty. I convinced myself that I could have spent more time with her while she was around. But of course, I prefered to be alone or hanging out with my friends instead, doing meaningless things that 10 years later didn’t matter at all. Trust me on this one.

I felt guilty because I thought that I could have been kinder; I could have listened to every word she had to say, every story, every song. I could have said no to an all-nighter with my friends who are not even my friends anymore. I could have spent a whole day with her, having her favorite food and laughing at her jokes. But I didn’t, and that made me feel miserable. There were so many I should have’s and I would have’s.

I couldn’t seem to find relief, and I kept blaming myself. The next thing I knew, I shut myself off and didn’t let anyone else know about the enormous pain I was dealing with. I quit going to the places I used to go with her because I truly believed that if I did, all of the painful memories were going to emerge from the foggy scenery. I used to change her favorite song whenever it came on the radio, eluding the teary eyes. I couldn’t understand why, but even her name made me mad. Ironically, we shared the same name.

I woke up one morning feeling like I had no memories with her. It was a strange feeling, almost as if the previous night two men wearing black suits came into my room in my sleep, neuralyzed me, and erased my memory. It was kind of recomforting for some time, until it hit me again. Out of nowhere, I remembered a Sunday in the backyard playing with my little sister and I could sense her. I remembered my mom holding a digital camera, recording the moment, because somehow she knew she was going to die.

I grew the idea in my mind that I could have been a better daughter; I could have done more. I used to tell myself hurtful words and ended up believing them—or even worse, owning them. But after several years, I realized that it was hard and unjust, and even though it’s hard to understand it that way, I acted according to my very own consciousness at the moment, I just didn’t know. To be fair to my adult self, that’s not how life works; it is not a test that you can cheat on, and you don’t get a booklet with all the answers.

It took me eight years to forgive myself for whatever harm I did to my mother. It took me eight years to let go of the fact that somehow I was wishing for her to leave, to quit the suffering, to die. I had to live with the idea of being a wicked daughter. But the truth is that I wasn’t. Yes, I could have done things differently. Better. But I didn’t know how to. I was an 18-year-old dealing with major depression, surviving many suicide attempts, and grappling with the scientific fact that I was going to wake up one day motherless. As I said before, I had so much on my plate and so little hunger.

Eight years later, after many sessions with different therapists, I was able to forgive myself. I really thought that it was a losing battle, that I would never have the courage and the tools to do it. And I did. I finally did it.

I remember dreaming of her every day during those eight years. Every. Single. Day. I just couldn’t seem to catch a break, and it was deeply exhausting. I would wake up brokenhearted, and every morning was the same. I was so angry at her that I would pray for her to go away.

It’s been an uphill battle; it has taken so much time, therapy, and forgiveness. But I’ve learned little by little that I am not the monster I thought I was. My grief started at some point during the nine years I saw my mother suffering. It didn’t start the day she died, but I didn’t know. I had buried her ahead of time, so many years before her actual burial. And I punished myself for that. The spiritually and emotionally grown woman that I am today sees me with love and compassion and knows that I loved my mother very much in my own way. I loved her and I will love her forever.

I know now that she loved me too. I am certain of that and nothing will ever make me doubt it. But the most important lesson I have learned throughout this process is not to be so hard on myself, to let go of the things I can’t change and to forgive myself about my mistakes. When you lose a person you love, you are dealing with the grief of losing them, and the grief of losing the version of yourself in which they were around. You are learning how to face life without them; you don’t have all the answers.

I learned the hard way that the only way out of pain and misery is to go through it. I had to face everything that I was avoiding in order to heal.

Believe me, time will heal your soul, I know because it healed mine. Now, whenever I think of my mom, I’m not angry anymore. I feel her love. I know she is and will always be close to my heart. I know now that, together or apart, our loved ones will always belong there.

I never say no to karaoke.