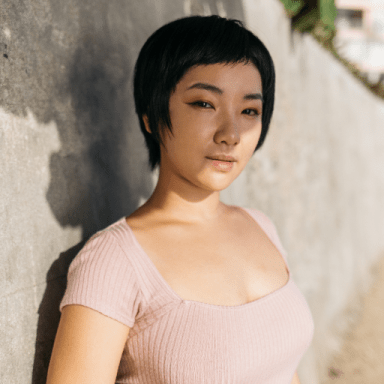 Unicorns are magic. Unicorns are our true hearts. They are the buzzing joy we remember from childhood, the tight hugs, the foamy bubble baths, and multi-flavored candies and the warm, gut-deep sureness that no matter what I am always loved.

These are the thoughts I had as I wiped my away tears during the last ten minutes of Netflix’s Unicorn Store, an eclectic pairing to the box office hit Captain Marvel starring our favorite dynamic duo Brie Larson and Samuel L. Jackson. Larson plays Kit, a jejune, rainbow-obsessed young adult who lands a mundane corporate office job after failing out of art school. Jackson plays the Unicorn Store employee who sells her a unicorn.

The film highlighted issues many millennials could relate to struggling with accepting and being accepted by one’s parents, disappointment and conflict at work, and trying to pursue one’s technicolored dreams while the world feeds you practicality and a droopy, grey status quo.

Unintentionally, the film also plucked at every single one of my heartstrings, and what resonated was a deep, hopeful chord–a resounding C-Major chord often played in a well-lit cathedral as the orchestra chimes along to gilded church bells echoing away into the cold winter night.

Maybe it’s because I’m a Highly Sensitive Person (HSP). Perhaps it’s because I’m an artsy INFP. Maybe it’s because Brie Larson and the writers illustrated so accurately my personal struggles. I recalled the plunging sadness in my heart when my parents decided to discontinue my art classes in middle school. I relived the nervousness of making new friends, as well as the courage it took to finally believe in my authentic power, my magic–the possibility that not only could everything I’d ever want or need come into my life, but that they would the moment I chose love.

One of my favorite scenes from the film was when Kit is admonished to improve her relationship with her parents. The salesman gives her a manual saying that unicorns can only live in loving environments and that anger in one’s heart is like a “dagger” to them.

Dream all you want, my fellow romantics. You can tell yourself all the positive affirmations and create stacks of vision boards, but you can’t move onto newer levels of spiritual consciousness if you’re still holding onto parts of the past. In the wise words of Hippocrates, “being you heal someone, ask him if he’s willing to give up the things that make him sick.”

Alright, it’s safe to say that I see much of myself in Kit, an artistic twenty-something living out a colorful life in her head that sometimes makes its way out as fantastic images and stories or, in Kit’s case rainbows, magical beasts, and violently colorful explosions of painted-on glitter. Like her, I’m a hopeful young woman striving not to be defined by a popular culture steeped in fear nor by adults who have given up on themselves.

In the film, Kit takes the leap to believe in herself. She prepares to receive her unicorn by meeting certain conditions, and she completes these tasks dutifully even when others ridiculed her. At the final stage, even though her friend warns her it is a scam and she begins to question herself, she takes the plunge and goes over to meet the unicorn. “Otherwise I will never know,” she told her friend who was wide-eyed with disbelief. She runs to the store, pulls back the curtain, and is engulfed in mist and celestial light. She meets the being “that will love her forever.”

After meeting her unicorn, Kit decides to let another woman have the magical beast. She didn’t need to cling to the gorgeous creature to prove her power to herself. True ownership is being able to let go.

It doesn’t matter whether or not others can see your magic. Owning a unicorn isn’t about being a people-pleaser or about flashing your accomplishments. In fact, when you receive your unicorn, that’s when you’ll realize you don’t need it.

Meeting the unicorn once was more than enough to reaffirm Kit that love, and her faith in herself and others, were the most important things in the world. Plus, she now knows that she can summon real magic. It will always be there for her when she needs it.

Where Is Your Magic?

There is something out there that believes in you and, when you have done the inner work and you are ready, it will come to show you the hidden wonders of this world. Or, I should say, how the “real” world works.

No one can ever teach you how to be magical. No one can persuade you into believing in your unicorn. It can only be done in solitude, when you’re intimately alone with yourself and decide to open your heart to see your wounds and sadness swimming alongside a golden future and your highest hopes. That’s really the secret to everything.

Why did the Unicorn Store mysteriously appear out of the blue to invite her to buy a unicorn? We could ask the universe, or God, or Elizabeth Gilbert. We could ask whoever created art, physics, Buddhism, or the human ability to be “in our element.”

However, in the end, what does it matter why it’s here? Whether you believe in a universal force or not, life always leaves room for magic. It scatters hints in bedroom corners, under sunlight-dappled trees, on sidewalks, and oftentimes right under our noses.

The first and final choice is always yours.

Will you open the invitation?

The Pieces Of Me