Hold on, hear me out. I know logic would suggest that pumpkin pecan waffles offer significantly more pleasure to your taste buds than your nostrils, but not in this case. Trust me when I say that this fragrance is life changing. This candle makes it smell like a world-renowned professional waffle maker lives in your home, yet you get to avoid the profusion of calories you’d endure if that were actually the case.

Actual chocolate layer cake is a solid dessert, sure, but does anyone feel the same love for it after witnessing my man Bruce Bogtrotter sloppily eat an entire one in Matilda? Whatever you feel for real life chocolate cake, this candle will provide you with at least that much delight, if not more. 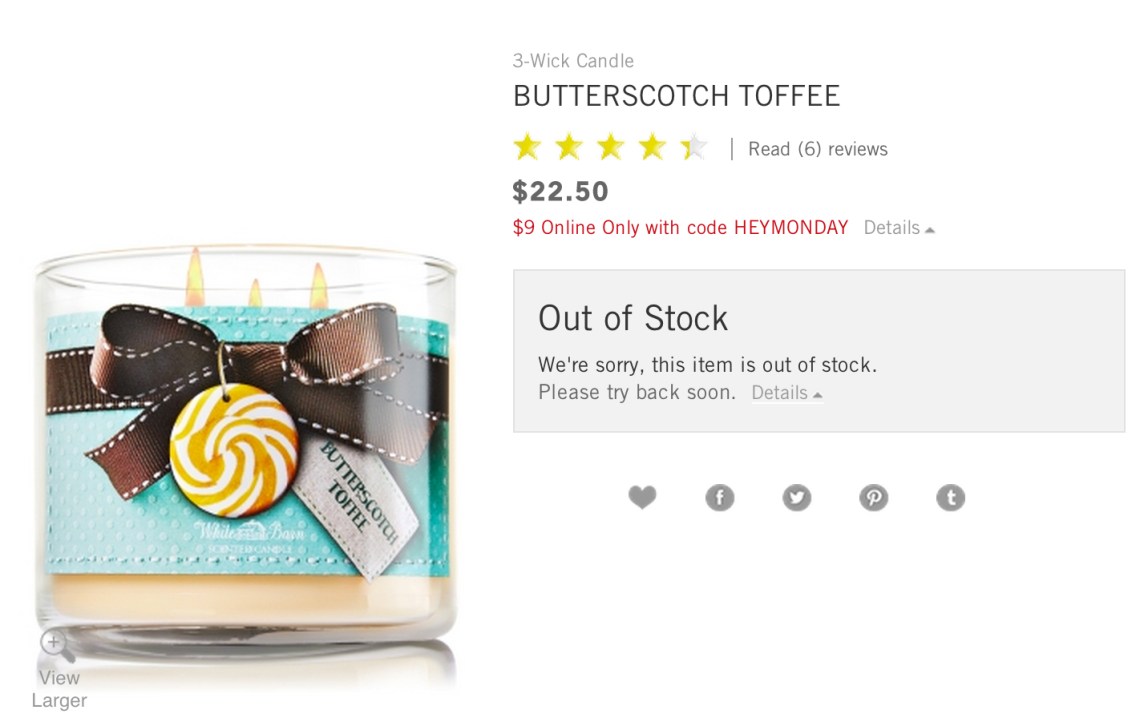 As much as you loved those individually wrapped pieces of butterscotch your grandparent’s candy dish was filled with, you’ll enjoy the candle version better. In addition to smelling phenomenal, the candle also doesn’t require 45 minutes of sucking on mediocrity to finish. 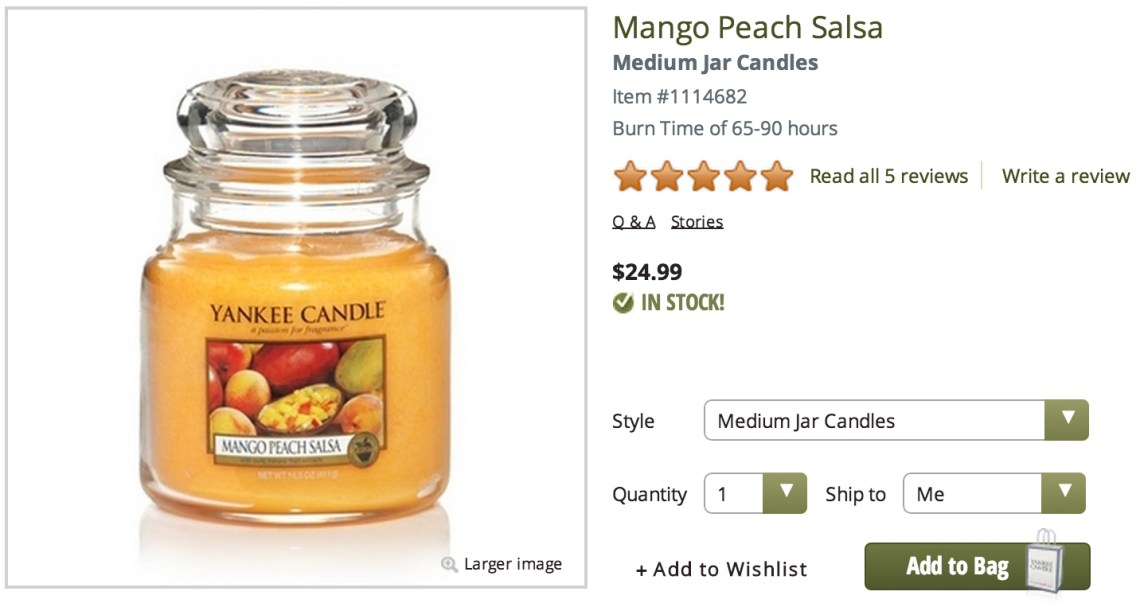 Actual mango peach salsa is the pineapple pizza of dipping sauces, meaning you’re in the minority if you’re into that kind of thing. The candle is refreshingly fruity with a mild, peppery smell – very Taco Bell sauce meets grocery store produce section, which is kind of a terrible description, but also meant as high praise. 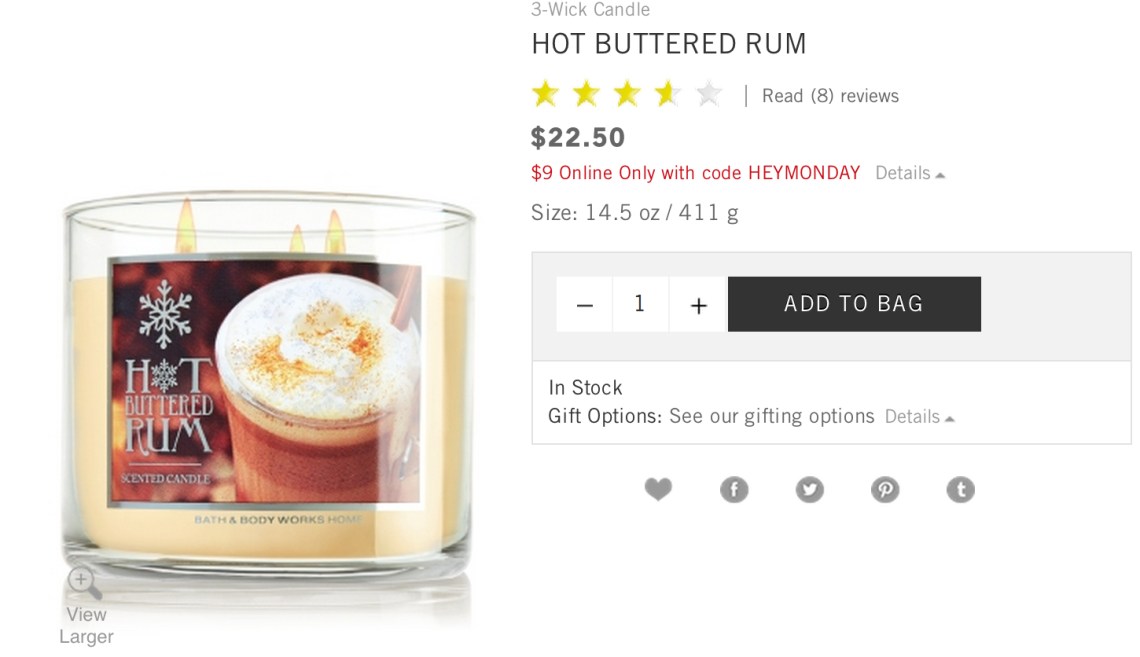 I’m sure plenty of folks are into hot buttered rum cocktails, because the alcohol factor makes them like some kind of turn-up tea, if you will, but this candle is elite, and the beverage is a thing that most people will be fine going through life never experiencing. 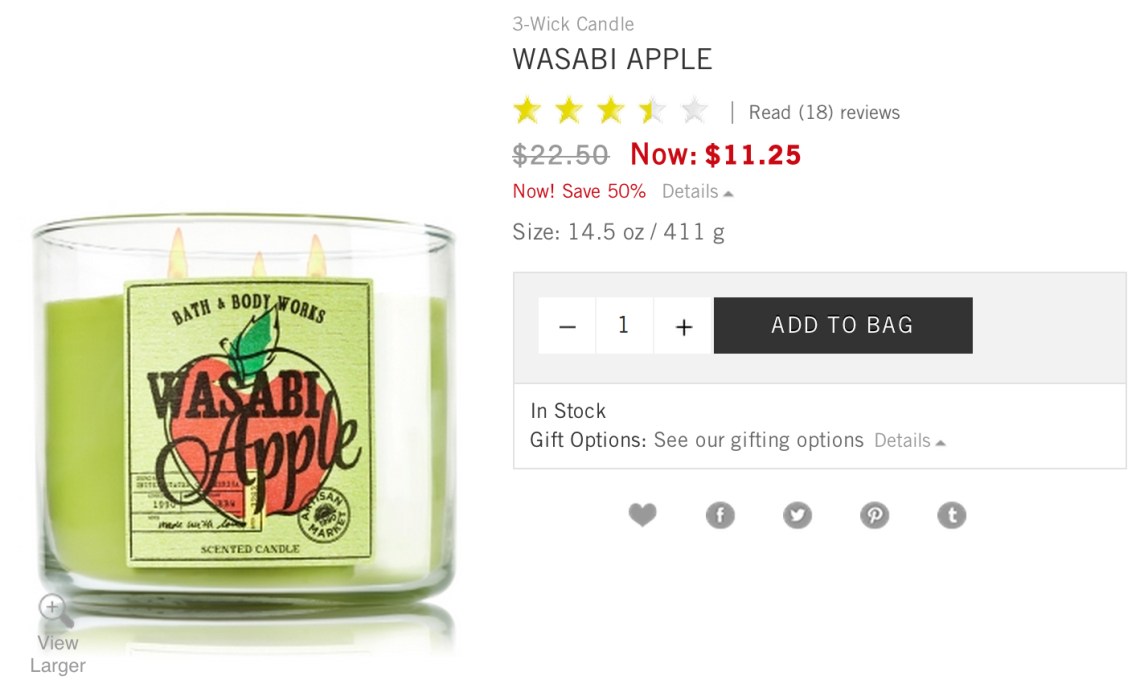 Wait, do people actually eat wasabi on their apples? That sounds awful, whereas the smell of it manages to be crisp and sweet, but slightly spicy. It smells like an apple made a baby with a pepper, and that baby strongly resembles the apple in most features, but kind of has the pepper’s ears. 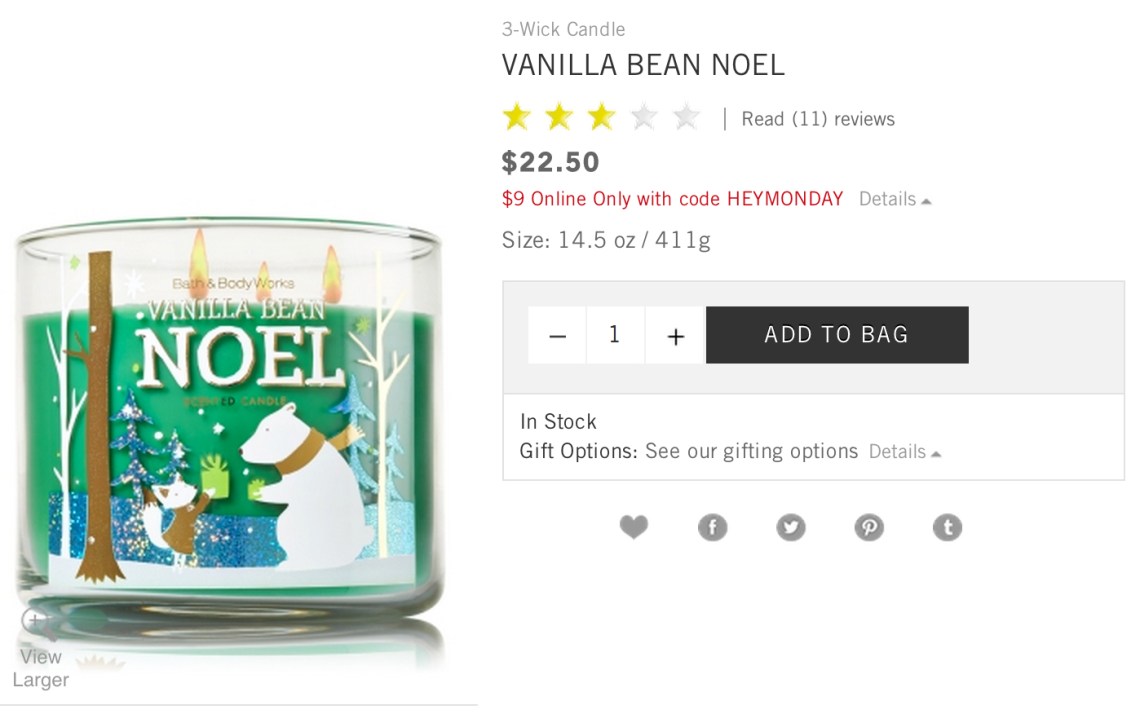 Vanilla beans themselves do not taste good, I’m sure of it, but even if you want to compare in terms of boring, topping-less vanilla bean ice cream, it still pales in comparison to this candle. I’d like to be clear that vanilla ice cream by itself is so much disappointment and wasted potential, whereas this candle is by no means plain, but is a safe, widely beloved fragrance. 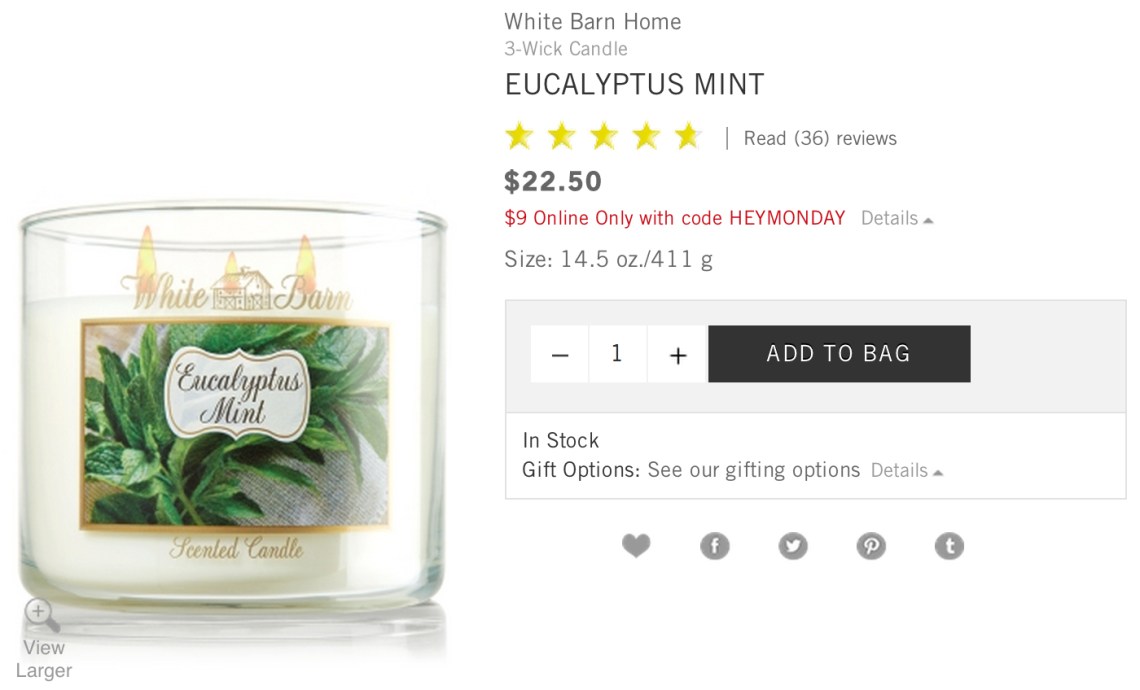 Koalas eat Eucalyptus leaves, and while I haven’t eaten one, it’s a safe bet this candle smells better that they’d taste. It’s a cool, clean scented candle that makes your air smell the freshest. It’s actually very relaxing, and might even make you want to nap. Think of like, a singer with a beautiful voice belting out soothing songs close to your face, but they’re also chewing gum and their breath is pleasantly minty. Yeah, that’s this candle. 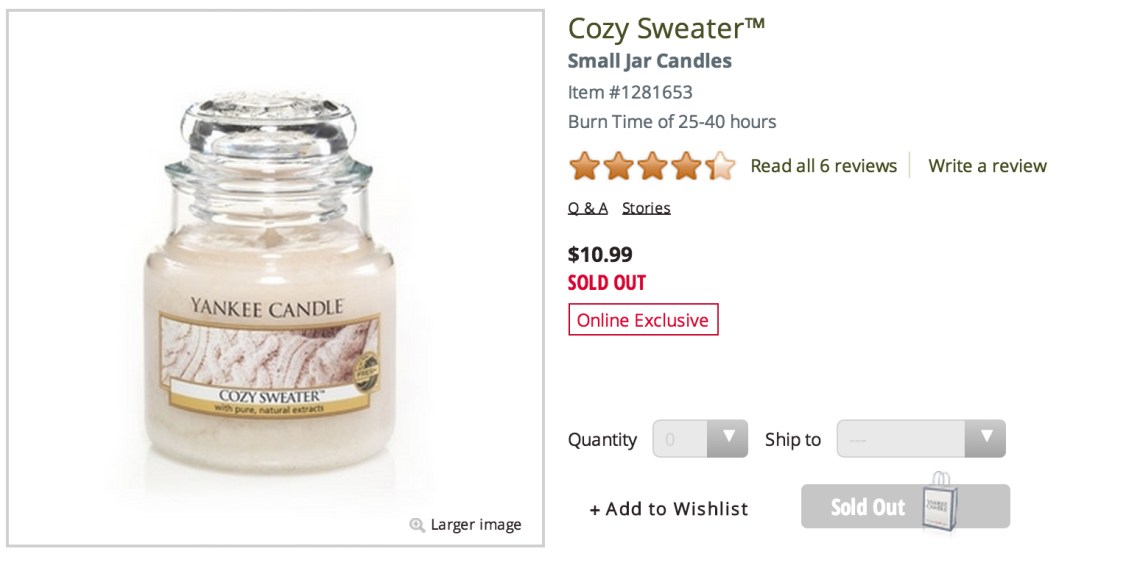 Eating cozy sweaters, or any sweaters for that matter, is pesky because you have to chew for hours, and even then they’re not really too easy to swallow. Not to mention they leave lint and residue in your teeth, whereas the candle smells like fresh laundry and not choking to death on fabric.

This isn’t surprising, as black ties aren’t particularly tasty, and this candle smells like Justin Timberlake just walked by. 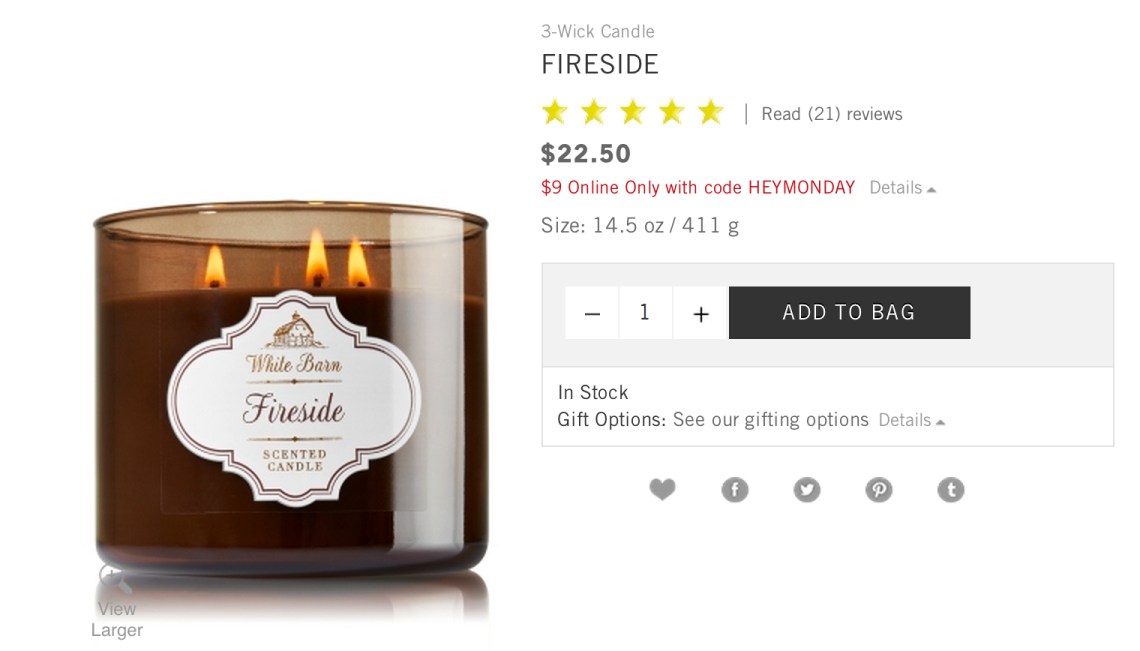 The thing about eating bonfires is that they’ll literally burn your flesh, making it difficult to appreciate, or even recognize the taste. This candle, however, smells like a group of tiny humans are going camping in your home, which is nice, and doesn’t require being rushed to a hospital.

Proposed Scented Candles I Need For My Apartment

5 Aromatherapy Scents That Will Help Your Seasonal Depression

10 Awesomely Unique Smells That Give Nosegasms