I Thought It Was Just Me (but it isn’t): Making the Journey from “What Will People Think?” to “I Am Enough” by Brené Brown 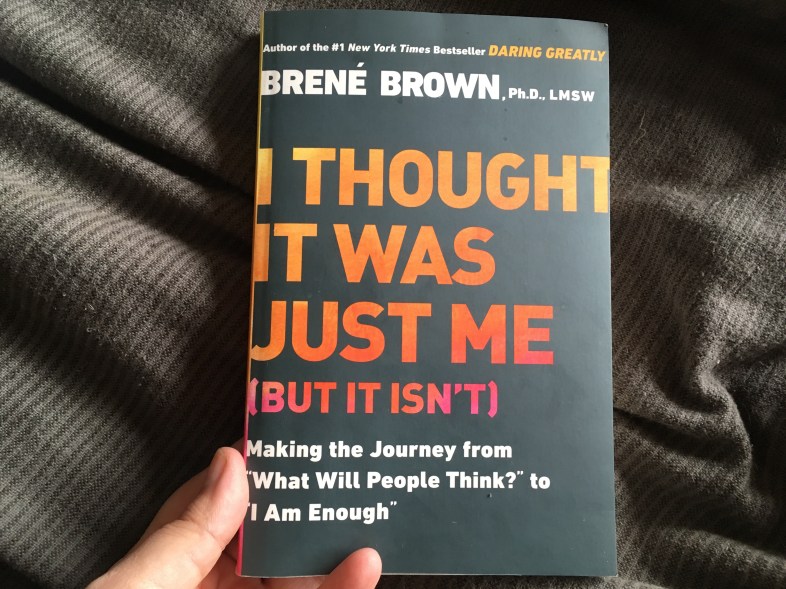 I honestly think we wouldn’t have mass shootings in America if everyone read this book.

This book is so incredibly good and full of concepts that I think would make every person who reads it feel a sense of relief. It helped me understand why I react to some things in a certain why, why people do bad things, why it feels so good to belittle someone I disagree with, and what people need in order to be good people. I was challenged by what it means to address my own shame and to be someone who avoids shaming others to the best of my ability.

There were a LOT of quotes I underlined from this book, here were my favorites:

“It didn’t take very long for me to reach the conclusion that there is nothing positive about shame. In any form, in any context and through any delivery system, shame is destructive. The idea that there are two types, healthy shame and toxic shame, did not bear out in any of my research.”

“You cannot shame or belittle people into changing. This means we can’t use self-hate to lose weight, we can’t shame ourselves into becoming better parents and we can’t belittle ourselves or our families into becoming who we need them to be. Putting people on the ‘loser board’ doesn’t work. Shame corrodes the very part of us that believes we are capable of change.”

“Are we using shame as punishment because we think it will foster real change in people? Or are we shaming others because it feels good to make people suffer when we are in fear, anger, or judgment?”

Seriously. Everyone: PLEASE read this book.

I thought this book was so captivating and I think I learned a lot about how something like a lawsuit works behind the scenes. I was fascinated by all the characters involved, especially how the Gawker culture came to exist and proliferate when it seemed so objectively toxic and unpleasant from the outside. I generally don’t think people who behave badly are “bad” people. Seeing the Gawker players in the perspective of principled people who believe in truth and transparency who lived in a bubble where they believed they were doing good was helpful. One of the central questions of the book is about bullying, and what happens when the bullied becomes the bully, which I think is a very important consideration for people to have on their mind as they read the news.

While reading it I kept thinking that I couldn’t wait for the movie, and that might be happening at some point.

A Clash of Kings by George R. R. Martin

I’m trying to read the whole A Song of Ice and Fire series before the final season of Game of Thrones airs and I’ve heard horror stories about how even die hard fans don’t really love Martin’s writing, or find the books overly long and detailed. But I really loved A Clash of Kings, I was totally engrossed in the story even if it took awhile to get into it at first. The last 3/4 took about as long to read as the first 1/4 did.

The Perfect Stranger by Megan Miranda 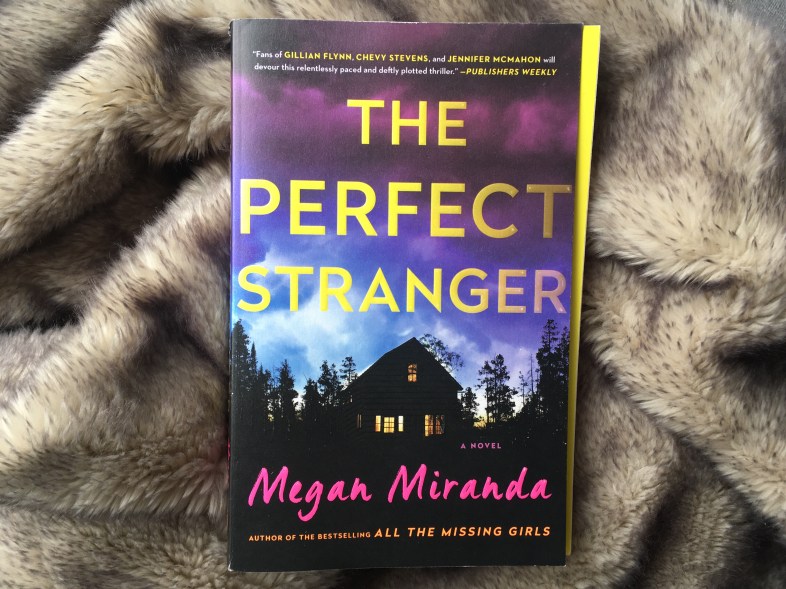 I loved this book! It’s a great thriller to read over a weekend or on a plane (which is one of my favorite genres of book).

The Favorite Sister by Jessica Knoll

This thriller is a must-read for anyone who watches Bravo shows like Real Housewives.

It’s a good read in it’s own right but the way it satirizes the reality shows we’re all familiar with is so juicy. I also kept stopping the book and trying to talk about it with my friends because I’ve never read something before that really captures how phony wellness and activism influencers are. It’s a really fresh story of reality tv, woke capitalism, and murder.

Bachelor Nation: Inside the World of America’s Favorite Guilty Pleasure by Amy Kaufman

This was an interesting background read as someone who has aggressively participated in the Bachelor Nation world. I wish the author would have been like, “I’m a fan!” instead of “I’m a journalist!”

At one point the author was at a Bachelor event and a fan behaved badly (she put her arm around the former contestant, and touched his face while filming herself for Snapchat). The author names this random Bachelor fan with her full name which I thought was kind of weird and mean. The fan invaded someone’s space, which I don’t like, but naming a private citizen in a New York Times bestseller over this is kind of extreme. This bad taste aside, it was worth the read for me personally. If you’re interested, we published a more in-depth review of it here.

Things No One Will Tell Fat Girls: A Handbook for Unapologetic Living by Jes Baker 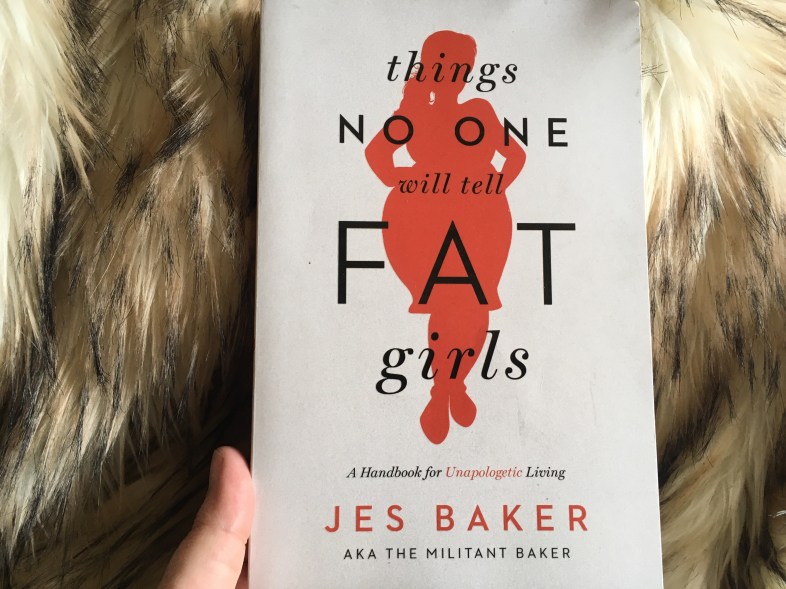 I was really disappointed in this book because I thought it would be a book about how to love your body and personal stories about how to feel good about yourself. It was more inside baseball about the specific online movements the author is a part of, which made the tone more aggressive and negative than helpful. I’m not even against a book about body positive moments, but the coverage here was just too insular. Even when the author was giving advice it was not good advice, it just seemed like how a teenager would tackle these topics to me. I hate that someone looking for a helpful book might find this one instead.

I think what happened is that the author intended to write a helpful guide and sold that book but is in the unfortunate position of receiving a lot of online hate so she wrote the book with her haters in mind, speaking to them instead of the people she wants to help. It’s more of a book of arguments (which the writer is not skilled at) than stories. I think a straight memoir or series of stories from this same writer could have been good and powerful and helpful.

If you’re looking for something in this genre, I think Hunger, Eating in the Light of the Moon, How to Murder Your Life, or This is Just my Face: Try Not to Stare are going to be better reads for you.

Self-Publish The Bestseller Inside Of You

This Is How You Get Rid Of Shame