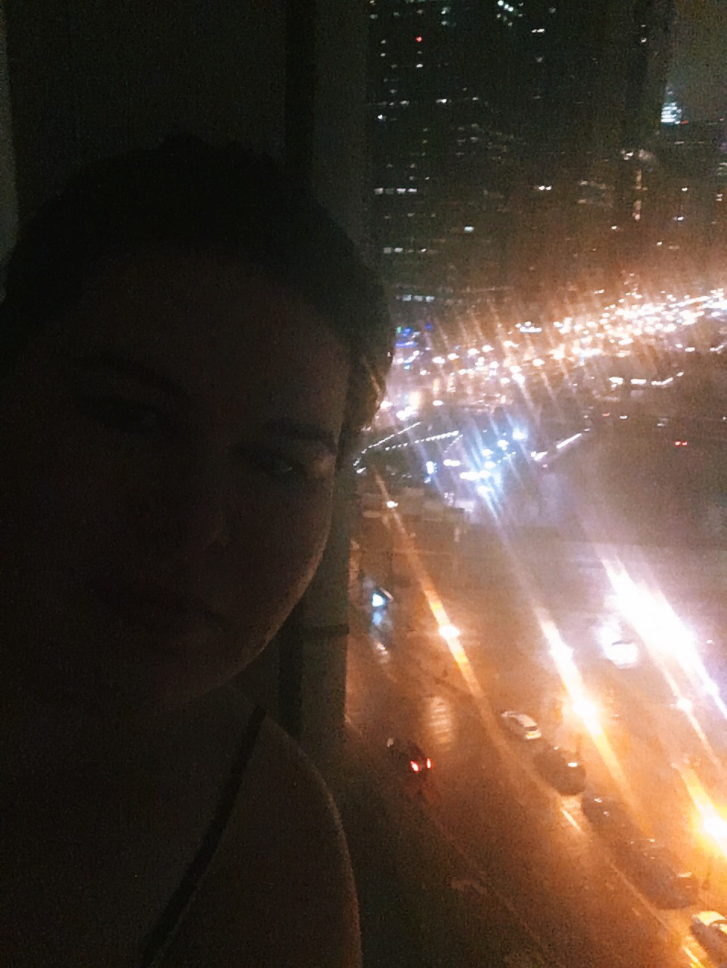 It’s been cold in Minneapolis exactly long enough that every cold gust of wind feels like a personal victory, a pleasure stolen from someone or something.

The summer heat is gone and we are still here.

Maybe that’s what made the night so good. Sitting on a rooftop and standing in a courtyard and outside a pizza shop and then riding through the streets in my neighborhood with the window rolled down soaking in all that cold air on my bare skin. It never felt like too much.

I was nervous to go out, nervous it would stir up bad feelings. I thought I would go out and feel like an imposter next to all those pretty, happy people. I thought someone might ask me to leave at some point, because I don’t belong to the world of night life women. It’s just been a long time since I felt worthy for male consumption which is one of the main vibes of “going out dancing”. But, it was one of my best friend’s birthday and I couldn’t avoid it. I put makeup on. I put potions and sprays in my hair. I was clean and exfoliated and plucked. I tried to fit the part as much as possible.

I don’t know how to describe what happened but I’m a writer and I’m being paid to do exactly that so I will try: I felt good. People paid attention to me and talked to me on purpose and not just to my friends. I danced with some of them. I shared a beer with one. I played a bar game with another. Everywhere I went it was like people wanted me to remember that everywhere is not the internet. Not everyone is broken, not everyone is afraid to touch. I was ready to feel insecure and like no one was trying to talk to me and I couldn’t have been more wrong. These are such small, little things but I didn’t realize how badly I needed to be proven wrong until I kept trying to figure out why I was so happy that I had been.

Not to be dramatic, but it’s how I imagine the desert feels when it rains. I try to be so strong. I try not to think about these things — the ones I’m not in control of. The needs I have that only other people can fill. Today I am relief personified, today I can think that things are not as bad as I imagine them to be. I felt like when I was at the optometrist’s office. Thinking something is wrong with your vision is one thing, seeing things snap into place when they shift the lenses so that you see like a normal person should is incredibly validating. It’s someone outside of you whispering “you’re not crazy”. I can put my finger on something here. I can trace a deep exhale back to its origin.

At the end of the night last night a friend of a friend picked us up from a curb outside a pizza place where we were sitting and laughing with strangers. I got into the passenger seat of his giant SUV and told him how to get to my place and that he should take the alley, and MAYBE a good idea would be that we could spend some time “driving up and down the alley like creepers”. Which is maybe one of the weirdest things I’ve ever said to someone but I just found the concept of fear to be so hysterical in that moment. The idea that anyone, anywhere was afraid of something was a point of fascination. I, successful drunk club-goer, had crossed that Rubicon and was here to assure you that it is, in fact, all farce.

As we rode up and down the alley (just one, just once) I felt so at peace and so satisfied and so happy. So safe.

I’m in so many situations, again and again, where I feel frustrated by other people’s lack of participation in whatever kind of partnership I have with them. On one hand, I want so badly to not need anything from other people, on the other it is a biological fact. But I know you can’t argue someone into caring more, so I spend most of my time trying to be stronger. I spend so much time trying not to need that this night where my dumb human needs for attention and affection were met seems like some crazy spiritual experience.

I think I just forgot that it can be easy.

I think I just forgot that the way other people think about you isn’t everything, but it’s not nothing, either.

My friend told me, “you are already happy with little, there is no need to settle for less.” I can have my precious internal locus of control and my serenity prayer and I can accept the things I cannot control. But I have to keep remembering that not everyone is hard and harsh just because some people are. I have to be open and hopeful for the things everyone should be open and hopeful for.

💕 Order your copy of Chrissy Stockton’s new poetry book, We Are All Just A Collection Of Cords, here. 💕