Hi! It’s the most wonderful time of the year! Again!

We’re all gathered round with our loved ones to watch Jojo Fletcher find a hosting gig by dating 25 eligible (???) men. Hey, at least none of them can be as boring as Caila was!

Here are this years contestants, ranked from most to least depressing.

Despite looking like an Edward Cullen reject, Daniel frequently refers to his body as a ‘lambo’ and his literal worst dating fear is that she ‘looks different than her pictures.’ Dude, Facetime her? Display an iota of problem solving skills, please.

This is the most Brandon-y looking Brandon I have ever seen. **notices his occupation is ‘hipster’** 😦

Ali is a 27-year-old bartender and “party starter.” Also highly suspect he is lying about his age.

His occupation is “Bachelor superfan”. He is the kind of guy who only likes to “make love”.

Vinny is a barber who thinks he is auditioning for an episode of Entourage.

All of Alex’s tattoos are family or work (?) related. I’m already bored!!!

Evan wandered down the hall to the Bachelorette casting instead of his intended destination as a 90’s Behind the Music stand in.

Chad is the name of Jojo’s ex. That ex. Also, he answers three different questions (who do you most admire, who do you want to have lunch with, if you could be someone else for a day…) with “Myself in 10 years, alright, alright, alright.” Maybe the producers should have offered to have someone read the questions out loud for him ??

Coley’s bio isn’t necessarily depressing, but he also seems like such a longshot for Jojo that I feel a bit sad for him. :( 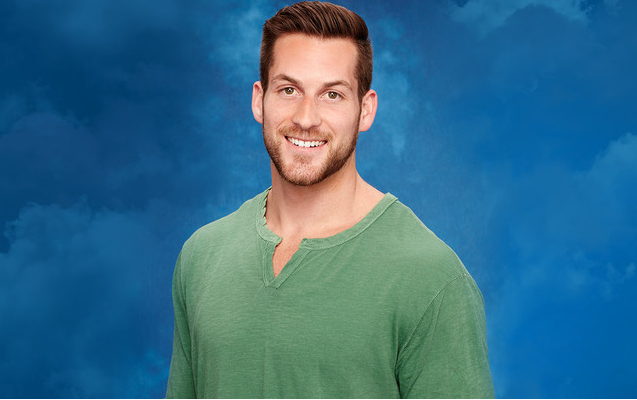 The “one” thing Chase wouldn’t do for love is sell his truck. Which, oddly, I think will make him very popular with women.

James F is one of three James on this season. He likes the Bible and carb-cycling. Currently he is lazering off all his tattoos.

The number one thing on Christian’s bucket list is to “build a relationship with Mark Cuban” which is half really douchey and half really sweet.

I was about to say, nice job ABC on probably casting the first black Bachelor and then I read about Grant’s “worst” date: “Getting lunch with a girl and listening to her talk about Harry Potter for 20 minutes.” If you can’t handle me at my J.K. Rowling you don’t deserve me at my Joan Didion.

Peter seems like he is going through a quarter-life crisis and is only on the show to go on cool adventure dates. Probably has a girl back home too.

James Taylor is a singer-songwriter who goes by James Taylor, somehow. He has an American flag tattoo and is a “party starter”.

I can’t make my mind up about Will until I see him on camera. He could be a lovable funny guy, or he could be totally over the edge into unfunny frat-bro territory. We’ll withhold judgement until the limo exit!

Nick S doesn’t seem like a bad guy, but he doesn’t seem like the kind Jojo wants, at all. He’s young, he has the same profession as her ex (something about softboys and software sales?) and wants to travel the world, sail, start a farm — not necessarily settle down and work on a relationship.

Nick B seems like he has the personality of a dog — happy, nice, loving. He might be simple in a bad way, we’ll have to see how it plays out.

I like Derek because his answers to all the questions are more than a sentence long and it seems like he put actual thought into them. Even if the responses are basic banker bro answers, it’s still refreshing that he’s thinking about them.

Luke is the second person on this season who wants to meet Mark Cuban more than anything but he gives reasonably well thought out answers to his production questions. For instance, he describes his best traits as “competence, patience and empathy for others” which are actually good attributes to be proud of.

Wells actually describes the best date possible: “Really good tacos, a great live band, a walk around the city, and wine and cheese on my front porch as Otis Redding plays on my turn table.”

The MOST “outrageous” thing Sal has ever done is egging a teacher’s house in high school. My mom is going to love this guy.

Robby TOTALLY seems like the kind of guy Jojo would go for. He’s a former competitive swimmer who wants a big family and talks about the kind of “man he grew to become.”

Jonathan gets to be the least depressing because we have the same favorite authors (JD Salinger and RL Stine). Clearly he has taste.