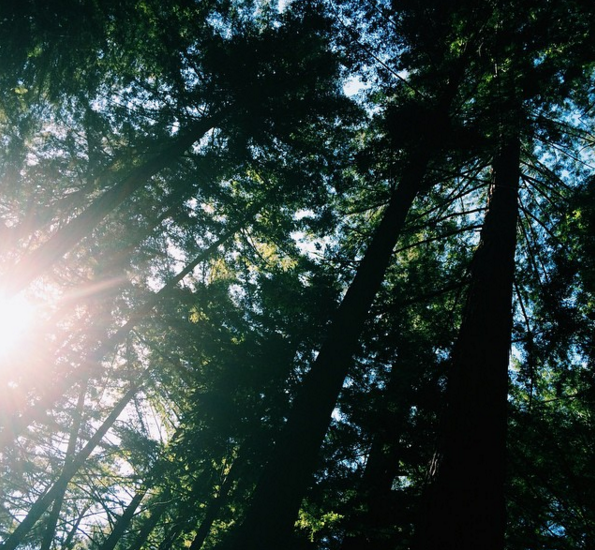 I like two poems about happiness. One says you want to give up everything you have to be as happy as you were Back Then. The other says, “they didn’t fill the desert with pyramids. They just built some.”

I read them back to back hundreds of times the January I came home from the west coast. I had left a mountain filled with people I loved very much to move home. I was terribly lonely and it was always dark outside and I was viscerally scared I wouldn’t ever be as happy as I had been the previous few months.

I saw a picture of a concert that was held in the cookhouse last week on Facebook. Our cookhouse we once light up with tea lights. Where we laid on the floor between the kitchen counters and talked about god. Where we played guitar and danced and when we ran out of steam we all sang hymns because they were the only songs well all knew by heart.

One night I threw a sleepover there for all the girls in Lincoln and Shayla and I made trip after trip carrying heavy armfuls of wood from our woodhouse to the back door so we could stay warm. There was this thing about our friendship that meant that we were always the ones carrying wood for people, because we knew there was a kind of joy in that. We had arms that worked and legs that carried us and were strong enough to not think about the possibility of a spider lurking somewhere in the pile when we stuck our hands in in the dark.

I had to get over that place like a breakup. The second worst I’ve ever had.

It’s hard to find a place where you are so happy, and then move on. It’s hard to push the upper limit of how full your heart can be and then go back and things just don’t fill you up like they used to. Once I knew it was an option to love people so much and feel loved by them, I didn’t know how to not exist in that place. I didn’t know how to deal with the fact that we were all going to fall out of touch with each other.

Tom came to visit last summer and Paul and Shayla came in from the suburbs and we went to a bar downtown I go to all time time and it was funny to see how out of place these mountain men felt there. The next day I took Tom to my favorite dock and we laid on it and didn’t talk about anything. I walked him to a concert where Paul was waiting and we hugged and said we wouldn’t let so much time pass.

I don’t think it’s bad that we have moved on. Things don’t go on forever. I am learning this even though I am also obsessed with the idea of fecundity.

It is just hard when something is good to not want more.

His Name Isn’t Yours Anymore

Maybe It Was Always Meant To End This Way

The Truth Is, Seeing You Again Didn’t Make Me Want You Back