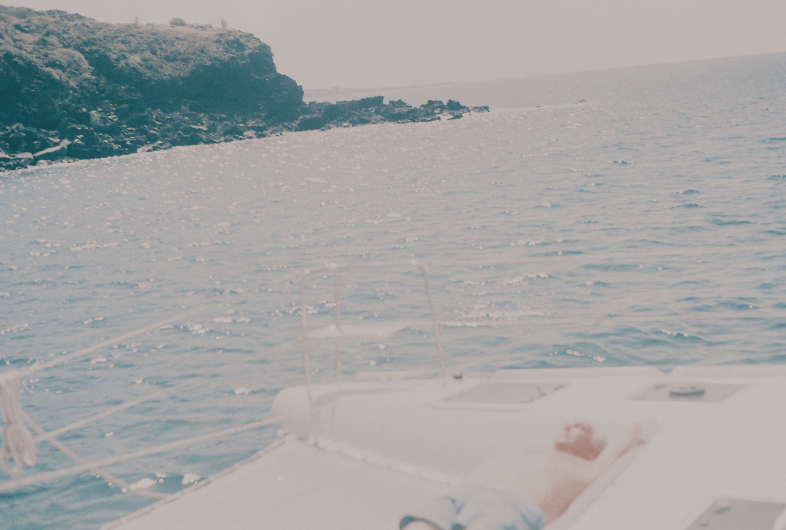 I’m trying to let go of looking good on the outside. This is because no matter how good I look, how glamorous my life seems, how pretty a particular selfie is, I will never look good enough. It’s a dubious goal to begin with but knowing I’ll never win helps motivate me to bow out completely. Chasing “enough” is always a losing battle. “Enough” is vapor, it’s the carrot on a stick — tantalizing you with potential but never becoming reality.

So I want to give up on chasing enough, on trying to impress people with how great I am. I want to quit before I start and not play this exhausting, soul-sucking game of trying to win at comparing my life to other’s. My life is good and bad. It’s whatever it is and I’m doing the best I can but I’m not better than anyone else when I’m happy and I’m not worse than anyone else when I’m struggling. Or at least, I’m not better or worse because of those things.

I’m not in competition with anyone else. Someone else’s success is not the absence of my own (and vice versa).

Nora Purmort, the woman who has been beautifully capturing her family’s fight with cancer on My Husband’s Tumor, wrote an update last week about reminding herself not to make it look easy. It’s easy, she argues, since her blog has put her in the unenviable position of grieving in the public eye act a certain way because she wants a gold star for being a “good” grieving wife. It’s that insidious subconscious voice we all have. We want the gold stars. We want to present people with whatever version of ourselves will result in the most gold stars.

I don’t want to make it look easy, anything. I don’t want to participate, however well or however poorly, in the charade of easy — of always being happy or of tying up the bad times up with a lesson I learned from it and aren’t I glad I’m so much better than that now?

I’m not the kind of person who radiates happiness because she is so spiritually fulfilled. I can’t bring myself to meditate even though I put it on my checklist every single day. I have struggles in my life that are decades long stalemates and sometimes I daydream about solving it with some zen strategy and then wouldn’t people think I was so great? I could teach people all about how I turned my demons into teachers. Maybe I could have a career as a life coach, then. I’d be the kind of person who speaks at conferences and writes self-help books with my picture on the cover.

I don’t want to make it seem as if every struggle comes with the divine intention to teach me a lesson which I then express to others eloquently and move on.

I am doing this scary thing of trying to deeply live the life I want to live, even though it doesn’t look like anyone else’s idea of the life they want to live. I think that sounds cool and like something everyone would like to say about themselves but what it looks like from the inside is a lot of crying and a lot of being alone and a lot of wondering if I am making decisions I will regret or living a life that is selfish and not meaningful. And a good amount of satisfaction. It’s not easy, it’s not always hard either. But whatever it is, I want to shine the flashlight in the closet so anyone can see there is no monster there. My life is nothing to be envious of, and in offering this up I can stop idly wishing for such an irrelevant goal.