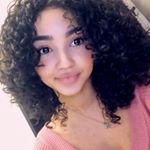 For many of us shy human beings, it can be difficult to speak up or confidently express how we feel. Therefore, we tend to just agree to everything, regardless of how we may feel in a situation.

As the years have passed me by, I’ve learned that saying “no” is a skill that I haven’t quite yet mastered, and for many others like myself, saying those two little letters takes skill. There are some things you should keep in mind when trying to say no, and things you should look out for when someone is telling you no.

Being an assertive and confident person takes practice. And if you’re not there yet, just make your best attempt to be. It can be very easy to become overwhelmed when multiple people are shouting at you to do something that you don’t want to do, but you shouldn’t just give in because of this. More often than not, the people around you will respect you, not mock you, because of your decision to be brave and say no.

As a soft-spoken person, it can be easy for others to talk over you or make your decisions for you. There’s nothing wrong with being a quiet person, but that trait is not an initiation for someone to force you into doing something that you’re uncomfortable with. Even for the shyest person, the word no holds much power. Don’t beat around the bush or simply hope that they get the hint. If you’re not okay with something, you should make that clear.

3. You’re NOT being rude

If you’re fearful that denying someone may make you come off as rude, that is not the case. Saying no might seem like the easier solution that will prevent issues later on. However, it is actually rude to not be upfront about your feelings or hurt your own well being for the sake of trying to remain “nice.” And let’s face it, your time is precious — don’t waste it on trying to make other people happy. It’s important to speak for yourself and not let others speak for you.

You shouldn’t have to repeatedly tell someone how you feel. If they’re not listening, they’re simply not a good person to be around. So take this as a lesson and keep moving forward. If you’re on the opposite end and someone is trying to get you to understand that they aren’t cool with something, then don’t be a creep or a bad friend. Not everyone is going to agree with you or be down for the same things. Make it a point to be a better listener and THINK before you DO.

I am a very extroverted, introvert.