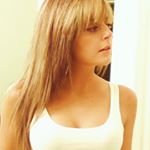 Oh, Jane Austen. Who has not heard of this literary icon? Women idolize her timeless stories, as she is both a past and modern-day woman. We fall in love with her characters, as their personal development in life and love are realistic, rather than that of a fairytale. Apparently, some people do not share the same enthusiasm for Ms. Austen. I’ve seen many people squirm in their seats as I profess my adoration for her — apparently, she’s been branded the “chick-flick” of English Literature. Wait, what? Nicholas Sparks’ novels are “chicky”. Jodi Picoult (much love, girl) is in that category, too. Jane Austen, though? She is heavily misjudged, as each of her novels depict the near-impossibility of love for women deemed unworthy by 18th century society. Seriously- this woman nails it historically, as she touches on social class and the lack of options women had if they were born poor. Granted her protagonists were primarily women, she never lacked in the development of her male counterparts either. These men were attractive and loaded, but still riddled with faults and problems (ahem, Mr. Darcy). Jane Austen exposed the humanistic aspect of a culture that was defined by wealth and status, and made it SUPER relatable (once you get past her style of writing). We fell in love with her complex characters, and along the way, she taught us a hell of a lot about life and love. Still unconvinced? Here are a few examples of Jane Austen simply killing it through her most famous works:

1. “Know your own happiness. You want nothing but patience- or give it a more fascinating name, call it hope.” –Sense and Sensibility.

Okay, how can anyone not take something from this quote? There was a lot of waiting in Austen’s novels, as life carried on more slowly than it does today. We have everything at the tip of our fingers, and communication has never been so easy. In the 18th century, however, there were letters… like, real, handwritten letters. Men arrived on horses to call upon you, and this is the basis of what women looked forward to. This quote reflects a more modern-day Austen, as she expresses finding happiness within yourself, as your patience may start to run out while you’re waiting for a man to arrive. More importantly, she mentions hope, which EVERYONE knows to be the most promising feeling in the world.

The message: Find what makes you happy, and trust that your hope in the future will allow the rest to fall into place.

2. “I have not wanted syllables where actions have spoken so plainly” -Sense and Sensibility.

Daaaamn. Why can’t we all think and reason this way? More times than none, we’ve all believed someone’s words above their actions. We make excuses for them, believe their declarations of love or promise, only to be devastated with disappointment. It’s often an endless cycle, as we allow these individuals to hurt us continuously, while we just blame ourselves. Jane Austen shuts it DOWN when it comes to this topic, as she does not even allow words to be heard from someone like this. Actions are a direct reflection of a person’s intentions, and Austen expresses it.

The message: Do not allow someone’s words take importance over their actions, as what they do will always reflect the truth.

3. “I always deserve the best treatment because I never put up with any other” – Emma

Anyone else want to insert the hair-flip girl emoticon right now? Case in point, this is what women today are saying, given we have an abundance of choice in every aspect of life. We have the resources to demand respect. Jane Austen’s time period? Not so much, as women were specifically at a man’s will. Austen always has strong and independent female protagonists, who defied the social norms outlined by her society — and this is why we absolutely adore her. This quote seriously just shuts. it. down. when it comes to accepting only what you deserve.

The message: Have some standards, and don’t even think about putting up with bullshit.

4. “But people themselves alter so much, that there is something new to be observed in them for ever.”- Pride and Prejudice

As human beings, we are always in transition, whether this be physically, mentally or professionally. Seriously, we never stop changing, as our day-to-day experiences and relationships mold us nonstop. Jane Austen addresses this concept big time in Pride and Prejudice, since both of her protagonists change dramatically. Both stubborn and influenced by society, Elizabeth and Mr. Darcy humble themselves and submit to vulnerability. From this, love friggen exploded between the two. How many times have you run into someone you haven’t seen in years, and have been amazed at how different they are? More importantly, why are you always so surprised? We are never finished changing, and this is why people are so damn interesting. This is what Austen is referring to when there is “something new to be observed in them forever.”

The Message: Do not assume that this is it in life, both within yourself and others. Accept that changing is inevitable, but in the change comes something new and exciting to behold.

5. “Do not give way to useless alarm; though it is right to be prepared for the worst, there is no occasion to look on it as certain” – Pride and Prejudice.

A lot of us need to calm the hell down when it comes to the control we have in our lives. We are an anxious generation in pursuit of perfection, and as a result, we freak out when things appear to turn sour. Austen is an optimist to the fullest, and through her character’s misfortunes, she never falters in maintaining a positive outlook. Think about it, these women Austen depicted faced two possible outcomes in their lives: get married, or become a burden on their family/become an old spinster with no real security in life. Despite the terrible odds of happiness, her protagonists carried on. We will never, ever relate to this type of impending doom — we have infinite possibility of happiness.

The message: Yes, things will go wrong in life, but not always in the way you imagine them to. Take a deep breath and approach situations with reason, rather than stress. We have it better than we think.

6. “Nobody can tell what I suffer! But it is always so. Those who do not complain are never pitied.”- Pride and Prejudice

Suffering is an unfortunate part of life, and what’s worse is that many of us experience this alone. Suppressing true feelings and emotions is normal today, as expressing them is a sign of weakness and instability. We never truly know what someone is going through, and Austen’s quote reflects this perfectly, because she’s completely correct. Those who complain about whatever is plaguing them are the first to receive attention/help for it. Compassion is offered to them, and their actions are looked upon differently, as their pain is at the forefront. Those who choose to bottle their feelings are revered as strong, unaffected individuals — the very type Austen sees right through, and exposes. Through her exposure, Austen acknowledges that suffering is universally human, and even the toughest of exteriors is susceptible to pain.

The message: We will never know one’s suffering through their appearance alone. Also, lets rein back the complaining a bit- we all hurt.

7. “Money can only give happiness where there is nothing else to give it”- Sense and Sensibility

Can this statement be any more accurate? It’s common knowledge that money does not equate to happiness. Those who put heavy emphasis on money tend to be lacking in an area of their personal life. What strikes me is how badass this is for Austen to write. In the 18th century, money and status LITERALLY meant happiness. The amount of money you were born to was your seal of fate- a seal that was nearly impossible to break free from. Even then, Austen called bullshit on how one-sided the love of wealth can be. Majority of her novels touched on her disdain of money and the amount of influence it had on her society. This concept definitely still applies today, since the pursuit of wealth will never die down.

The message: Though having money is nice, it is empty and void of any emotion. Do not fool yourself into thinking you’re happy just because you’re rich. You are simply buying yourself pleasure.

8. “There will be little rubs and disappointments everywhere, and we are all apt to expect too much; but then, if one scheme of happiness fails, human nature turns to another; if the first calculation is wrong, we make a second better: we find comfort somewhere”– Mansfield Park

Ah, the pangs of disappointment and shattered hopes. They’re unfortunate, they’re brutal, and they’re common. Sometimes, we allow our hope to reach such drastic heights, that they turn into unrealistic expectations. Austen’s characters were dealt some pretty unfortunate cards, but she allowed them to build meaningful lives from virtually nothing.

The message: The human spirit is extremely resilient, and we are always capable of bouncing back.

This betch is just getting started here. Check out some of her books and you’ll see. ☺

Read this: Women Should Love Jane Austen More Than Ever

Keep up with Christina on facebook.com

120+ Top Inspirational Quotes of All Time