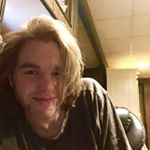 There are times in our lives where it is hard just to get out of bed in the morning. It’s hard to show up somewhere and play a persona that you have no interest of playing. We’ve all been in environments where it’s clear we don’t fit into. Whether that is a school, workplace, neighborhood, party, or even your own home. That is just one place you are going to be. There is a world of places where you do belong. Don’t let one place where you don’t belong ruin your self-image and make you think that you’re not worth fighting for.

Everybody has value and has something special to share with the world. No one on this planet should be worth overlooking. The people who see you as insignificant have a closeted fear of being seen as insignificant too. That’s where a lot of insults and labels come from. We all have deep closeted fears and it’s common to feel like you won’t be remembered. If you let that fear overtake you, then you will be unhappy and you will start to believe that you weren’t meant to mean anything to this world.

You’re not whatever others label you as. Even if you’ve been called a good friend or a hard worker, that doesn’t define you either. What defines you is how you view yourself. How you carry yourself and what drives you is what will define you. No one has the power to stick a label on you. The only label you will ever receive in your life is your name. Everything else is something you can build and create. If someone doesn’t see your value, then it’s possible that they’re a little shortsighted. Maybe they fear that you have the potential to be seen as more valuable than them. I don’t know, but it’s not something to dwell on. The people who truly want you in their lives will never see you as replaceable.

You’re still here. Find what makes you be seen if that’s what you want. It’s okay to live a life where you don’t want to stick out and garner all the attention. Truthfully we have so many people trying to do that. It would be nice if there are actually people who just want to live their life and do their jobs without wanting to be in the limelight. You don’t need the world to see you for meaning so little. You just need a few people to see you for meaning so much.

Everyone has a name, and there isn’t anyone out there named nobody.