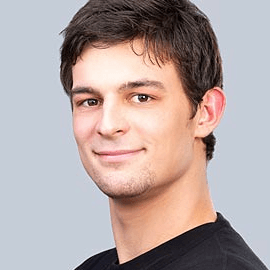 By Chris Haven Updated February 7, 2022
Relationship mistakes that way too many men make.

I’m well aware that not every man out there is interested in hooking up with women off Tinder, having random one night stands, and maintaining multiple relationships.

Some men just want a great relationship with an awesome woman. It’s hard enough these days, especially in the Western world to find a woman that is worth a long-term relationship.

If you do find her, here are 10 mistakes to avoid making.

1. Not being willing to walk away from the relationship

This is especially dangerous because of its potential to place you in a situation where you could lose focus on whose best interest the relationship is in.

You should always be willing to leave the relationship for her sake. Sometimes, a woman can be unhappy and unfulfilled in a relationship, but still stays with you because she’s afraid of leaving her comfort zone, or due to some other advantages the relationship has, such as sex, financial security, or companionship.

I’d like to point out that there’s absolutely nothing wrong with having other women interested in you. If you are in a relationship, chances are, your woman has multiple male “friends” whom she maintains a casual acquaintance with knowing fully well that he is a future prospect, should her current relationship go south.

There’s nothing wrong with this – it’s human nature.

2. Not willing to redefine the relationship

Nothing is perfect. In a long-term committed relationship, people and situations change. Being inflexible to these situations sows the seed for the eventual destruction of your relationship.

If you truly desire a mutually beneficial relationship (and none of these issues are dealbreakers), you have to be willing and able to redefine the nature of your relationship.

The key phrase is “mutually beneficial.” This can be a painful and uncomfortable experience. It could involve changing the nature of your relationship to a less committed one, which in some cases could ultimately lead to the end of the relationship.

I have friend, whom I’ll call Todd, who wanted children. However, his partner Ellen absolutely refused to physically bear children, but was fine with him being a sperm donor for a surrogate mother. She still wanted to be with him, yet the relationship was threatened by their conflicting goals. Todd wanted children, so he stepped up to the plate and changed the nature of his relationship to accommodate both their desires. He found a suitable surrogate mother and got the child he wanted. Today Todd and Ellen are still happily together and raising a beautiful daughter.

3. Not asking enough from your partner

I’ve frequently found myself in great relationships which gradually puttered out over time because I lost interest.

The women were amazing, but the problem was that I hadn’t learned to ask for what I wanted. One of the questions I’ve learned to ask when I’m in a good relationship and find myself losing interest is “What would have to change for me to remain interested in this relationship?”

Developing the habit of of defining your ideal relationship is a natural, caring, and healthy thing to do. However, it is a habit which takes a lot of practice. The earlier in your relationship you begin to ask, the better.

4. Not taking action in your relationship

Its so easy to get past the “honeymoon” period in a relationship and begin taking little things in your relationship for granted. Therefore, it always comes as a surprise when she suddenly brings up a problem (or perceived problem) and gets very emotional about it. Taking action in your relationship is all about responsibility.There are two basic guidelines to remember:

Women are emotional creatures. Accept this fact wholeheartedly. As a man, the moment you react emotionally to her outbursts or emotional energy, you’re slipping in your role as the leader in the relationship.

You set the frame and every little spark, every storm that occurs in your relationship must always be within the boundaries of your frame. Having a strong frame requires you to learn how to love and live with her feminine energy.

Whenever you find yourself in a rough emotional period with your partner, pause and take a moment to fully appreciate her energy. Meditation is is a practice that can help with this. A good form of meditation which  I have found helpful is  Vipassana Meditation.

Remembering this mistake makes me cringe because it is one of my weaknesses in relationships. I’m a very logical guy who makes lists every morning and night, and I rarely go on a trip without thoroughly planning it down to the most minute detail.

While adequate planning is a great success habit to develop,  it is counterproductive to relationships. Women do not want to hear your relationship plan! They may want to have a slight idea of the potential of the relationship, but understand this: Women love situations that “Just Happen.”

I call it the rule of “Just Happened.”

Women love casual dating to “just happen” to evolve into a relationship. They love meeting a guy on a date and “just happening” to have sex with him within a few hours. Respect this rule in your romantic and sexual dealings with women and you will be just fine.

Even if you did plan that “spontaneous” trip to Vegas, maintain the “just happened” rule and keep your mouth shut. Ever tried to plan out sex? It’s the most unsexy thing ever. This is why Kino Suave stashes condoms all over his house. Sex is always “just happening.”

Most importantly, every stage in the growth of your relationship should follow this rule.

7. Not maintaining your skills with women

As a man, it is your duty, obligation and responsibility to gain proficiency in Game. Whether you are in a relationship or not, you must keep practicing your skills. Never stop flirting with other women – even when you are in public with your woman. However, always show her respect and acknowledge her by introducing her as your girlfriend/wife during these interactions.

The fact that you are flirting, but still making an effort to introduce her to other women as your partner affirms the fact that she is with an attractive man. If she make a scene or constantly gets offended when you even speak to other women, you may want to re-evaluate your relationship with her. Refer to Mistake #2.

I’ll never forget the call I received from my father a few years after his separation from my mother. He had been married for over 20 years and had absolutely no idea how to even talk to a woman he found attractive. It literally took him a few years to start asking women out on dates. It broke my heart to see this proud and accomplished man whom I look up to lose his self-confidence and flounder in an arena he once dominated.

Always, always have a few women around you that are attracted to you- this keeps your masculinity alive. There is a tendency for women (and some men) to deny that having interested females around you preserves your masculinity. Pay them no heed. You should never take dating advice and especially advice on what constitutes masculinity from women.

In the same vein, you should never stop flirting with your girl and never stop doing the things which made her attracted to you in the first place, such as your appearance – dressing well and working out, as well as constant self-improvement.

The moment you threaten you relationship, you plant a seed a leads to the inevitable end of the relationship. If you value your relationship, NEVER, EVER threaten it. The power of your masculinity is your ability to convey the actions you would take in certain situations non verbally.

Women know how much their man can take. They instinctively know when you are willing to walk away from from a relationship. You never have to actually verbalize it.

9. Not contributing enough to the relationship

A woman must leave a relationship with you as a better person than when she came into it. Help her grow and always make sure you are one of the most positive influences in her life.

I want you to realize that the happiness of your woman within the relationship is mostly dependent on you as a man. You lead. This might be surprising to most men, but think about this: if she eventually become unhappy in the relationship, who do you think is the first person her friends and family will point fingers at?

You: *smiling* ”Are you happy right now?”

You: “Good. When you’re with me, I want you to be happier than you’ve ever been.”

Another way is to ask her about situations that generated extreme happiness for her and bring up those situations occasionally to trigger her happiness.

Never, ever criticize your partner for doing something wrong. There is no such thing as positive criticism in a relationship. Everyone has an ego and no one wants to be wrong.

So how do you get around the sensitive issue of bringing attention to issues you would like your woman to change or adjust?

You always “catch” her doing the “right things” even when she doesn’t.

Lets say you’ve been in a relationship for a year or so. When you first met her, she was feminine, dressed up often and wore heels. Thats the sort of woman you like- the woman you wanted to be in a relationship with. A year later, she starts wearing sweatpants, dressing down and generally, not making an attempt to be sexy- either for you or for herself.

When she next dresses up, make it a point to compliment her and let her know how much you appreciate how she looks:

“Baby, I love it when you dress so sexy/wear makeup/wear heels- I feel great being with you.”

Even if she happened to put on a little make up, compliment her and express the positive feelings it generates in you.

The same goes for topics such as weight loss, her career, her health choices and so on.

What are some of the other mistakes you feel guys make in relationships?