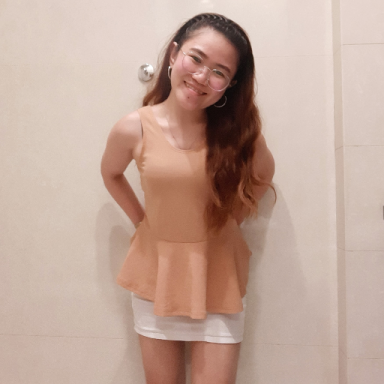 I was watching Barbie: Dream House Adventures when I heard Barbie say that “What If” are the two most magical words in the dictionary. It triggers your imagination, hence your dreams and the things you most certainly would want to happen.

My mind was filled with too many thoughts, but I tried to focus on you—on us. I asked myself:

“What if I was brave enough to ask how you felt about me?”

“What if I never stopped myself from showing how much I truly cared for you?”

“What if I told you I kind of loved you?”

I wonder what would’ve happened then.

Our story was like something out of the movie. We met, we clicked, and we did everything together. We were inseparable, not because we were romantically linked to each other, but we had this certain connection that even we could not ever fathom.

However, have I never thought of getting intimately close to you? Have I ever thought about how your soft, pink lips would’ve felt on mine? And how our hands would’ve perfectly fit if they intertwined?

Of course I have, but I put you on a pedestal—that’s why I never acted on it. I made you my ideal guy. You became the basis of what type of guy I wanted to let into my life. You were almost perfect in my eyes, and I saw you as a steward of how my person should be.

I wanted someone like you—perhaps not really you, which is why we’re just friends, comrades, partners in crime, and pals.

But looking back, I loved each moment we had, and it was a sacrifice for me to not tell you how I felt, even though it already showed in the glint of my eyes and how wide my smile was when we were together.

And right now, all I can think of is: What if…?

What if I tried to remove you from the pedestal that I’ve put you on? What if I didn’t think of you as my ‘ideal guy’ but rather believed that you were it; that you were my person after all?

I wonder how things would’ve worked out for us instead. But sadly, I will never know, because I never told you. I was not courageous enough to tell you how I felt. And the possibilities of what could’ve happened between us will haunt me for eternity.