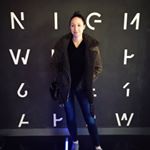 The trick to this – what I’ve been calling a “good kind of a bad mistake” – is to focus on time, place and approach. It’s never good to badmouth your coworker in the morning staff meeting. But if Tyler really won’t stop calling you “sweetie,” you can end the situation by scheduling a private meeting and delicately talking through your concerns with Tyler. Time, place, approach.

I’d like to think that I’ve been moderately successful in the business world. No, I’m not a start-up CEO or running a line of business for a major entertainment company, but I’ve gotten consistent raises, promotions, and responsibilities when I’ve asked for them. For a Millennial woman who prides herself on being ambitious, that’s something – and it could be something for you, too. Here are the three best bad mistakes I made at work:

1. I told my boss they were stressing me out.

To be clear, I also told my boss they were stressing many other employees out – but either way, it was not a fun conversation for us to have. It was terrifying to sit down with my boss and explain how their behavior was interfering with the processes that it was my job to upload. I had no idea how it would go, but when I explained my concerns to my boss, they nodded, thanked me for letting them know, and changed their behavior.

How did this happen? It’s important for me to acknowledge that I had a great relationship with this boss, meaning I was comfortable approaching them with my concerns. I knew the best way to frame a conversation with them was to share my concerns in a private, low-key meeting with a solution already in hand. I find that this approach works well in general, but if you do this for yourself, make sure you take the time to figure out the optimal environment for your boss. Approach the situation like your boss has the upper hand because a) they do and b) just because you’re going to complain to them doesn’t mean you should totally let loose. (Save that for after work happy hour.)

2. I stopped regularly checking my email.

A full inbox gives me anxiety. Every time I see a new email, I feel that it’s another task on my to-do list that needs to be wiped off immediately. My email became a way for me to “productively” procrastinate on larger, long-term tasks. Why start page one of that massive analytics report when I can send 10 emails — and achieve 10 things — instead?

So I cut myself off. I made it clear to my coworkers on the best ways to contact me if there was an emergency and stayed off my email except for a few key points during the day. Did this annoy some people? Sure. But it also made me a more productive and efficient employee. By establishing clear methods of contact, I gave my coworkers the tools they needed to reach me while giving myself the boundaries I needed to succeed. Eventually, the system worked for everyone, it just took a bit of getting used to.

This one sounds the worst of the three, which is why I saved it for last.

I’ve been privileged to work with amazing teams. A team-oriented trend I’ve noticed is that when you volunteer to take a task on a few times in a row, the task is assigned to you moving forward. This can be a good thing – especially if the task aligns with your long-term goals – but when your team is stretched thin and you want to keep your focus on you, it’s a hassle.

There were a lot of opportunities for me to offer help to my co-workers, but I actively chose not to do so. My instincts are to help the people I care about (a classic Pisces trait), so it took more restraint to do nothing than it did to do something.

I could have done a lot of things that would have helped everyone else, but then nobody would have been helping me. And isn’t that supposed to be our primary focus when it comes to our professional identities? Focusing on ourselves and the ways we can grow? My focus on myself might lead me to classic “work mistakes,” but if you approach them correctly they don’t have to be mistakes at all. They can be smart, tactical moves that benefit you. And if they end up benefiting other people along the way, that’s an added bonus.

My biggest dream vacation is to take a cruise to Antarctica!