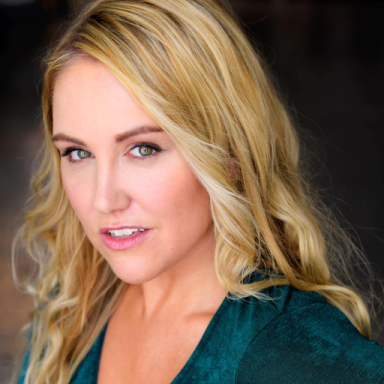 I knew from the moment I watched the Gemini queen that is Carey Mulligan lift her “too drunk” head up to pointedly ask Adam Brody, “What are you doing?” in the trailer for Promising Young Woman that this was going to be a film that I, for lack of a better term, heavily fucked with. What I didn’t realize when I hit play was just how many scenarios the film would portray in the next 105 minutes that would be all too familiar to the experiences I’ve faced as a heterosexual female-identifying woman. Because while too many of the instances are more than relatable to the modern-day female, I’m not sure that enough of us have really taken the time to process these circumstances and fully comprehend the everyday nuances that continue to categorize women as “overreactors” to the subtle belittlements stemming from our heterosexual male counterparts—some of which have been so engrained in their minds as acceptable ways to interact with females that even the “good guys” don’t realize how wildly inappropriate their actions truly are.

We start the film in a nightclub where a group of corporate middle-aged men are truly “feeling themselves” on a dancefloor while music blasts over the opening credits. When the music eventually stops, we see just how ridiculous they look as their drunk goggles have given them the false confidence that they are highly desired by everyone around them—a theme we continuously see throughout the film. We are next joined by Jerry (played by Adam Brody) and his friends who are eyeing up Cassie (played by Carey Mulligan) who can’t even sit up straight in a booth without stumbling over. As Jerry’s group comments on how “she’s asking for it” and question where her friends are, we see Jerry step up to the plate to “go help her out”—a move that is seemingly reserved for his other two skeezy friends on a normal night. In the Uber home, Jerry asks Cassie if she’d like to go have a drink at his place (clearly exactly what she needs right now), to which Cassie does not respond and continues to drunkenly stare at him. Jerry takes this as an indication that she’d love nothing more. The Uber driver looks upon an over-imbibed Cassie in his rearview mirror while telling Jerry to “put the address in the app” as this seemingly absolves him of any responsibility to step in and rectify the situation. Given the entire premise of the movie is centered around Cassie pretending to be too drunk and forcing men to face their predatory actions head-on, we know what happens next.

This is far from the only scene that packs multiple punches into just a few minutes of screen time. One of the next times we see Cassie playing the “drunken damsel in distress” is with Neil (played by Christopher Mintz-Plasse) in his apartment after a seemingly rowdy night out at the club. Neil is preparing a line of cocaine while explaining to Cassie how he’s working on an essay about “what it is like to be a man in this day and age,” which one can only guess he feels has New Yorker material written all over it. We all know these types of guys and Mintz-Plasse plays one so well. After becoming visibly annoyed that Cassie has “passed out,” he wakes her up with a loud clap only to proceed to take advantage of her in her “drunken” state. After Cassie pulls her trick on him, we get to see the aftermath of Neil becoming visibly alarmed at her now sober state of mind to which Cassie beautifully replies, “You need to calm down”—a phrase that is burned into every female’s brain after hearing it no less than a zillion times throughout our lifespans. After Neil insists they had a connection yet fails to even remember Cassie’s name, she asks Neil if he still wants to fuck her. While Neil says no, I would’ve almost liked to see him say yes in order to fully illustrate the audacity of this character.

This film also does a beautiful job of portraying what happens in matters of sexual assault when two females don’t see eye to eye on the reality of the situation. In this case, this happens when Cassie chooses to link up with her old college friend Madison (played by Alison Brie). Cassie begins with brunch small talk but shifts into a more serious topic—the sexual assault of their mutual friend, Nina, back when they were in college. Cassie slowly but surely realizes that Madison is continuing to downplay the situation that happened only a few short years ago as something that was “happening all the time back then” (obviously just not to Madison). Given Cassie is turning 30 in the film, her college days are only a few short years behind her. This interaction illustrates just how much public mindset has shifted on the topic of sexual assault in a few short years—but how much further it still has to improve.

The ending of the film took me on a rollercoaster ride of emotions and truly didn’t let up until the very end. One of the harshest revelations for both Cassie and the audience to experience is the realization that her seemingly flawless love interest, Ryan (played by Bo Burnham), isn’t who he appears to be and actually witnessed Nina get raped back in college by his “buddy” Al Monroe. After Cassie confronts Ryan about this and asks where Al’s bachelor party is going to be held, Ryan realizes he is backed into a corner and lashes out by calling Cassie a failure for dropping out of college, to which she simply responds, “Nice.” The amount of times we’ve seen a seemingly “nice guy” turn on a dime and put a female down with the cruelest of insults when he isn’t getting his way has been countless, and this scene expertly depicts this phenomenon—almost as perfectly as the scene where a man feels the need to call Cassie a “cunt” and other derogatory terms simply because her car is stopped in a street that has more than enough for him to drive around.

I’m not exaggerating when I say my soul left my body during the scene between Cassie and Al in the upstairs bedroom of the bachelor party. All I could do was sit there with my mouth open for several minutes as a single-camera shot edges closer to the brutal suffocation of Cassie under a pillow and, eventually, Al’s knee to her face. His demands for her to “just stop moving” are reminiscent to that of a toddler not getting his way in a candy store after his mom has simply told him, “No.” It is both chilling and horrifying and, in my opinion, would’ve been the perfect ending to this film. While Cassie’s “beyond the grave revenge” through several scheduled texts (which I’m still not convinced is an actual thing) is satisfying in the fantasy world of film, it doesn’t accurately depict the harsh hand that most victims of sexual assault are dealt in reality—zero closure.

Chloe Detrick is an actress, writer, and comedian living in LA.

How ‘Wonder Woman’ Destroyed The Male Gaze In Movies

Filmmaking While Female: ‘Sufferage’ In Hollywood

The Miseducation Of My Sexuality