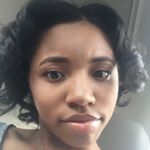 Picture this. You’re on a mission to become the best version of yourself and reach your fullest potential. Unfortunately, for you, there are so many obstacles that are blocking your path to greatness. And these obstacles cause you to stumble and occasionally fail. And every time you fail, it gets inside your head, and then you start continually beating yourself up over your past mistakes. To make things worse, you’re so self-conscious that you care so much about what other people say and think about you; as a result, you let other people define you and tell you how to live your life. Hence, you spend most of your time living for other people instead of living for yourself. Fortunately, for you, you’re capable of achieving greatness, and you’re capable of overcoming all of these difficulties (even though you may not realize it!). But to do that, you’ve got to start taking charge of your life. So, here are 7 ways that you can start doing just that:

1. Stop Dwelling in the Past

Dwelling in the past will hold you back and prevent you from taking charge of your life. Because it’ll keep you stuck. And if you’re stuck, you cant grow; because you’ll be too busy thinking about all the things that you should’ve done. Which is pointless considering that the past has already happened and there’s nothing that can be done to change it. So, don’t waste your time beating yourself up over your past mistakes. Instead, learn from your past mistakes and use them to make you a better person.

Stop wasting your time trying to fit in and get people to like you. Because being yourself is way cooler than fitting in. So, fuck anyone that tries to make you feel otherwise. And remember this is your life to live not theirs so quit wasting it seeking other people’s approval and permission. Instead, be you and do you.

Now, now, now you can hold your horses because I’m not suggesting that you have shortness of breath or a severe asthma attack(if so stop reading this article and seek medical help ASAP). I’m saying that you should start doing the things that you love. And to find out what your passions are you just gotta take a step back from all the distractions that the world brings and just breathe. By so doing, you’ll not only be able to regain control of your life, but you’ll also be able to learn and grow in ways that you never even thought possible. Plus, life’s too short to waste it doing things you hate. Which brings me to my next point…..

Don’t be a mere sheep who just blindly follows the so-called “norms.” Question them(especially if they’re not helping you achieve your goals). And don’t let anyone tell you what’s supposed to be right. And don’t let society tell you how to live your life. And fuck anyone that tells you that the status quo is the only way to live your life because it isn’t.

And if your passion happens to go against the grain then fuck the life script, fuck the status quo, fuck what they say and just go for it.

Maybe being a quitter isn’t so bad after all; in fact, you should quit if you’re doing something that’s making you miserable and isn’t helping you achieve your goals. Unfortunately, if you let it, sunk cost fallacy will keep you unhappy by telling you that you have to finish X because you already spent money on X. It may also tell you that you might as well finish X because you’re almost done with X. Even though, finishing X won’t do you any good because X isn’t helping you — but rather hurting you — like you thought it would. But if you know that there’s a better way of going about things then tell sunk cost fallacy to fuck off and just go for it.

6. Create a badass image of yourself

Stop aspiring to be a perfect, flawless person because nobody’s perfect and measuring yourself against some unrealistic image of yourself isn’t going to make you a better person; instead, it’ll make you feel like a broken piece of shit. And when you feel like a broken piece of shit, you’ll continue to remain trapped. Trapped in a never-ending cycle of self-loathing. Trapped because your quest for perfection is holding you back from being who you really are. Trapped because your pursuit of perfection is telling you that you’re not good enough. Luckily, you don’t have to remain trapped if you create a badass image of yourself–that isn’t so perfect, that’s realistic, but most importantly is still you but better. In other words, you don’t have to change who you are entirely, you just need to ditch your bad habits and bad behaviors. And then Voila! You’ll become a better version of yourself.

Let go of anyone or anything that’s holding you back from achieving your goals and reaching your fullest potential. Whether it’s past baggage. Because anything you’re holding on to such as not being popular in school, not being able to find your stuff, old grudges, etc. is just holding you back. Perfectionism(because you don’t have to be perfect you only have to be you but better), self-doubt, negative people who constantly belittle you and tell you that you can’t, etc. Just let it all go, as Elsa so wisely said, so that you can stop being held back by external and internal factors and start taking charge of your life.

Why Some People Get Mad When You Start Loving Yourself More