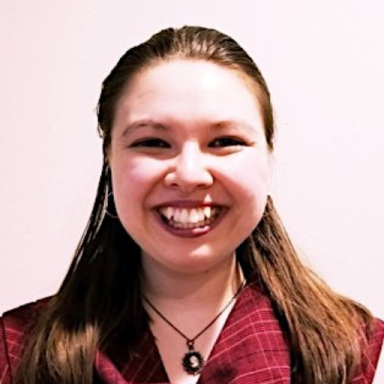 Growing up with two brothers with severe autism, I always felt like an outsider. Ordinary childhood memories, like going to the park, having friends over, and going on vacation, were often colored with chaos and frustration.

I remember my brother grabbing other people’s food at restaurants or passively falling to the ground in the middle of Disneyland to avoid crowds. Laughing and giggling, he refused to get up no matter how much we cajoled him. I hated the social stigma and attention my brothers caused, and as a kid, I prayed that I could grow up in a “normal” family.

I very rarely (if ever) articulate my experiences, and for a long time, I felt ashamed of how different my life was. I think all siblings of someone with a disability can attest that only people who have lived it truly know how it feels. This essay is a letter to my younger self and all the members of the “sibling club.”

If I could write a letter to my younger self, I would tell her that her feelings are valid. That just because she doesn’t get as much attention as her brothers doesn’t make her any less worthy.

Her true friends, her friends who love her to the core, would never shame her or ask her to change a single part of herself. Teenagers and adults may use cruel words such as “stupid” and “retarded”, but it will only mold you into being the resilient and empathetic leader you are today.

Your evenings crying about what other kids said or others’ stares only taught you how to be sensitive and love others. Your life experiences will be used to help and advocate for others who have been in similar situations. Being part of the “sibling club” is isolating, but you will work tirelessly to make sure nobody else feels the way you did.

I would have told her that always striving to prevent chaos by being the “golden child” of her family will only lead to burnout. She’ll realize that a lifetime spent proving herself will lead to disappointment when the accolades and awards don’t bring her happiness. I would have told her that there’s no need to minimize her feelings to ease the burden off her family because she never was a burden. Her unique hardships and emotions are valid, and being upset with her brothers when they can’t go to an outing or party is understandable.

I would have told her that being differently abled is a gift, not a curse. Our quirks, preferences, and habits need to be respected, and autism is no different. I would have told her that people with disabilities are more innovative and her brothers are no exception. That her yearning and disappointments made her more creative and think differently in this black-and-white world.

I would have told her that even though family time looks different from her peers, it doesn’t mean it is worse or devoid of love. That having time alone with her dad while her mom watched her brothers is truly precious. That the speech therapists, behavioral therapists, and teachers who rooted for her brothers would become family.

I would have told her that feeling lonely and isolated would teach her to befriend books and later, writing. That she would rather be alone than ever befriend someone intolerant or hateful.

She’ll be so proud when she sees how her brothers have matured into young, capable men, proving all cynical adults wrong that they would never learn to speak or care for themselves. Even when they move out, she will still feel their energy, pain, anxiety, and joy. I would have told her that the bond with her brothers goes beyond words and bloodlines, and that makes all the struggles worth it.