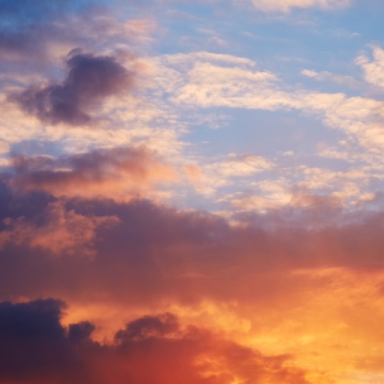 By Chelsea Temple Updated February 5, 2019
How I Met Your Mother

By Chelsea Temple Updated February 5, 2019
How I Met Your Mother

I’ve always known that I wasn’t a sun set, walks in the park, let me swoon over your romantic guitar solo kind of girl, but it wasn’t until I actually experienced what it was like to be in a relationship did I realize just how much I wasn’t that girl.

At twenty six, it was different for me to be with someone. I was so accustomed to being alone that accommodating another person was difficult for me. It felt unusual being on the receiving end of someone else’s affections. In my head, I had always wanted to be the one who gave love. I wanted to be the strong, self-sufficient one, the one who fixed the other, but reality isn’t like that. No one is the typical teenage movie angst ridden anti-hero who just needs a loving influence. Everyone is just fine and whole on their own. There is nothing required to make anyone complete, and even if there is, it isn’t a person. Worse, instead of being the strong one in the relationship he ended up wanting to take care of me. I felt offended almost. I wasn’t weak. I didn’t need his help or his compliments. He tried to woo me, to take me on nice dates, and say flattering things, and I just felt wrong. I felt like he was trying too hard, but after finally getting someone who actually wanted to be with me I felt like I had to try too.

We went on a walk once. The sun was setting on a comfortable June night as we walked along the track near the University we both attend. As we made our way through some grass hundreds of fireflies filled the air. I looked around and thought, “Nicholas Sparks, please find your way out of my life”, but he looked as if he were in Heaven. He even gushed about it afterwards about how romantic he thought the whole thing had been. I knew that he was a big fan of physical displays of affection so as we walked I linked our arms together hoping and praying that at any moment that it would start to feel natural to me, but all I kept thinking was how fast can I get back to my car and get out of this awkward arm lock thing we had going on. I hated it.

For years and years that kind of physical intimacy was the only thing that I had wanted, but when I had it, all I wanted was to be home sitting in my bed, eating ice cream, and watching an episode of my latest obsession, The Office. Okay, so I was late to two trains, the get a boyfriend train and the show every college guy says that he can’t live without. But where I felt a sense of satisfaction at finally finishing every season of The Office I only felt lost after every date that we had, lost and confused. In some ways, our relationship was everything that I thought and wanted it to be, but when the new wore off, I didn’t count on feeling like I did. And I wasn’t sure if it was that the attraction I had felt so strongly in the beginning had been dulled by our too frequent arguments and clashing personalities, or if there was something wrong with me.

During our short, one month relationship I had gone from a rather sexual person to not being able to get off watching porn. What had always looked sexy to me before now looked like a chore for the women involved. Even after we broke up when I thought about being with anyone else I felt a strong sense of “No thanks!” Eventually those feelings of sexual attraction and need came back, but whenever I thought of holding someone’s hand or committing to the constant communication that being in a relationship requires, I felt sick. I just no longer cared about wanting someone in the marriage, date night, couple story kind of way. I no longer wanted any part in a romance.

After some googling, I knew that I wasn’t a heartless sociopath I can love after all, but loving someone and having romantic feelings for them are two different things. Then I discovered a term, Aromantic: A person who has no interest in or desire for romantic relationships. The information seemed to fit me in a way or at least, what information I could get off Tumblr did. But then I thought, do I really want to identify in this way? A part of me thinks that I haven’t had enough experience to say that I do or don’t. While another louder part says, Do you really want to be an outsider in yet another way? A super late bloomer and unable to participate in typical romantic activities? Did I want to perhaps prematurely sign myself up for a life without romantic love when once upon a time that was all that I thought about? Did I want to be different? Do I even have a choice?

He asked me one night when we were still together if I was afraid of commitment. I said that I didn’t like it when people relied on me because I wanted to stay free. And that feeling went both ways, I didn’t want to rely on anyone else too much either.

He thought that was horrible, but it was only the truth. When we first got her when I was back in high school, I told my grandmother that I didn’t want her because I didn’t want to love her too much. The truth is, that even then I knew that if you love something or someone eventually you will get hurt whether it’s by them leaving, dying, or in hurting you so much that you leave them. My first relationship wasn’t what I had spent nearly all my life dreaming about. It wasn’t anything like what I had built in my mind. In my imagination with my fantasy lovers everything is perfect. You can skip the mundane, the eating Chinese on the couch watching Game of Thrones, and get straight to the dream sex. And that, was and still is comfortable for me, or at least more comfortable than walking on a beautiful June night arm awkwardly linked with someone else’s.

I’ve reached the conclusion that I don’t want to be loved. I don’t want anyone to rely on me and I don’t want to love or rely on anyone else either, but I’m human. And there are still some things that I crave, love being one of them, and I know that things and people aren’t here forever. So, I still cuddle my aging poodle even though one day she’s going to die and leave me. I still tell my grandmother and nephew that I love them and we depend on one another every day to get by. And while I’m unsure if romantic attraction can ever be on par with sexual attraction for me if I ever get another opportunity at a relationship then I plan on giving it a try. I plan on kissing a lot of frogs whether that means I find one whose hand I do actually want to hold or I realize that I’d rather not risk the warts after all. If only to figure out more of who I really am.