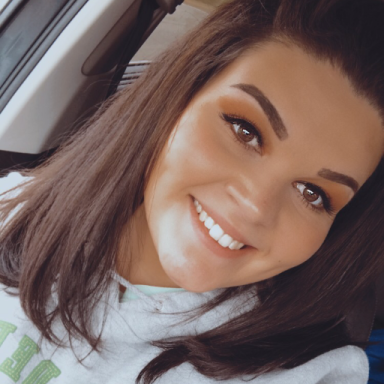 When I was young, I truly believed that love could save anything. As long as I had love, everything would be okay, and that it did, indeed, conquer all.

This was before I was in love with an addict.

First and foremost, I am not here to degrade those suffering from an addiction. I truly believe that there is still good in anyone who loses themselves through the addiction struggle. I am merely here to give my side of a non-addict who loved someone with an addiction.

When I first met the father of my children, he was the love of my life. I knew I would marry him and we would begin a life together with all the frills and trimmings. He was my happily ever after.

The addiction didn’t rear its ugly head until after we had our first daughter, who was two years old and I was pregnant with my youngest. I was working as a waitress and working nearly seven days a week. I was exhausted, mentally and emotionally.

When he started bringing the bottles of Canadian Mist home, I didn’t think a thing about it. He worked hard. He had a right to relax, and who was I to harp and nag at the man working so hard for his family? No, he had that right.

Then the bottles started to come in multiples every single night. Again, he had that right. He wasn’t neglecting our daughter (so I had thought) and bills were paid. Everything was fine, wasn’t it?

It went from the innocent bottle of whiskey to a small bar shaped pill. “Xanax,” he explained. “It will help my nerves, without all of the alcohol.” And I, the blindly, loyal, loving wife, didn’t question him as he popped two of them into his mouth to dry swallow.

In hindsight, I see everything that I was doing wrong. By being silent and complacent, I was enabling him and his addictions. But I loved him so very much. And I couldn’t imagine my children not having a father. I was convinced that we would get through it and that things weren’t so bad. But they were just going to get worse.

I gave birth to my son, my beautiful baby boy, on June 24, 2016. I had somewhat of a traumatic birth with him and was emotionally a wreck. I was alone when I gave birth to him. Other than the nurses, so sweetly guiding through my painful contractions, my husband was not there with me. He was so drunk and so messed up on these Xanax bars that he could not function enough to be at the hospital. I knew the nurses pitied me, but the pride in me made THEM the enemy. Who were THEY to judge? They didn’t know what he had gone through or what he dealt with.

After I came home, I had hoped that our son would help him clean up his act. But honestly, he just got worse.

I was not home for even a week before he left me and the children at home, without a vehicle, for three days. I ran out of baby formula for my son and could not get to the store to get him some. My husband was not answering his phone and my hungry baby was crying and all I could do was cry along with him. Thankfully, I had some awesome coworkers who made the trip to me with formula for my hungry baby after I had no choice but to reach out for help.

When he did return home, I was furious. Here I was with a newborn and a two-year-old and he was just out running the streets. I yelled at him and he just looked at me with no sort of expression on his face and next thing I know, he punched me in my face with a closed jaw. He hit me so hard that I literally crumpled to the floor. He got down on the floor to be level with me and told me I would never speak to him in that manner and I wouldn’t question his whereabouts again or things would get that much worse.

And at that moment on July 1, 2016 is the moment that my spirit broke. I began to live life on autopilot. When I finally was able to go back to work, whatever money I made, he would take and spend on what he wanted. I would try to hide money to make sure we had food and electricity and water, but he always would manage to find it so I lived in constant fear of losing power or my kids being hungry.

Why didn’t you just leave? I hate that question. But to make it simple, I had been cut off from all of my family over time because he did not want to share me with anyone. And I allowed it. The signs of abuse were always there, when I look back at everything now. The drugs merely made it more bold and more brazen.

I finally was able to leave when I knew my children were no longer safe. I was packing our belongings and he found me and asked what I was doing. By then, I was so tired of being afraid and I just told him that we were leaving and we weren’t coming back. He didn’t say anything, he just walked out of the room. And then I heard a gunshot. My heart dropped because I automatically thought he shot one of my babies and I went into straight Mama Bear mode. I was going to kill him with my bare hands. When I made it to our living room,I remember hearing both my kids crying. And I remember the relief of knowing that they were not hurt. I also remember staring down the barrel of a shotgun he had owned. I knew right then and there that he was going to kill me and the kids and then himself.

My whole body went into adrenaline mode. I knew if I ran out of the house, he would follow me, and I knew that there was a chance that someone would hear my screaming and would come outside. I also knew if he was after me, he wouldn’t hurt my babies.

I took off outside and as I had hoped, he followed, carrying his gun like he was some sort of soldier. I was screaming for help from anyone. He shot in my direction but he missed and I continued running blindly in a zigzag pattern because my own father had taught me that while he was in law enforcement. He shot at me two or three more times and I had a neighbor come outside who was a USMC veteran. He had heard my screaming and the gunshots. Instead of ignoring what was happening like so many others, he was able to use what training he had learned as a Marine and was able to disarm and subdue my husband, while his wife gathered my crying children who were too young to know what was happening.

He was arrested and charged and released on bond 12 hours later. He hired an excellent defense attorney who was able to paint him as a tortured man who had only turned to drugs to cope with things that had happened to him as a child and he was able to go to rehab without serving time in jail.

I was angry for the longest time. Justice had not been served for my children and I. But there was a silver lining at the end of it all. His parental rights were terminated by the state because of his actions, regardless of what the defense painted him as. He was too dangerous to be around my children, and now he doesn’t even have the option to, regardless if he tries to get clean.

I have not heard from him since 2017. I had to move back to my parents after having to start completely over. I spent a lot of my time angry and hating him. But by the grace of whatever higher being, I feel absolutely nothing for him. The love that, quite literally, almost killed me is nonexistent. My children do not remember him, nor do they ask. I don’t bring him up and I live my life like he does not exist.

When you love an addict, you stop loving yourself. Your whole mission becomes making them better or making them WANT to be better. But please know that this will never happen unless THEY want it to happen. You cannot save someone who does not want to be saved, no matter how much you love them.